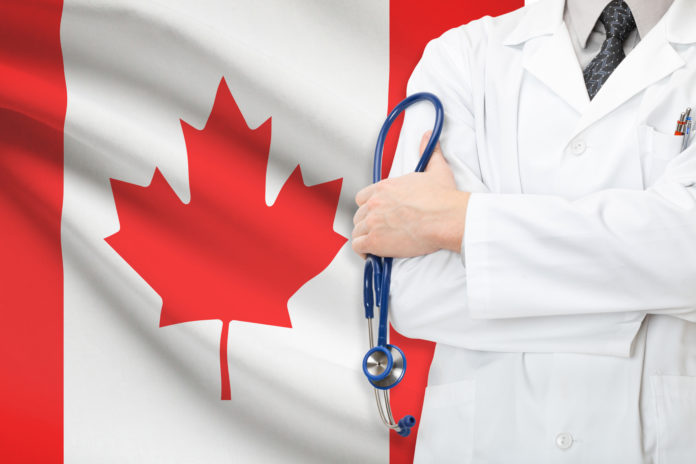 Even in the rarified world of doctors’ salaries, there are those who do better financially than their colleagues who went into other specialties.

In its Physicians in Canada, 2019 report released last year, the Canadian Institute for Health Information provides the amount of money paid to each specialty in the medical field in Canada.

During that time period, the average gross clinical payment per family medicine physician ranged from $217,000 in Newfoundland and Labrador to $310,000 in Ontario.

Here are the Top 15 Jobs For Medical Doctors In Canada, ranked from the highest to lower-paying specialties. All of these jobs fall under National Occupational Classification (NOC) code 3111 for specialist physicians, apart from family medicine, which falls under 3112.

Fixing people’s eyes lets ophthalmologists see more of the green than any other medical specialty in Canada. These medical doctors get an average of $791,000 in gross clinical payments.

With the aging of the population, this already-competitive field is going to see demand explode over the coming decade.

Surgery of any kind is not for the squeamish and literally holding a person’s heart in your hands takes a special kind of both skill and temperament not possessed by many people.

Cardiothoracic surgeons in Canada get paid an average of $588,000 per year because of their education, steady hands, and nerves of steel.

Unfortunately, almost half of these specialists are more than 65 years old and so many of them will soon be retiring and this will drive up demand for those with these abilities to do the job.

You know your job is pretty tricky and that it requires a lot of education and skill when it’s actually part of a popular saying to indicate how difficult something is: “Well, it’s not brain surgery!”

For neurosurgeons, their job literally is brain surgery. And it allows them to earn an average of $558,000 per year. Demand for neurosurgeons is growing in Canada, ensuring that recent grads specializing in this field can be almost guaranteed to find very good-paying jobs after school

When something goes wrong “down there”, it’s often a job for the urologist, the medical specialty that treats urinary tract diseases in men and women – and the reproductive tract in men.

That sometimes means surgery to remove a cancer or fix a blockage in the urinary tract, not something most people particularly enjoy contemplating. For doing that work, urologists get paid an average of $500,000 per year in Canada.

A general surgeon is the medical specialist who handles pre and post-operative care, particularly for those needing neck or pediatric surgery. They handle surgical critical care, surgical oncology, trauma and burns, transplants and vascular surgery.

This is the medical professional depicted in just about every TV show set in a hospital with an operating room. They get paid $466,000 per year on average.

Anyone who has ever had a nasty fall and broken a bone has been grateful for the skills of an orthopaedic surgeon, probably the coolest of all the medical specialties.

These are medical specialists who diagnose and treat problems with bones, joints, ligaments, tendons and muscles. A lot of orthopaedists are generalists, but others specialize in certain areas of the body and will focus on things like hip and knee replacements.

Going under the knife or suffering due a serious medical condition? A good anesthetist can quickly become your new best friend.

This is where science meets art meets human compassion. It takes a fine touch – and a lot of knowledge. Anesthetists make an average yearly income of $437,000.

Despite the glamour of the plastic surgeon’s lifestyle portrayed on American TV shows, these medical specialists are in the middle of the pack of the top-earning medical professions in Canada where they earn an average of $394,000 per year.

OB-GYNs are doctors specializing in women’s health issues, including menstruation, childbirth, and menopause. Most of them work in private practice and earn an average of $392,000 per year in Canada.

During the Covid-19 pandemic, these medical professionals were instrumental in flagging the extra risks to pregnant women who contracted the illness.

“Pregnant women … who have COVID-19 appear more likely to develop respiratory complications requiring intensive care than women …  who aren’t pregnant,” wrote Dr. Jennifer Blake, chief executive officer of the Society of Obstetricians and Gynaecologists of Canada, in April this year.

“Providing ventilator support in pregnancy is more challenging, and the risks are greater to both mother and child,” she wrote. “Pregnant women …  with COVID-19 are more likely to have a premature birth and caesarean delivery, and their babies are more likely to be admitted to a neonatal unit.”

Say “dermatologist” and most people immediately think of someone treating skin blemishes. But that’s only a tiny part of that these medical professionals do. They actually treat more than 3,000 diseases.

They are specialists dealing with, yes, your skin but also your hair, nails, and your mouth, nose and eyelids’ mucous membranes.

Taking care of the tiniest of patients, pediatricians handle a huge number of medical conditions. They care for infants from before birth and then right through to the teen year in many cases.

Not surprisingly, then, many of them further specialize into such areas as child abuse, pediatric oncology or cardiology, adolescent medicine, or neonatal-perinatal care.

These medical doctors are the experts in physical medicine and rehabilitation and treat a wide variety of conditions affecting the brain, spinal cord, nerves, bones, joints, ligaments, tendons and muscles.

When someone has suffered a serious injury, these are the doctors that will help with their rehabilitation.

According to the Canadian Psychiatric Association, there are about 4,770 psychiatrists in Canada and the demand for them continues to outstrip the number of these professionals available to handle the case load, with many regions in the country lacking what are considered adequate psychiatric services.

The average salary for a psychiatrist is $282,000 in Canada.

The family doctor that is the front-line medical professional for just about everything that commonly affects anyone is currently the lowest-paid of the top-grossing medical specialties in Canada.

Family doctors in Canada earn an average of $280,000 per year, just a tad over a third the income of an ophthalmologist.

Canada Unemployment Falls To New Record Low Of 5.2%, Spearheaded By...