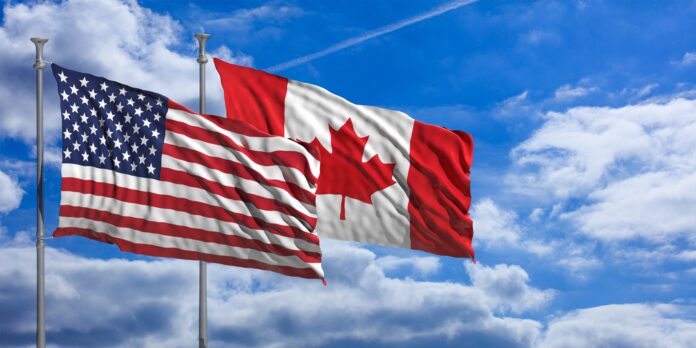 Canada immigration news: The USA is lurching to the right on a number of important issues, with the latest example the highly controversial move by the Supreme Court to end women’s right to abortion.

With the decision leaving many Americans feeling disenfranchised and frightened about the direction their country is headed, Canada could be an ideal destination for those who have simply had enough of the US.

Overturning Roe vs Wade triggered the closure of abortion clinics across the country, with some states already having laws in place to ban abortion in anticipation of the Supreme Court’s decision.

In the same week, as Democrat President Joe Biden celebrated the successful passing of mild gun control measures, the Supreme Court moved to make it easier to carry firearms by overturning a 1913 New York licensing law.

This came despite 225 mass shootings in the US in 2022 (or more than one a day), including the bloody massacre of 19 school children and two teachers in Uvalde, Texas on May 24.

Same sex marriage and contraception could be next, with Justice Clarence Thomas suggesting the Supreme Court could reconsider a slew of decisions, placing further constitutional rights under threat.

The controversy dates back to the presidency of Donald Trump, when he was able to nominate three new Supreme Court justices – namely Neil Gorsuch, Brett Kavanaugh and Amy Coney Barrett – and significantly shift the balance of the bench to the right.

The nominations left many Americans fearful of the consequences, and now those fears are being realised.

Even before Trump’s Supreme Court picks, Americans were already considering their options to move north. His election victory over Hillary Clinton triggered a huge surge in the number of Americans researching how to move to Canada.

The number of American citizens becoming Canadian permanent residents rose in every year of the Trump presidency except the last, from 7,655 in pre-Trump 2015, to a peak of 10,900 in 2018, his third year in power. 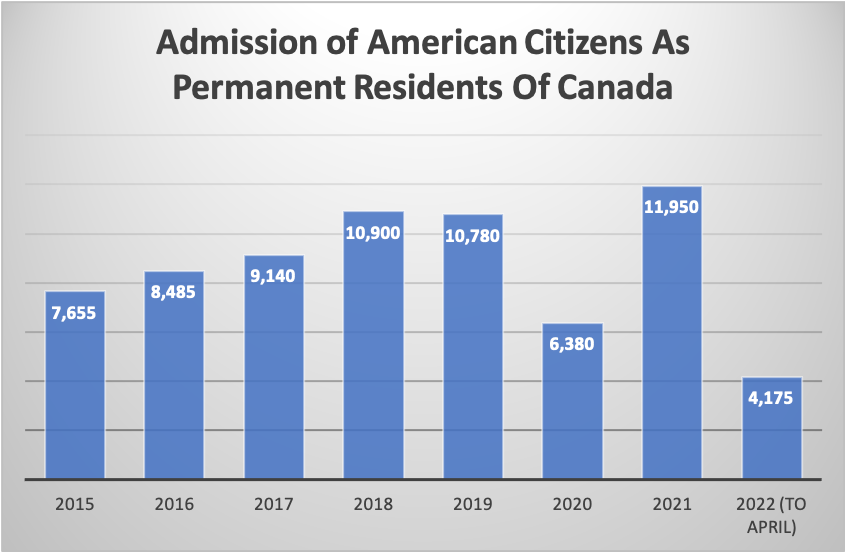 Canada has a plethora of options for American citizens who wish to immigrate here.

In addition to economic programs, Canada also has an established family sponsorship immigration program, which include options for LGBTQ couples and common law partners.

With provincial programs also welcoming newcomers using a wide variety of criteria, American citizens interested in moving to Canada have many pathways open to them.

What Are The Options For Immigrating To Canada From the USA?

Canada accepts the largest number of immigrants under the economic class, with annual levels set to reach nearly 270,000 by 2024.

There are many immigration streams to be considered when considering applying for Canadian permanent residence from the USA.

If you do not qualify through a federal economic program, the next step is to consider provincial streams for your application for permanent residence from the USA.

Canada also aims to attract entrepreneurs and investors through its business immigration programs, with many applications accepted from the USA.

Intake for the Quebec Investor is currently paused.

Several of Canada’s other provinces also operate business programs as a route to permanent residence from the USA.

This is a popular route for candidates who do not immediately qualify for permanent residence when applying from the USA.

Candidates in the USA with family members who are already permanent residents or citizens can apply through Family Class Sponsorship immigration.

Which Family Members Can Be Sponsored For Canada Immigration From The USA?

These fees apply to:

Adopted Children and Other Relatives

These fees apply to: