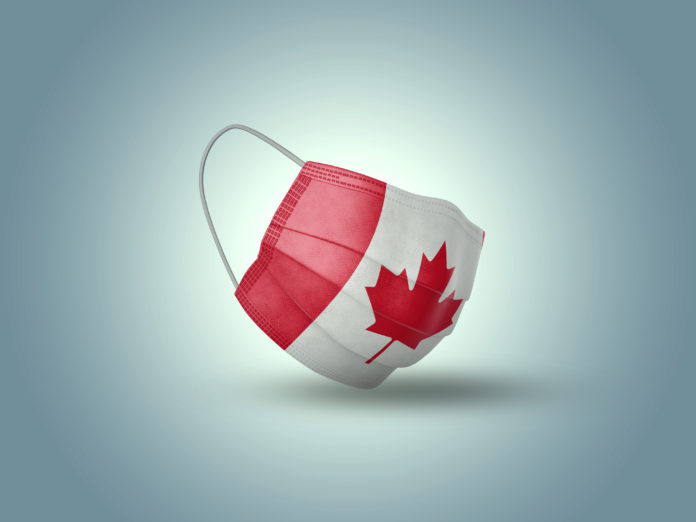 In the wake of what has been a historic and costly disruption to both the Canadian economy and its immigration processes, vaccination rates against COVID-19 are up, causing case counts to go down and the country to gradually reopen.

Within a few months, it looks very likely that immigration to Canada will rebound as well.

It’s hard to imagine that it was only six months ago that the country was gripped in fear over new variants of COVID-19 and lockdowns were becoming commonplace throughout Canada as case counts rose ever higher and crippled the economy.

Statistics Canada, the country’s statistical analysis agency, noted Canada had suffered the biggest quarterly drop in its population growth rate since the Second World War in the third quarter of last year. The loss of international students for the fall semester due to COVID-19 travel restrictions was at least partly to blame.

Canada Suspended Flights From the UK For 72 Hours

In an attempt to prevent the spread of a new strain of the coronavirus causing COVID-19, Canada had suspended all flights from the United Kingdom for 72 hours only five days before Christmas. The World Health Organization was then already warning nations that the new variant was spreading much more quickly than other strains.

Things didn’t look good. But there was hope. Hope in form of the arrival of COVID-19 vaccines that promised to build herd immunity by this autumn.

“If all goes according to plan, we should be able to have the majority of Canadians vaccinated by next September,” Prime Minister Justin Trudeau said ahead of the New Year. “That puts us in very good stead.”

While pushing ahead with its vaccination program, Canada took measures to do everything it could to boost immigration and bring valuable skilled workers and international students to the country by introducing a series of reforms to immigration policy and procedures.

Early in January, Immigration, Refugees and Citizenship Canada (IRCC) gave visitors, study and work permit holders in Canada affected by the COVID-19 pandemic more time to restore their status with an extension of a temporary public policy first announced in July 2020. That policy was later tweaked and broadened to allow visitors to do the same thing provided they had a job even if the offer was not with the original employer.

That policy had initially been set to end Dec. 31, 2020, but was extended to Aug. 31 this year to override the usual 90-day window for former workers, students and visitors currently in Canada whose status was to expire after Jan. 30.

As it helped those already in Canada, Ottawa also toughened up public health precautions at the border to curb the spread of COVID-19.

Transport Minister Marc Garneau announced that under the Quarantine Act almost everyone over the age of five flying into Canada would need to prove they didn’t have COVID-19 by showing the results of one of two approved tests.

Those who couldn’t – or wouldn’t – produce a negative COVID-19 test result would be turned back.

“This new interim order will help protect Canadians and air travellers. We continue to assess public health risks, as we work to limit the spread of COVID-19 in Canada,” he said.

Within days, in mid-January, Ontario Premier Doug Ford hastened to make free COVID-19 tests available to those landing at the Toronto Pearson International Airport to minimize the amount of time that travellers would need to spend in quarantine.

“With over 60,000 international passengers coming into Pearson airport every week, we can’t take any unnecessary risks,” said Ford. “That’s why we’re putting in place this new pilot program to help stop the spread of COVID-19 and respond to new threats like the recent strain of the virus we’re seeing in an alarming number of countries without the same travel restrictions as the U.K.”

In a deal with Ottawa, the major airlines, Air Canada, WestJet, Air Transat and Sunwing, all agreed to halt services to Mexico and the Caribbean to discourage international travel during the coronavirus pandemic starting Jan. 31 until Apr. 30.

“With the challenges we currently face with COVID-19, both here at home and abroad, we all agree that now is just not the time to be flying,” said Trudeau.

By February, it was clear more needed to be done and Ottawa decided to require all those coming into Canada through a land border also had to show a negative COVID-19 test just like it did air travellers coming into the country. Anyone who failed to comply could be fined up to $3,000.

Meanwhile, lockdowns in Ontario and Quebec were taking their toll on employment in the country.

In another measure to minimize the impact of COVID-19 public health restrictions on the economy, Ottawa granted international students an extension in mid-February to the opportunity to complete their entire programs online from their home countries and still qualify for a Post-Graduation Work Permit (PGWP).

“With the prospect of many international students continuing online learning from abroad for several more months, temporary changes to the PGWP Program put in place earlier in the pandemic are being extended and expanded,” an IRCC statement said.

Immigrants coming to Canada under the Start-Up Visa Program to set up businesses and create jobs continued to be welcomed with open arms during the pandemic. So too were business travellers – many of whom were foreign nationals seeking permanent residence in Canada through economic immigration programs – coming to provide critical infrastructure support, economic services, supply chains, or any other activity considered essential by Ottawa.

Even with those measures, Canada’s population growth stalled. By March, the full impact of the pandemic on the country’s population growth was starting to be documented. Statistics Canada revealed that immigration in 2020 had been down by roughly 80 per cent compared to 2019.

Canada’s prime minister and the airlines began to publicly muse about the possibility of vaccine passports to allow those who had been vaccinated to travel and gather more freely in public while preventing the spread of the coronavirus.

Ahead of the third wave of the pandemic – and while the COVID-19 case numbers were still relatively low compared to what they would later become – Canada’s transport minister also considered encouraging travel by extending the list of occupations deemed essential.

“We are specifically talking about different groups that would be potentially considered to be essential workers, that have the need to cross the border for specific reasons,” Garneau told a parliamentary committee.

As COVID-19 cases climbed ever higher, though, Ottawa’s hand was forced and it further restricted international travel.

In late April, Canada suspended passenger flights from India and Pakistan for 30 days in a move aimed at stopping the spread of COVID-19 after India recorded 314,835 COVID-19 infections on a single day, the world’s highest daily tally.

Asia, though, is the greatest source of international students to Canada and it also became clear in April that the need for these students to quarantine in hotels upon arrival was having a dramatic effect on their ability to come to Canada to study.

Fighting back against the economic blow caused by the loss of Temporary Foreign Workers to its province, Quebec decided in late April to make the COVID-19 vaccine available to temporary foreign workers who are working on farms in the province.

“These temporary foreign workers are included in the priority group of essential workers in environments at high risk of an outbreak,” said a statement from the Quebec immigration ministry (MIFI).

Within a couple of months, those vaccines became free for anyone in Quebec who could produce a valid ID, including visitors from other provinces and international students.

Each pilot program is slated to last for five years and includes up to 550 candidates per year and their family members.

The province also allocated $246 million for programs to attract and retain immigrants. That money was earmarked to allow MIFI to beef up its processes to better recognize immigrants’ foreign qualifications, to recruit immigrants to outlying areas, to match the need for immigration to labour market needs, and to improve programs designed to integrate these newcomers into Quebecois society.

At the height of the third wave of the pandemic, in May, many immigration experts were openly questioning whether Canada could reach its immigration targets for the year.

Immigration Minister Marco Mendicino reassured the world that Canada would hit those targets due to improvements in processing applications, online immigration processes, and new policies and streams to permanent residency.

The IRCC responded to the immigration challenge during the pandemic in a number of ways.

Among them, it slashed the Comprehensive Ranking System (CRS) scores in an Express Entry draw that saw more than five times as many Invitations to Apply (ITAs) issued as usual.

Ottawa then followed that by launching six new pathways to permanent residency for temporary foreign workers and international graduates. The cap on anglophone applicants under three of those new steams was 90,000 but there was no cap set on the number of francophone and bilingual candidates.

“Hitting the targeted level of francophone immigration is always a challenge for francophone communities,” said Simard in French.

He praised the new pathways to permanent residency for making it easier for those francophone grads who are already in Canada and well-integrated into the country’s communities to remain here.

“One in three workers in our healthcare system is an immigrant,” said Mendicino when the new pathways were launched. “That’s why this new pathway is so important.”

Another step Canada took during the pandemic was the decision to shift to a completely digital immigration process to speed things up.

“My vision for our immigration system going forward is that it is completely virtual and touchless and that each and every one of these steps is integrated so that we become the envy of the world,” said Mendicino.

Canada is already a world leader in putting its immigration processes online, he said.

“In a world that is increasingly going virtual, we are leading the way, especially when it comes to our immigration system,” said the immigration minister. “We are the only ones that have moved our citizenship ceremony online, to my knowledge, and now we are also moving into the digital space when it comes to testing applicants.”

With its innovations during the pandemic, the IRCC is getting top marks from a respected think-tank for its success in boosting the number of permanent resident arrivals despite COVID-19.

“The improvement we’re seeing in permanent resident admissions is encouraging and good news for the economy,” said Iain Reeve, associate director of immigration research at the Conference Board of Canada.

“Immigration helps stimulate the economy, and with deliberate policy choices regarding settlement services and credential recognition, these economic impacts can be enhanced as we emerge from the global pandemic.”

With Canada approaching herd immunity – and perhaps already there – the number of new daily cases of COVID-19 are approaching lows not seen since after the first wave, with only 314 new daily cases of the illness reported on the last day of June. That will allow Canada to open up its borders to immigration and the number of new immigrants to the country will likely very quickly rise to previous levels.

“Most Canadians should be fully vaccinated sometime this fall,” forecasted the Conference Board of Canada in late June.

“This will lead to a reopening of the economy, allowing real GDP growth to accelerate rapidly in the second half of this year. Overall, we expect real GDP to expand by 6.1 per cent in 2021, followed by a gain of 3.5 per cent in 2022.”