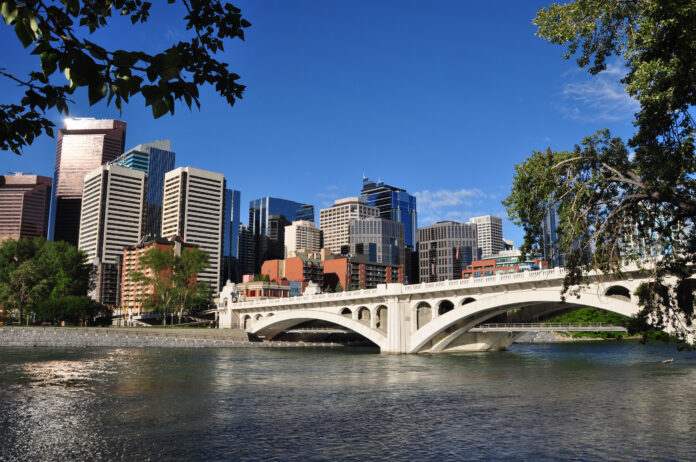 Canada immigration news: Inflation in Canada is reaching record highs driven at least in part by a serious labour shortage that is leading employers to offer higher and higher wages in desperate attempts to outbid one another for the few workers who are available.

“Wages for newly-hired employees are accelerating even as employers are accepting less-qualified workers,” wrote Philip Cross, a senior economist and Munk senior fellow at the Macdonald-Laurier Institute, in December last year.

“Hiring workers at higher pay may seem positive for the economy, but can often translate into lower productivity which raises unit labour costs,” wrote Cross. “This reinforces the upward pressure on inflation while eroding our ability to compete with firms in the United States.”

The economist’s words have proven to be prophetic.

Squeeze On Labour Drives Up Wages And Contributes To Inflation

Prime Minister Justin Trudeau’s government had then just brought in a record number of immigrants, 405,970 new permanent residents in a single year, and was eagerly trying to attract immigrants and temporary foreign workers to come to Canada to fill jobs going begging for a lack of qualified candidates.

Within two months, Immigration Minister Sean Fraser announced Canada would again try to attract a record number of immigrants this year – and for the next two as well.

“We are focused on economic recovery, and immigration is the key to getting there,” said Fraser in February after announcing the latest immigration levels plan. “Setting bold new immigration targets, as outlined in the 2022-2024 Levels Plan, will further help bring the immeasurable contribution of immigrants to our communities and across all sectors of the economy.”

Three months after Cross warned of the inflationary pressure of too-tight a labour market, Canada’s unemployment rate dropped to only 5.3 percent in March, the lowest level since comparable data started being kept in 1976.

Canada now has the tightest labour market in more than half a century. And the country is also experiencing its highest rate of inflation in more than 30 years.

Inflation Rises To More Than 30-Year High In Canada 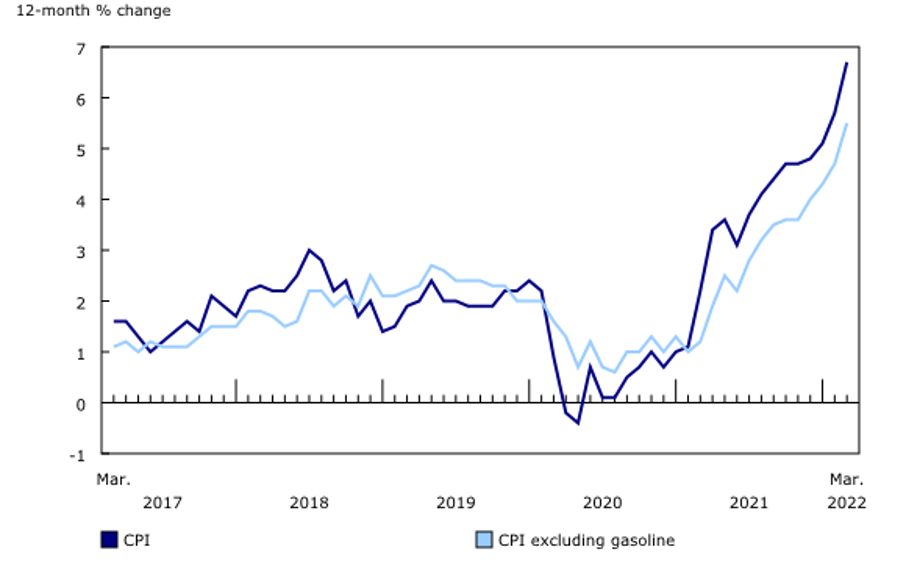 In its Consumer Price Index report for March, the statistical and demographic services agency provided analysis of some of the underlying causes of this inflation.

Statistics Canada blamed the high inflation rate on soaring housing costs and supply chain woes due to the Russia-Ukraine war which are driving up energy, agricultural, and commodity prices.

But the impact of severe labour shortages on inflation did not go unnoticed.

By March This Year, Canadian Wages Had Risen 3.4% In Past Year

“Employment continued to strengthen in March, as the unemployment rate fell to a record low,” noted Statistics Canada. “In March, average hourly wages for employees rose 3.4 percent on a year-over-year basis.”

Labour is commonly regarded as one of the most significant costs for a business. Manufacturers can expect labour costs, which include not only wages but also benefits, payroll deductions and applicable taxes, to be almost 30 percent of their total costs.

When wages rise, those businesses have little choice but to pass on those costs or make drastic cuts elsewhere in their operations.

In many parts of Canada, those pay hikes are rising faster than inflation. In Nunavut, the median hourly wage rose by 12.5 percent in the past year. In Nova Scotia, the increase in median hourly wages was 10 percent, in New Brunswick 8.3 percent, and in the Northwest Territories almost 8.6 percent for the comparable period.

A big part of the reason for the labour shortages is the retirement of so many baby boomers, the huge chunk of Canadian society born between 1946 and 1964. They’re now aged between 58 and 76 years old and are gradually leaving the workforce, taking with them their education and work experience.

Baby Boomer Retirement A Ticking Time Bomb That Has Exploded

In a report released Apr. 28, Statistics Canada noted the impact of the steady stream of boomer retirements.

“Canada’s working-age population has never been older,” Statistics Canada reported. “More than one in five persons (21.8 percent) are close to retirement age (between 55 and 64 years), an all-time high in the history of Canadian censuses.

“The aging of many baby boomer cohorts, the youngest of whom are between 56 and 64 years today, is accelerating population aging. There are challenges associated with an older workforce, including knowledge transfer, retaining experienced employees, and workforce renewal.” 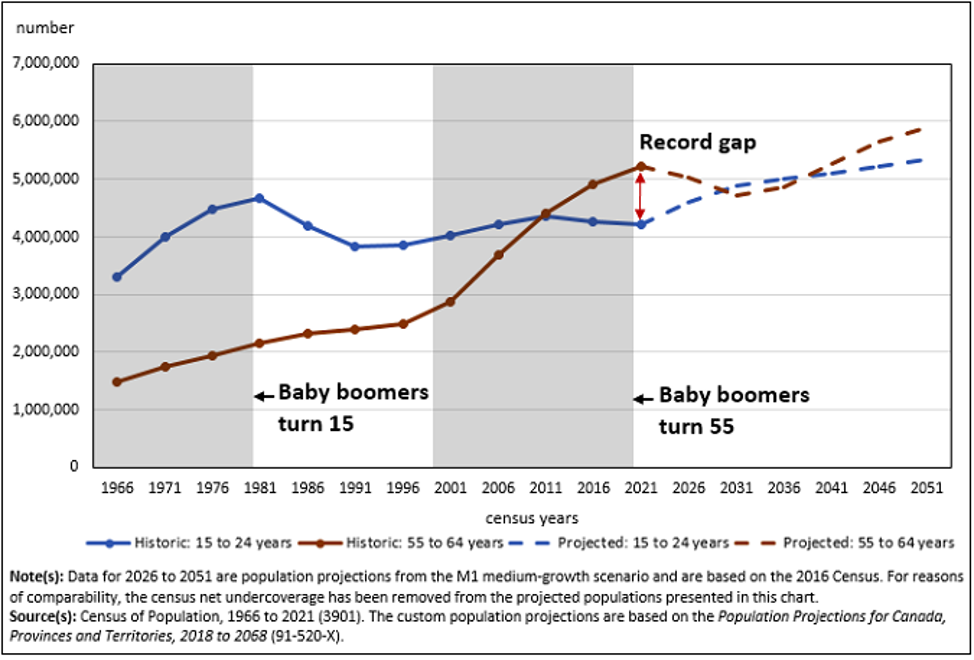 “From 2016 to 2021, the number of children younger than 15 grew six times slower than the number of persons aged 65 and older,” reports Statistics Canada.

There are also fewer people aged 15 to 24 years of age who are likely to enter the workforce soon than there are boomers nearing retirement age.

In a rapidly-aging workforce, immigration has a rejuvenating effect on the population, notes Statistics Canada.

When immigration to Canada dropped to just under 185,000 new permanent residents in 2020, the share of young adults in the country’s population fell because immigrants and temporary residents are often young adults in their twenties or thirties when they arrive in Canada.