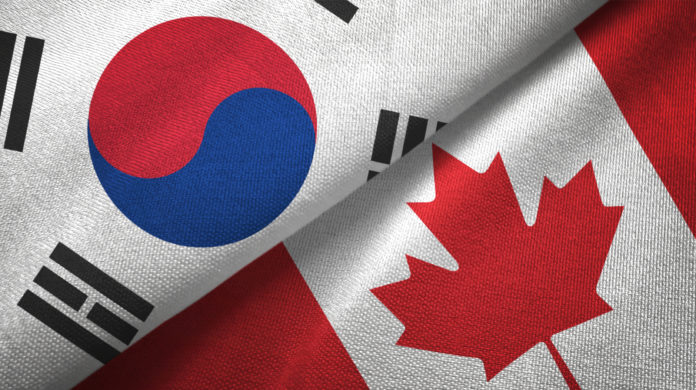 South Korea slipped to the number 12 most important source of new Canadian permanent residents during the first six months of 2020, ousted from its spot as one of the top 10.

COVID-19 and the international travel restrictions that came with it greatly reduced the number of South Koreans who were able to make Canada their permanent residence in the first half of this year.

Last year, 6,105 South Koreans made that move. That made South Korea the ninth most important source of new Canadian permanent residents in 2019.

This year, COVID-19 travel restrictions wreaked havoc with the ability of many people throughout the world to immigrate to Canada, including many South Koreans.

In the first six months of last year, 2,840 South Koreans became permanent Canadian residents. During the comparable period this year, 35.2 per cent fewer South Koreans, only 1,840, made that move.

At the end of last year, South Korea ranked slightly ahead of Iran, which had provided 6,055 new Canadian permanent residents.

Even during the pandemic, Canada has continued to bring in permanent residents who had qualified before the international travel restrictions were put in place and welcomed temporary foreign workers that were vital to securing the country’s food supply.

Although the pandemic did cause a major slowdown in Canada’s immigration processes, the opportunities to immigrate remain and the country is still committed to its immigration levels plan that was released shortly before COVID-19 made itself felt in Canada. In that plan, Ottawa announced its intention to welcome more than 1.1 million new permanent residents through to the end of 2022.

South Korea is no exception.

The East Asian nation on the southern half of the Korean Peninsula has in the decades since the Korean War always had an American military presence on its soil to deter against encroachment by North Korea. That American policy may soon change – at least somewhat.

U.S. President Donald Trump has reportedly been given options by his defense department to reduce American forces in South Korea. During the American presidential elections, though, it is unclear whether Trump will act on those recommendations and what impact, if any, that might have on the number of South Koreans who choose to emigrate.

After years of remaining fairly stable at the 4,000 mark, the number of South Koreans moving to become permanent Canadian residents spiked last year, jumping almost 27.2 per cent from 4,800 the previous year. 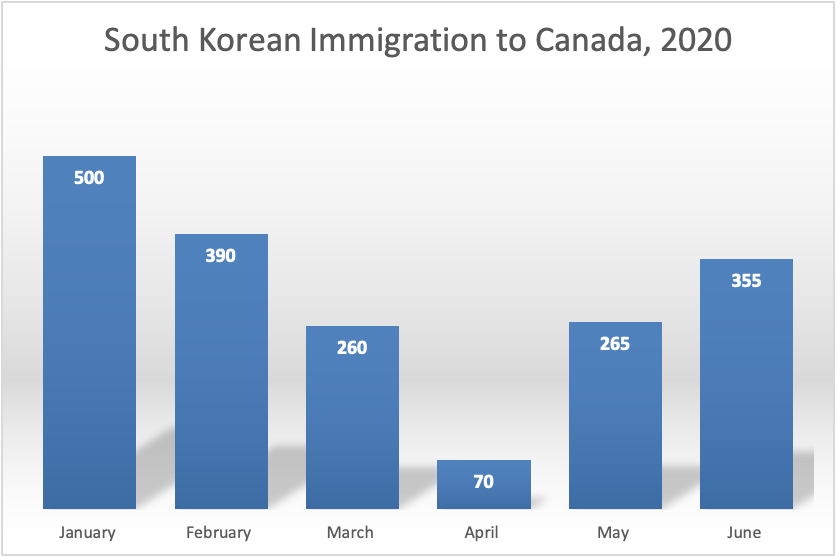 After falling from 500 to 70 during the four months ending Apr. 30, the number of South Koreans taking up permanent residence in Canada rose to 265 and then 355 in May and June this year. 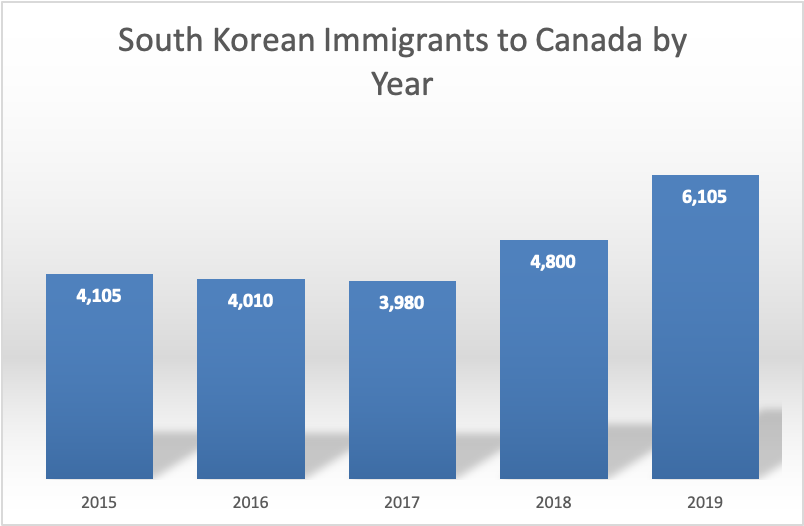 China was then next-biggest source of new permanent residents to Canada, with 30,245 Chinese citizens immigrating to Canada. 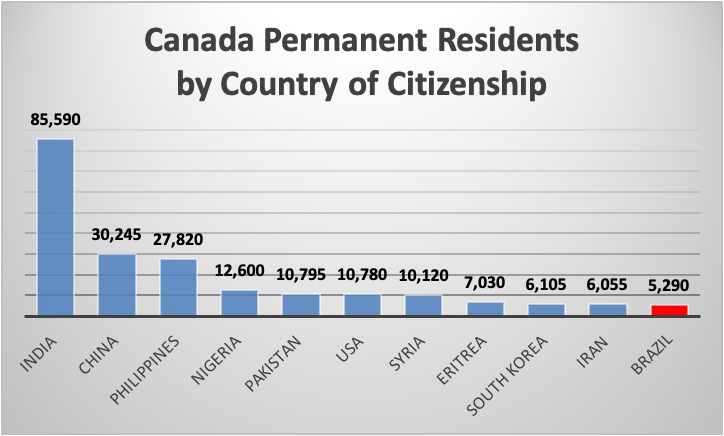 If you are looking to apply for Canada permanent residence from South Korea, the first step is to assess which programs give you the best chance of success.

What Are The Options For Immigrating To Canada From South Korea?

There are many immigration streams to be considered when considering applying for Canadian permanent residence from South Korea.

If you do not qualify through a federal economic program, the next step is to consider provincial streams for your application for permanent residence from South Korea.

Canada also aims to attract entrepreneurs and investors through its business immigration programs, with many applications accepted from South Korea.

Several of Canada’s other provinces also operate business programs as a route to permanent residence from South Korea.

Candidates looking to immigrate to Canada from South Korea should also consider the Buy a Business and Move to Canada Program.

This is a popular route for candidates who do not immediately qualify for permanent residence when applying from South Korea.

Candidates in South Korea with family members who are already permanent residents or citizens can apply through Family Class Sponsorship immigration.

Which Family Members Can Be Sponsored For Canada Immigration From South Korea?