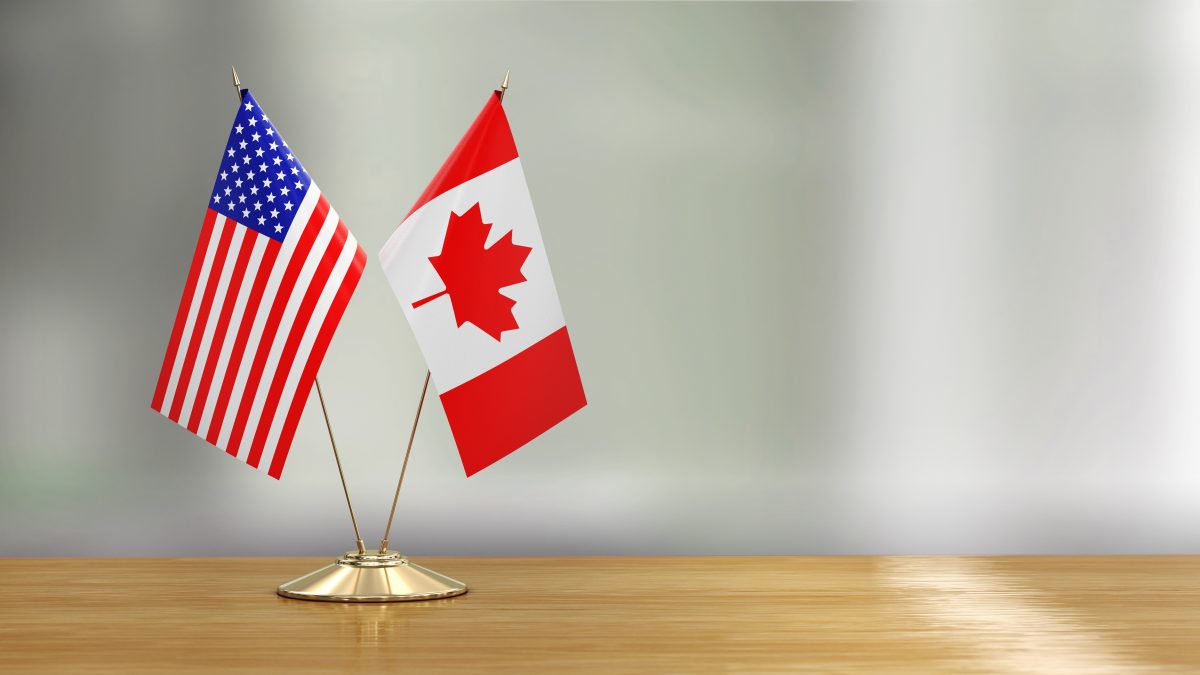 During the first presidential debate between Donald Trump and Joe Biden this week, Google searches on ‘how to move to Canada’ once again spiked in the U.S.

The petty arguments on show, particularly from the incumbent Republican president, left many Americans considering the move north instead of four more years of Trumpian politics.

With Trump and wife Melania also testing positive for COVID-19, the U.S. election has been thrown into further turmoil.

The U.S. already became an even more important source of new Canadian permanent residents during the first half of this year relative to other countries as COVID-19 grounded many international flights. 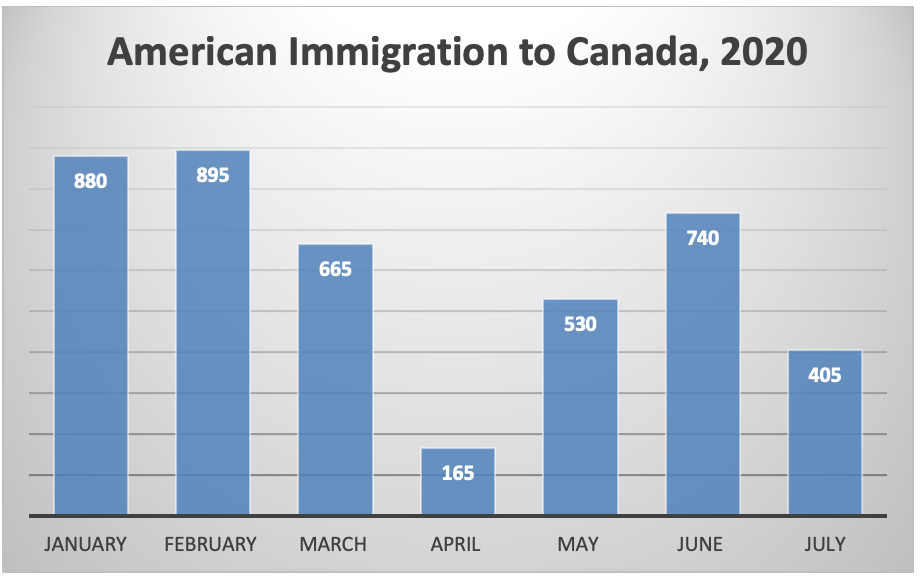 Canada’s neighbour to the south was ranked sixth in a listing of countries by the number of their citizens who became new Canadian permanent residents last year.

In the first six months of this year, the United States moved up the rankings and was sitting at the number four spot at the end of June.

Last year, 10,780 Americans became Canadian permanent residents, compared to 12,600 new arrivals from Nigeria and 19,795 from Pakistan. Both of those countries were then more important sources of new permanent residents than the U.S.

But, despite the closure of the Canada-U.S. border, the drop in new arrivals from the U.S. compared to 2019 was smaller in percentage terms.

In the first half of 2019, the number of Americans becoming Canadian permanent residents fell by 24 percent, down to 3,870 from 5,095 for the comparable period last year. 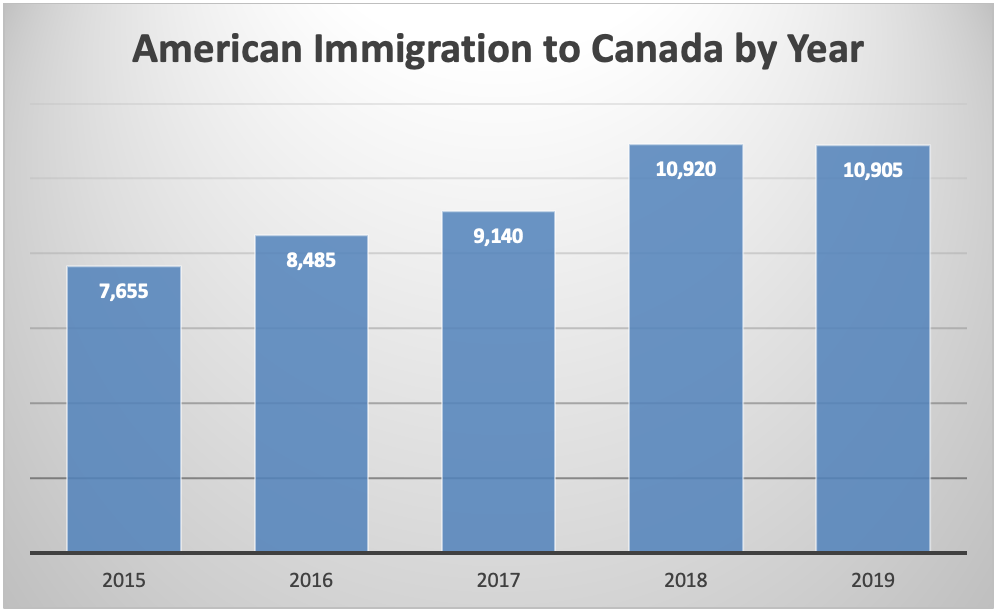 During the pandemic, Canada has continued to bring in permanent residents who had qualified before the international travel restrictions were put in place and welcomed temporary foreign workers that were vital to securing the country’s food supply.

Although the pandemic did cause a major slowdown in Canada’s immigration processes, the opportunities to immigrate remained and the country is still committed to its immigration levels plan that was released shortly before COVID-19 made itself felt in Canada. In that plan, Ottawa announced its intention to welcome more than 1.1 million new permanent residents through to the end of 2022.

The number of American citizens moving to Canada to take up permanent residence grew by 40.8 percent in the five years that ended last year, going from 7,655 in 2015 to 10,780. 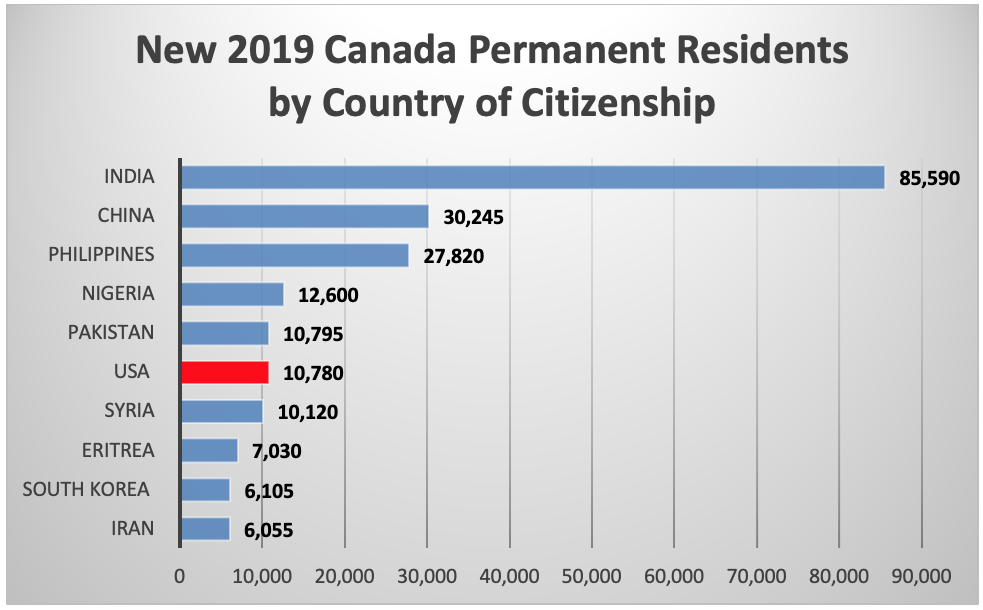 If you are looking to apply for Canada permanent residence from the United States, the first step is to assess which programs give you the best chance of success.

What Are The Options For Immigrating To Canada From The United States?

There are many immigration streams to be considered when considering applying for Canadian permanent residence from United States.

If you do not qualify through a federal economic program, the next step is to consider provincial streams for your application for permanent residence from the United States.

Canada also aims to attract entrepreneurs and investors through its business immigration programs, with many applications accepted from the United States.

Several of Canada’s other provinces also operate business programs as a route to permanent residence from the United States.

Candidates looking to immigrate to Canada from the United States should also consider the Buy a Business and Move to Canada Program.

Under this policy, a work permit is issued following the sale and transfer of the majority share ownership of an existing profitable Canadian business to the immigration candidate.

This is a popular route for candidates who do not immediately qualify for permanent residence when applying from the United States.

Candidates in the United States with family members who are already permanent residents or citizens can apply through Family Class Sponsorship immigration.

Which Family Members Can Be Sponsored For Canada Immigration From The United States?