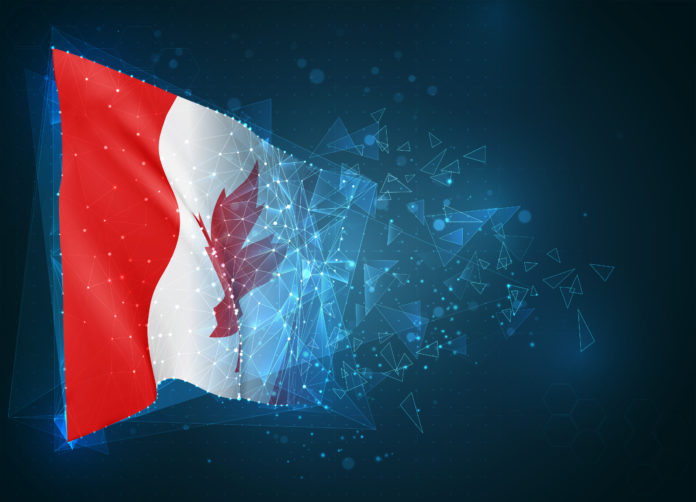 A senior venture capitalist says Canada’s open door to immigration is driving a tech business boom in Ontario that’s got the province poised to rival America’s Silicon Valley as the leader in digital innovation.

“As the United States has tightened immigration and become less welcoming, Canada has made shrewd policy moves to attract top global talent and capital,” wrote venture capitalist Chris Albinson, the incoming CEO of Communitech, in an opinion piece in The Globe and Mail.

“Canada now has six times as many skilled immigrants, as a percentage of the population, as our American neighbours do – a significant stat when you consider half of the founders of America’s tech unicorns (private companies worth $1-billion or more) were born outside the U.S.”

South of the border, America is well-known for its historical welcome of people from throughout the world. There’s even a bronze plaque at the base of the Statue of Liberty in New York that features a quote from a decidedly pro-immigration poem, The New Colossus: “Give me your tired, your poor, Your huddled masses yearning to breathe free, The wretched refuse of your teeming shore.”

Under then-President Donald Trump, though, the United States clamped down on immigration even as Canadian Prime Minister Justin Trudeau opened the doors wider for immigrants to come to The Great White North.

A report by polling giant Gallup highlights the difference in immigration policies between the two leaders.

Now, the impact of Canada’s more welcoming approach to immigrants is being felt in the country’s booming tech sector.

“From 2013 to 2019, 80,000 tech jobs were created in the Toronto-Waterloo Corridor alone – more than in San Francisco, Seattle and Washington, D.C., combined,” writes Albinson. “That’s pretty compelling evidence that Canada is winning the hearts and minds of the world’s best and brightest for the first time in a generation.”

According to the venture capitalist, Canada stands poised to dominate the tech sector because of its immigration policies and its “strong advantage in the next wave of technology (think artificial intelligence, machine learning, quantum computing, 5G, MedTech, advanced manufacturing), our relative cost advantage, and parity in access to markets and capital.”

“Countless other companies … are on similar trajectories. ApplyBoard, Faire, Ada Support, 1Password, Clio, PointClickCare, Symend, Coveo, Hootsuite and D2L have all raised more than $100-million and several are likely to go public at valuations north of $1-billion,” wrote Albinson.

Among the up-and-comers of the Canadian tech sector who have either just launched or are about to launch initial public offerings are Thinkific Labs Inc., Magnet Forensics Inc.,  Vendasta,  Axonify, Miovision, Dejero, Trusscore, Vidyard and Intellijoint Surgical.

Under the current U.S. president, Joe Biden, many of Trump’s policies have been reversed. In a massive reversal of outgoing Trump’s stance on immigration, for example, Biden opened up an eight-year path to citizenship for an estimated eight million “Dreamers,” illegal aliens living in the United States.

Still, the momentum Canada has gained during the Trump years is propelling it to be a major player on the world stage for computer innovation.

“As a Canadian venture capitalist based in California for the past 20 years, I’ve kept a close eye on the tech scene back home – and the transformation during that time has been nothing short of spectacular,” wrote Albinson in the national newspaper.

“How spectacular? Enough for Canada to shove Silicon Valley off the global innovation podium, and more than enough for me to move back from California to help with the pushing.”

The venture capitalist is not the only business expert to give Canada’s immigration policy the two thumbs up.

Last week, the Conference Board of Canada described Ottawa’s plan for immigration during the pandemic as economically sound. The national think-tank said the country’s goal of maintaining high levels of immigration could lead to GDP growth of 44 per cent and a 15-per cent improvement in the ratio of working-age people to retirees – and also add $50 billion in annual tax revenues to the public purse by 2036 to 2040.

“These benefits come from the fact that immigrants invest in Canada, are a source of labour and workplace talent, and provide demand for goods and services,” noted the Conference Board of Canada.

By growing its pool of highly skilled workers, Canada is also making itself more attractive for tech start-ups and the investors who back them.

“The truth, as we’ve shown over the past five years, is that capital follows talent,” wrote Albinson. “Canada had a net gain of 5,000 STEM workers in the past 12 months alone and the capital is following.”