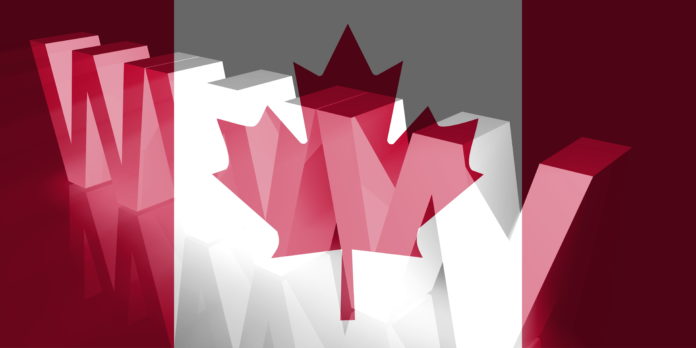 Canada is moving towards putting its entire immigration process online in its bid to compete for immigrants from throughout the world, says Immigration Minister Marco Mendicino.

“My vision for our immigration system going forward is that it is completely virtual and touchless and that each and every one of these steps is integrated so that we become the envy of the world,” Mendicino says in an online interview with TVO.

Canada is already a world leader in putting its immigration processes online, says the immigration minister.

“In a world that is increasingly going virtual, we are leading the way, especially when it comes to our immigration system,” he says in that interview. “We are the only ones that have moved our citizenship ceremony online, to my knowledge, and now we are also moving into the digital space when it comes to testing applicants.”

On Canada Day last year, the country held its first-ever simultaneous, virtual citizenship ceremony. During the COVID-19 pandemic, that ceremony on July 1 was specifically for healthcare workers.

According to the immigration minister, Canada has been able to use its Express Entry system and  leverage its online services to help newcomers settle into their communities by getting them the skills, services and supports they need prior to arrival.

Canada currently charges a citizenship fee of $630 per adult which includes a $530 processing fee and another $100 right of citizenship feel. During the last federal election, the ruling Liberal Party of Canada pledged to remove or cut those fees. That hasn’t yet happened.

But Mendicino hints at a possible pending announcement in the interview, saying “I really am enthusiastic about trying to reduce barriers. So, stay tuned for more.”

Although immigration fell off drastically last year due to COVID-19 border and travel restrictions, Canada has raised immigration targets to bring in more immigrants than ever.

In the TVO interview, Mendicino reiterates Ottawa’s commitment to immigration.

The slowdown in immigration last year due to border restrictions has led Ottawa to look at other sources of future new permanent residents.

Among them are temporary foreign workers already in Canada.

“We’ve got a unique opportunity to take a look at the domestic immigration population that is already within our borders …. temporary workers who work in the healthcare sector (or) who work in the building trades,” says Mendicino in the interview.

Ottawa is also taking a harder look at international students and trying to figure out how to encourage more of them to stay in Canada after their studies.

“These are among the best and brightest who are the early stages of their lives and have chosen Canada to come and take part in an education,” says the immigration minister. “They are very much looking forward to staying and contributing.

“I think we have an opportunity to move forward and hit some of those buttons.”

During non-pandemic years, international students in Canada provide a $21.6 billion annual boost to the Canadian economy. This school year, many of them were able to stay in their home countries and take their courses online while awaiting the opportunity to come to Canada and take in-person university or college classes.

“We have revived pathways to enable them to come back to Canada,” says Mendicino.

“We have created a two-stage process that allows international students to begin their courses abroad online. For those who are already here, already giving back, who are stepping up on the front lines of hospitals and long-term care homes where we desperately need those reinforcements, we have created permanent work,” says the minister.