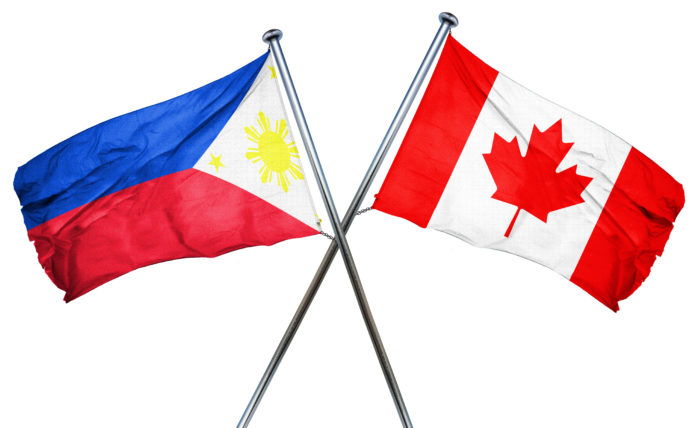 Canada immigration news: Immigration to Canada from the Philippines is almost back up to its pre-COVID-19 levels with the number of new permanent residents nudging up slightly over the comparable period last year.

That newfound stability in Filipino immigration reverses a downward trend that had been persisting for years since 2015.

In the first six months of this year, 12,630 Filipinos became new permanent residents of Canada or two-thirds of a percentage point more than the 12,545 who arrived during the comparable period last year.

The Philippines remains Canada’s third most important source of new permanent residents after only India and China.

That renewed stability in Filipino immigration, which is now up 83 per cent from where it stood in the first half of 2020 when border closures and public health restrictions made international travel difficult at best, represents a welcome change from the downward trend of immigration from the Philippines since 2015.

The strength of the Filipino economy during those years undoubtedly contributed at least somewhat to the downturn in immigration from the Philippines to Canada.

At a time when Canada’s own GDP growth rate was hovering between three-thirds of a per cent in 2015 to a high of 3.04 per cent two years later and then slowing down again for the next two years, the Philippines were booming, Macrotrends data reveals.

The research platform for investors pegs the Filipino GDP growth rate during the years from 2015 through to 2019 as hovering between 6.12 and 7.15 per cent annually, or more than twice the growth rate of the Canadian economy.

That means there were a lot of jobs in the Philippines during those years.

Caregiver Programs Were Revamped To Make Them More Effective In 2019

Another likely factor in the dwindling immigration from the Philippines in those years was likely the relative ineffectiveness of the former Caregiver pilot programs for immigration to Canada.

These were replaced by the Home Child Care Provider Pilot and the Home Support Worker Pilot in 2019.

Under those programs, in-home caregivers can become permanent residents once they have two years of eligible work experience in Canada. The programs also let their family members come to Canada to work or study while they get that work experience.

Last year, Canada welcomed 2,800 new permanent residents under the Caregiver programs and then another 2,735 in the first six months of this year alone, representing an almost doubling of the number of immigrants coming here under those programs this year, if the current trend holds, over 2021, data from Immigration, Refugees and Citizenship Canada (IRCC) reveals.

“Immigrant caregivers, who take care of our families and elders, are often separated from their own families, and the pandemic has significantly slowed down permanent residence application processing, keeping them apart from their families longer than we would have hoped,” said Mendicino in September last year.

“With today’s announcement, we’re getting caregiver immigration back on track which will help reunite front-line heroes with their loved ones.”

Filipinos looking to immigrate to Canada can gain their permanent residency in one of six main classes of programs and strategies:

Most immigrants come to Canada come under one of these three federal economic class programs:

Express Entry requires candidates to submit a profile, with the highest-scoring profiles issued an Invitation to Apply (ITA) to one of the immigration programs. Candidates then get 60 days to submit a full application.

One of the best ways to increase a CRS score is with a job offer, which can be worth 200 or 50 points depending on the skill level.

Several of Canada’s provinces also operate Express Entry streams, allowing them to tap skilled workers from the pool. These provincial nominations are worth 600 points and effectively guarantee an ITA.

Quebec has autonomy over its economic immigration system, with the right to set its own immigration levels and the power to operate its own programs.

One of Canada’s most popular business programs is the Quebec Immigrant Investor Program. The francophone province also runs Immigrant Entrepreneur and Self-Employed programs.

Those with family members who are already permanent residents or citizens can apply through Family Class Sponsorship immigration for their:

Sponsors have to be at least 18 years old and sign a sponsorship agreement which commits them to provide financial support for their relatives.

Children Of Canada Immigrants More Likely To Go To University, Get...