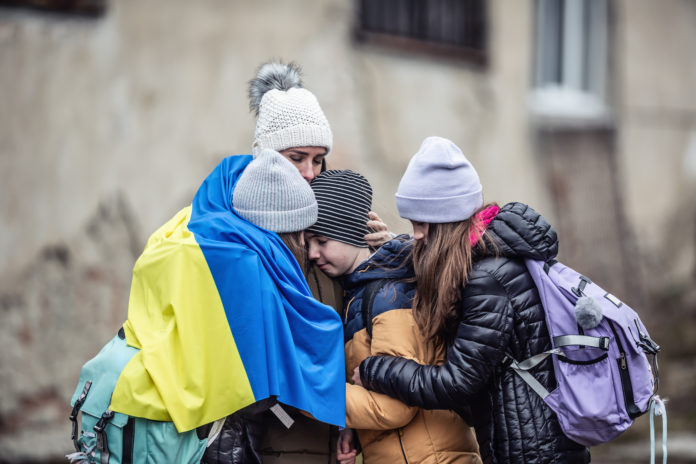 Immigration Minister Sean Fraser says Canada is expanding its federal settlement programs to include language training, orientation, employment assistance and other supports for Ukrainians as they settle into their new communities.

“Beginning Apr. 1, we are also launching support services at key airports to provide Ukrainians with assistance and important arrival information, including in their language,” tweeted Fraser on Monday.

“We’re working with our provincial and territorial partners, the Ukrainian-Canadian community, the business community, and settlement organizations across the country to develop more ways to support those in Canada, as Ukraine bravely defends their homeland against (Russian President Vladimir) Putin’s war.”

The Canada-Ukraine Authorization for Emergency Travel (CUAET) pathway began accepting applications on March 17, less than two weeks ago, and has already reportedly received a roughly 60,000 applications from Ukrainians and their relatives.

“With this new program, those fleeing Vladimir Putin’s war in Ukraine will be able to stay in Canada for up to three years and are eligible for free open work and study permits,” tweeted Fraser earlier this month.

Canada has increased its immigration application processing capacity in Europe and has sent mobile biometrics kits to Warsaw, Vienna and Bucharest to take the fingerprints and portrait photos of prospective Ukrainian refugees in its bid to ensure proper security precautions are taken with the surge in applications.

“We are working with partners, including provinces and territories, the business community, the Ukrainian-Canadian community, and settlement organizations on how best to support Ukrainians,” tweeted Fraser.

“We stand with Ukraine and will offer safe harbour for those who want to come to Canada.”

Canada has vowed to accept an unlimited number of Ukrainian refugees – and could see a massive influx of newcomers because the Russia-Ukraine war is considered to be the biggest assault on a European state since the Second World War.

Under the Canada-Ukraine Authorization for Emergency Travel, Ukrainians can come to Canada, pending background checks and security screenings, and stay and apply for open work permits, making it easier for employers to quickly hire them.

Earlier this year, the IRCC announced any Ukrainian already in Canada before the start of the war on a temporary basis could also apply to extend his or her status as a visitor, student or worker.