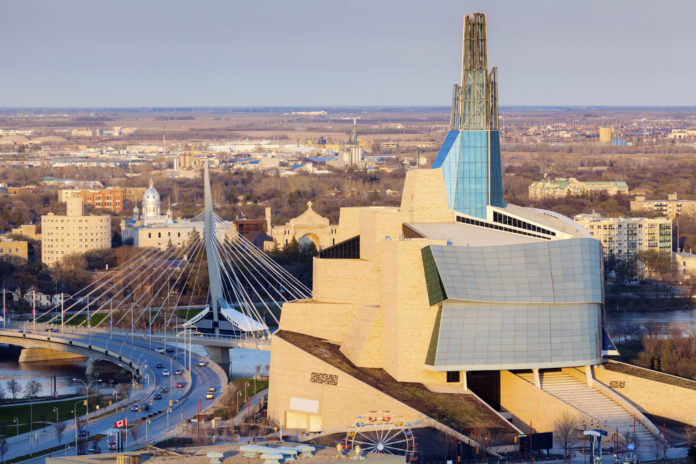 Manitoba’s economy is forecast to almost completely offset the losses it suffered last year due to COVID-19 restrictions in 2021, meaning job-seeking and entrepreneurial immigrants may well be setting their sights on the province.

“We forecast the economy to grow by a solid 4.4 per cent in 2021,” predicts Royal Bank of Canada (RBC) economist Carrie Freestone.

In her provincial outlook published in December last year, Freestone notes Manitoba’s non-energy sectors held up fairly well in 2020, sliding by only 1.2 per cent in the first 10 months of that year.

Agricultural exports rose significantly, led by canola, barley and malt and the arrival of a new pea-processing plant in the province late in the year is expected to boost those exports, even more, this year.

With the provincial government upping its infrastructure spending by 17 per cent to $2.1 billion this year, public and private sector projects are expected to fuel capital investment. This year, junior miner Victory Nickel is also going ahead with its almost $600-million Minago project in northern Manitoba’s Thompson nickel belt and that is certainly going to give the Manitoba economy a shot in the arm.

Manitoba and PEI first Provinces To Recover From Pandemic Losses

“We see Manitoba being among the first provinces to fully recover from the recession,” writes Freestone.

In 2020, RBC states the Manitoba economy dropped by 3.9 per cent of its GDP. With this year’s forecasted growth of 4.4 per cent, the province would be essentially at the same place at the end of 2021 as it was two years earlier.

TD Economics’ outlook for the Prairie province is not as rosy, putting more emphasis on the massive numbers of Covid-19 cases which shot up in the second half of last year. In its forecast, that bank placed the economic hit to Manitoba last year at 3.9 per cent of its GDP and limited the recovery this year to 3.7 per cent GDP growth.

Still, TD Economics is optimistic about Manitoba, seeing in it strong fundamentals in a post-Covid-19 world.

“Aside from the assumed availability of a vaccine, there are other reasons to be optimistic,” write the bank’s chief economist Beata Caranci, deputy chief economist Derek Burleton, and economists Rishi Sondhi and Omar Abdelrahman in their provincial economic forecast, It’s Always Darkest Before Dawn.

“Firstly, output in industries impacted by the restrictions implemented in November should rebound forcefully as these measures are relaxed. In addition, Manitoba’s diversified economy provides some cover from the lingering impacts of the pandemic, in that industries that are more likely to experience prolonged recoveries (i.e. tourism) comprise a smaller share of jobs and activity compared to other provinces,” they write.

“What’s more, Manitoba is overweight in some outperforming industries, like food manufacturing. Indeed, this staple industry has enjoyed a strong performance during the pandemic.”

Prime Minister Justin Trudeau’s announcement that all Canadians will be able to be vaccinated against Covid-19 by the end of September is expected to help restore some sense of normalcy and boost immigration levels.

Last year, immigration slowed to a trickle across Canada as public health measures led to border closures for all but essential travel.

In Manitoba, the number of new permanent residents to the province dropped to less than half, falling 54.4 per cent to 8,620 from 18,910 the previous year.

Immigration, Refugees and Citizenship Canada’s figures for last year show programs for refugees and protected persons were the most affected. They plummeted 70.7 per cent as the number of new permanent residents to Manitoba under these programs fell to 600 from 2,045 in 2019.

The number of new permanent residents to Manitoba under business immigration programs, including the Entrepreneur stream, the Federal Self-Employed Class, and the Start-Up Visa program slipped only 25 per cent, from 20 to 15.

The worker programs, too, dropped by less than the average, falling 40.1 per cent to 650 new permanent residents to Manitoba under the Canadian Experience, Caregiver, Skilled Trade and Skilled Worker programs last year compared to 1,085 the previous year.

Overall, economic immigration fared a bit worse than these two groups of programs separately as Manitoba’s Provincial Nominee Program lagged. The number of new arrivals to the province under the PNP fell by 53.5 per cent last year, to 5,835 from 12,545 the previous year.

Family Sponsorship programs resulted in 1,670 fewer new permanent residents to Manitoba in 2020, a drop of 52.8 per cent from the 3,160 who had come to the province under those programs in 2019.

British Columbia Invites 173 In First BC PNP Immigration Draw Of...