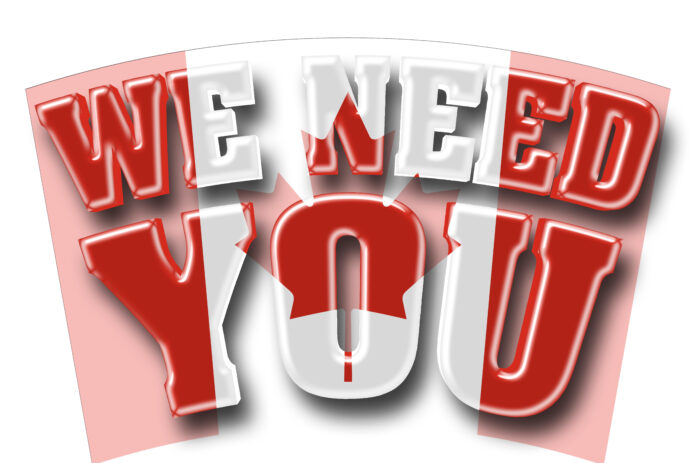 Statistics Canada figures reveal Canada job prospects for immigrants improved markedly over the past year with far fewer of them unemployed in June compared to the same month in 2021.

Immigrants who came to Canada between five and 10 years earlier saw their unemployment drop in June last month to less than half of what it was a year ago.

Immigrants who came to Canada within the past five years also saw their employment prospects pick up, with their unemployment rate dropping from 10.9 per cent in June last year to 8.1 per cent last month.

Despite those improvements, though, immigrants still struggle with higher unemployment than workers who were born in Canada, notes the country’s statistical and demographic services agency.

Native-born Canadians had an unemployment rate of only 4.7 per cent in June this year, down from 7.5 per cent for the same month in 2021.

Massive labour shortages across Canada – which are the bane of employers struggling to find qualified workers – are a blessing to those seeking employment.

In Quebec, one of the provinces with the most severe labour shortages, tech companies called on the Premier Francois Legault in June to give immigrants a break on having to learn French in only six months, a requirement under Bill 96.

“The requirement under Bill 96 to learn French within six months imposes an unrealistic deadline, as newcomers struggle with multiple challenges related to a life-changing move to a new home in Quebec,” the group of 37 tech companies wrote in an open letter to the premier.

That response to the province’s language legislation was orchestrated by the Council of Canadian Innovators.

“As the founders, CEOs, and leaders behind Quebec’s fastest-growing companies, we are incredibly proud of the culture of our home province. We support the spirit of Quebec’s language law – protecting our distinct francophone identity – but implementation needs to be paused until the government fully establishes the necessary tools for French tutoring through Francisation Québec,” the companies wrote in their open letter.

“This ensures that the spirit of the law can be applied, concretely, successfully on the ground.”

Quebec’s ministry responsible for immigration and francization, the Ministère de l’Immigration, de la Francisation et de l’Intégration (MIFI), has since responded by bumping up the weekly benefit for those taking full-time French courses to $205.

Those taking French classes for at least three hours per week saw their weekly benefit go up to $26.

The candidates’ profiles then are ranked against each other according to a points-based system called the Comprehensive Ranking System (CRS). The highest-ranked candidates are considered for ITAs for permanent residence.