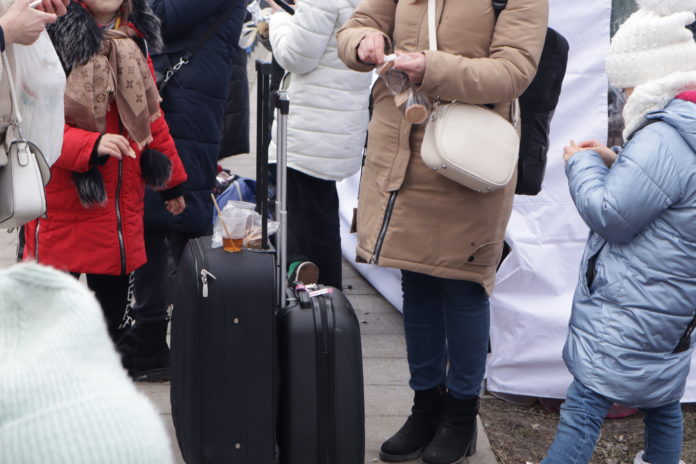 “In the last number of days, we have now approved more than 26,500,” said Fraser. “Even though most are arriving as temporary residents, we announced recently that we would expand settlement support for all Ukrainians coming to Canada in recognition of the special circumstances they are facing.”

Russian President Vladimir Putin declared war on Ukraine on Feb. 24 and quickly struck the country with a full military onslaught. Video coming out of Ukraine shows the full extent of the devastation as nothing seems to be spared the Russian air missile attacks, not even maternity wards and civilians.

Millions have fled Ukraine and are seeking refuge in neighbouring countries and Canada is leading the way in these refugee resettlement efforts.

“Canada has a proud history of welcoming refugees from around the world,” Fraser tweeted last week.

“Alongside (United Nations High Commissioner for Refugees) Filippo Grandi, I joined leaders from other nations and international organizations to launch the Global Task Force on Refugee Labour Mobility, which Canada will lead for the first two years.”

The new United Nations initiative builds on Canada’s Economic Mobility Pathways Pilot, a ground-breaking program that recognizes the skills and abilities of refugees by removing barriers and helping them and their families immigrate to Canada through existing economic programs, explained Fraser.

Earlier this year, Ottawa announced Canada will expand its federal settlement programs to include language training, orientation, employment assistance and other supports for Ukrainians as they settle into their new communities.

“We’re working with our provincial and territorial partners, the Ukrainian-Canadian community, the business community, and settlement organizations across the country to develop more ways to support those in Canada, as Ukraine bravely defends their homeland against Putin’s war.”

The CUAET pathway began accepting applications on March 17. The new pathway allows Ukrainians to stay in Canada for up to three years and be eligible for free open work and study permits.

Canada has increased its immigration application processing capacity in Europe and has sent mobile biometrics kits to Warsaw, Vienna and Bucharest to take the fingerprints and portrait photos of prospective Ukrainian refugees in its bid to ensure proper security precautions are taken with the surge in applications.

“We are working with partners, including provinces and territories, the business community, the Ukrainian-Canadian community, and settlement organizations on how best to support Ukrainians,” tweeted Fraser. “We stand with Ukraine and will offer safe harbour for those who want to come to Canada.”

Canada has vowed to accept an unlimited number of Ukrainian refugees – and could see a massive influx of newcomers because the Russia-Ukraine war is considered to be the biggest assault on a European state since the Second World War.

Earlier this year, the IRCC announced any Ukrainian already in Canada before the start of the war on a temporary basis could also apply to extend his or her status as a visitor, student or worker.