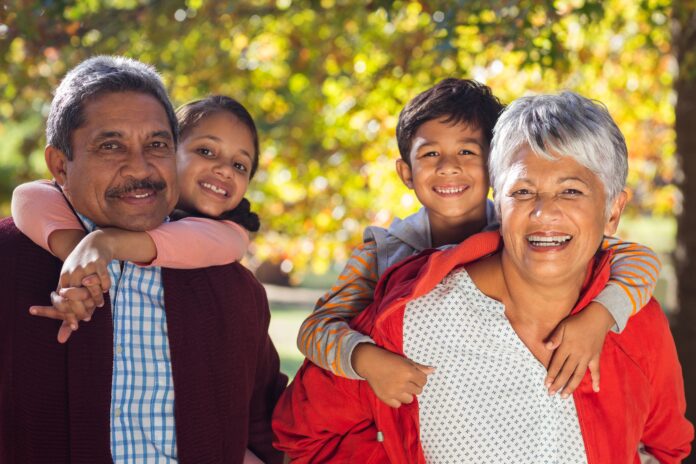 Data from Immigration, Refugees and Citizenship Canada (IRCC) reveals the Parents and Grandparents Program (PGP) is on track to help more than twice as many loved ones immigrate to Canada this year compared to last year.

In the first nine months of this year, Canada welcomed 21,500 new permanent residents under the PGP, putting the country on track to receive 28,667 by the end of the year based on the current trend.

That would be 16,927 more parents and grandparents reuniting with their children and grandchildren in Canada, or 144.2 per cent more, than the 11,740 who arrived under the PGP last year.

The record-breaking Number of new arrivals under the PGP this year would also be 6,657, or 30.2 per cent, more than the 22,010 new permanent residents who came to Canada under that program in 2019, the last full year before the COVID-19 pandemic.

In the past few months, the number of arrivals under the PGP has fluctuated substantially, dropping 37.8 per cent to 1,820 new permanent residents in August from the 2,925 that came in July.

That dip in the monthly number of new arrivals, though, was almost completely offset by a 45.3 per cent spike back up in September when 2,645 new permanent residents came to Canada under the PGP.

The PGP is an increasingly-popular route for many foreign nationals to rejoin their family members who have immigrated to Canada.

In 2015, the PGP allowed 15,490 parents and grandparents to immigrate to Canada. Four years later, the number of new permanent residents arriving annually through the PGP had risen to 22,010.

Ottawa temporarily closed the borders to all but essential travel and governments across the country put in place stringent public health measures, which severely curtailed immigration to Canada.

Immigration To Canada Fell By 45.9% In The First Year Of The Pandemic

Immigration under the PGP followed a similar pattern, plummeting 52.5 per cent in 2020 to close the year off with only 10,455 new permanent residents coming here through that program.

In 2021, though, immigration to Canada roared back to life, soaring almost 120 per cent to reach a record-breaking 406,040 new permanent residents by the end of the year.

With the inherent lag time in PGP immigration, because the children or grandchildren have to immigrate to Canada first before they can sponsor their parents or grandparents, that pathway only saw a 12.3 per cent rise in numbers last year, nudging up to 11,740.

This year is the one where the PGP is surging ahead to finally catch up to the massive return to higher total immigration numbers of 2021.

Across the country, every single province and territory – except the Northwest Territories – is showing gains in the number of new permanent residents it is expected to welcome through the PGP this year compared to 2021.

The most populous provinces, unsurprisingly, are also seeing the largest gains in numbers, with the central Canadian province of Ontario on track to see 8,633, or 158.7 per cent, more new permanent residents through the PGP this year.

Next door, Saskatchewan is projected to grow its annual number of new permanent residents under the PGP this year by 558, or 141.4 per cent, compared to last year’s performance. And Manitoba is looking to end this year with a similar spike in its PGP figures with the number of new permanent residents through the program projected to be 560, or 140 per cent, higher than last year.

In the less-populous Atlantic Canadian provinces, the overall numbers are smaller with a resultant even more impressive spike in percentage growth of new arrivals through the PGP this year compared to 2021.

On The Rock, as Newfoundland and Labrador is affectionately known, the PGP is expected to allow 25 more new permanent residents to immigrate this year than in 2021, an improvement of 166.7 per cent.

Here’s how the program works.

Canada’s immigration department operates a lottery system for the PGP with citizens and permanent residents submitting an Interest to Sponsor form before being placed in a pool.

The IRCC makes random draws from the pool and issues Invitations to Apply (ITA). The sponsors and their parents and grandparents then have 60 days to submit a full application.

On its website, IRCC provides estimates of the current processing times for various types of applications, including PGP sponsorships.

Canada’s 2021 Parents and Grandparents Program: What To Do If You...