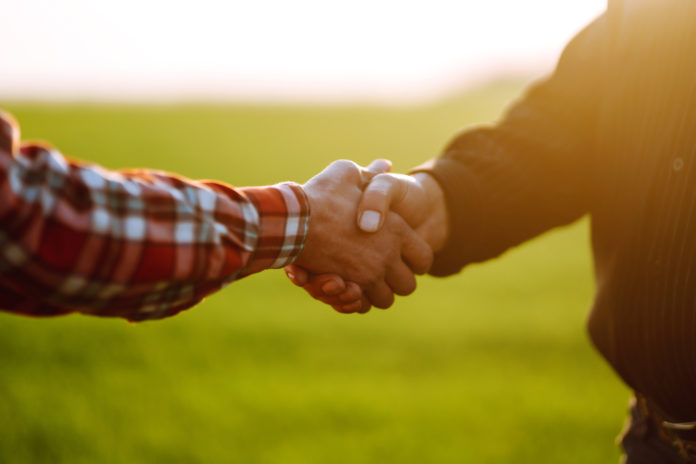 “Last year, farmers were told they would have to pay for 14 days’ isolation in hotels (for workers) along with wages and food, and other expenses that other farmers in the Maritimes did not.”

That’s no longer the situation.

Public health officials credit the high rate of vaccination against COVID-19 in New Brunswick with the improvement in the situation which has allowed the restrictions to be lifted.

“With the vaccination uptake in the province, the ongoing management of our hospitals, and the commitment of New Brunswickers over the past two years, we are able to remove mandatory restrictions,” said Dr. Yves Léger, acting deputy chief medical officer of health.

“The virus has not left the province but as we move forward, I am confident that we can take the lessons we have learned throughout this pandemic and manage our personal risks and protect ourselves and those around us.”

Gone are the requirements that people wear face masks in public and that businesses enforce social distancing.

Businesses in New Brunswick can still choose to maintain their own policies on public health practices to protect their staff and patrons from respiratory infections, including COVID-19, influenza and common colds.

But the 14-day quarantine for members of the public and fully-vaccinated temporary foreign workers coming to the province to work on farms is no longer required.

That’s a boon to farmers and a relief to the roughly 200 temporary foreign workers who come to New Brunswick every year to work on those farms.

“They are pretty much essential to farms because people from the province don’t want to work on farms,” Belliveau reportedly said. “There are some farms with up to 40 temporary foreign workers and some of them have been coming for 12 to 15 years.”

“The first year, in 2020, there was an outright ban until we caused that to be reversed,” she reportedly said. “Last year, the whole hotel stay thing was a big cost to farmers. This year seems to be back to normal.”

Under the changes, Canada improved the protections for temporary foreign workers by requiring employers provide these workers with:

Employers were also forbidden from reprisals against workers who come forward with complaints or charging recruitment fees to workers. Employers are now being responsible for the actions of the recruiters who provide them with temporary foreign workers.

Before the arrival of the live agents, callers could only leave a voicemail message in either English or French.

Now, callers who reach out for help through the tip line during hours of operation and do not speak either English or French can speak with a live Service Canada agent and a qualified interpreter.

The interpreter stays on the call to provide real-time, accurate interpretation in the caller’s language of choice. The result of the improved service for temporary foreign workers has been a growing awareness of the challenges they face.

Marco Mendicino was then the country’s immigration minister and he described the improvements as proof that Canada takes the safety and dignity of temporary foreign workers very seriously.

“Everyone deserves a work environment where they are safe and their rights are respected. These amendments will help us further improve worker protection and strengthen our ability to ensure employers follow the rules governing both the International Mobility Program and the Temporary Foreign Worker Program.”

Ottawa also began cracking down last year on employers by upping its inspections and allowing those who conduct these inspections to get documents from third parties, like banks and payroll companies that provide services to these employers.

Officials who assess applications from new employers for temporary foreign workers were also given the authority to put a pause on Labour Market Impact Assessments if they suspect something is amiss.

“The health and safety of temporary foreign workers continues to be a key priority for the Government of Canada,” said Employment Minister Carla Qualtrough.

“While we have made progress, there continues to be gaps. We know that temporary foreign workers need better information about their rights, and better health and safety protections. Workers also need to be protected from reprisal if they come forward with a complaint, and bad actors need to be prevented from participating in the program.”

Each year, Canada welcomes up to 60,000 foreign agricultural workers. They make up about 60 per cent of all workers coming into the country under the TFWP.

The Seasonal Agricultural Worker Program (SAWP) is the stream most commonly used by agricultural producers. In 2019, about 30,500 work permits were issued under the SAWP, of which 9,100, roughly a third, arrived from participating Caribbean countries. The remaining 70 per cent were from Mexico.

Most go to work on farms in Ontario, Quebec, and British Columbia.