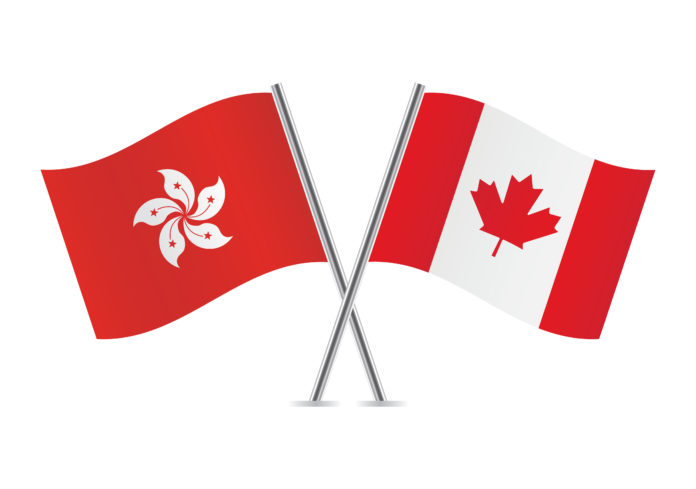 Hong Kong residents can work in Canada for up to three years under a new pathway being launched by Ottawa this week.

“The launch of the Hong Kong immigration pathway is a historic initiative that will attract young, talented and experienced graduates who will help to drive Canada’s economy forward,” says Mendicino.

“With flexible open work permits and a fast-track to permanent residency, skilled Hong Kong residents will have a unique opportunity to develop their careers and help accelerate Canada’s economic recovery.”

Hong Kong residents who have graduated with a Canadian post-secondary diploma or degree in the last five years or hold an equivalent foreign credential can apply for the new open work permits which last up to three years.

The qualifying post-secondary diploma programs must be a minimum of two years.

Hong Kong residents currently in Canada temporarily, including visitors, students and workers, can apply online from within Canada.

Those applying from abroad remain subject to current travel restrictions and may not be able to come to Canada at this time, unless they have a job offer or meet a travel exemption and comply with all public health requirements.

The federal government is promising to provide more details about the program on the immigration department’s website on the launch date.

China Clamping Down On Pro-Democracy Supporters In Hong Kong

“Under the Nationality Law of the People’s Republic of China, dual nationality is not legally recognized in Hong Kong and local authorities may refuse to grant consular access to detained dual nationals who declare themselves as Chinese nationals,” says Global Affairs Canada spokesperson Christelle Chartrand.

“Canada has expressed its concern to the Hong Kong government and continues to seek additional information from local authorities on any changes to the treatment of dual nationals.”

Ottawa first became aware of China’s demand that a Hong Kong resident renounce one the two nationalities on Jan. 18. That dual citizen, then a prisoner in Hong Kong, is only one of several such incidents involving dual citizens of other countries in Hong Kong.

Canadians who wish to receive consular services need to present themselves as Canadian to authorities at all times.

“We continue to work with our like-minded partners to ensure the rights and safety of dual nationals in Hong Kong are protected,” said Chartrand.

Under the new open work permits announced today by the immigration minister, Hong Kong residents at risk of persecution who have fled to another country may also be eligible under Canada’s existing resettlement programs, including the Private Sponsorship of Refugees Program and the Government-Assisted Refugees Program.

In Canada, many supporters of human rights in Hong Kong have been lobbying the federal government to create new pathways for immigration to Canada from Hong Kong.

In an article in The Globe and Mail, the executive director of Alliance Canada Hong Kong, Cherie Wong, is quoted as telling the House of Commons immigration committee earlier this year that Canada needs to move beyond conventional responses to this humanitarian crisis.

Spouses, partners, and dependent children are included for both pathways. The first targets former Hong Kong residents with a minimum of one year of work experience in Canada who meet minimum language and education criteria. The second pathway is for graduates of a post-secondary institution in Canada, allowing them to apply directly for permanent residence.

Canada has pledged to expedite the processing of work and study permits for eligible young people from Hong Kong and exempted Hong Kong residents from the 12-month bar on pre-removal risk assessments. That means some Hong Kong residents who were previously ineligible may now get another, updated assessment on whether they can stay in Canada.

But Wong reportedly told the immigration committee those programs announced in November are only useful for upper-middle-class graduates and fail “to consider the realities of everyday people of Hong Kong.”

Her comments were echoed by Rev. Brian Wong, a member of the Mustard Seeds Kong Kong Concern Group, who pointed out that pro-democracy activists in Hong Kong come from diverse backgrounds.

“Canada needs to come up with an inclusive policy to accommodate the needs of a broad spectrum of Hong Kong people at the risk of political persecution,” Wong reportedly said.