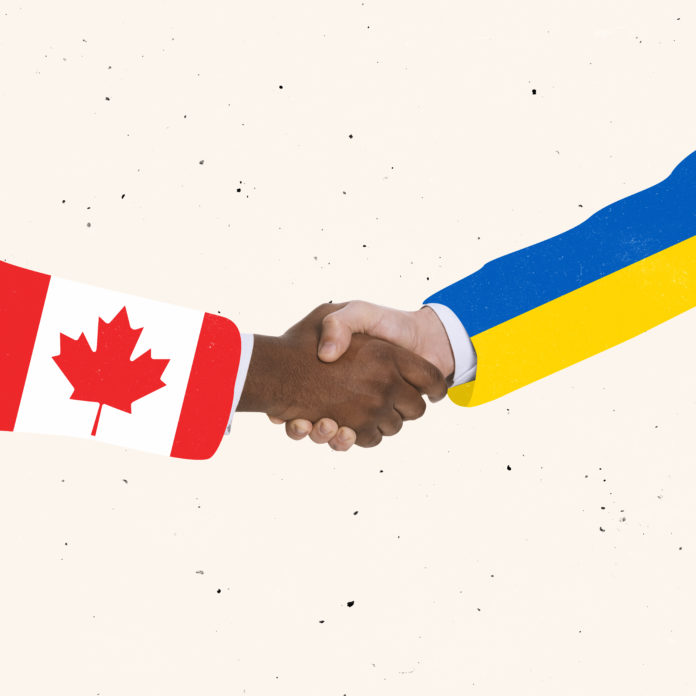 Canada immigration news: Applications from Ukraine will be fast-tracked as Canada steps in to help Ukrainians and Canadian citizens in the war-torn region, says Immigration Minister Sean Fraser.

“Canada is steadfast in its support of the sovereignty and territorial integrity of Ukraine,” Fraser tweeted on Thursday.

“For over a month, we have been priority-processing applications from Ukraine,” he tweeted. “Today, we announced new measures to support Ukrainians and Canadian citizens in the region.”

Ukraine, a former part of the Union of Soviet Socialist Republics (USSR), is embroiled in battle with Russia, fighting that country on three sides yesterday after Russian President Vladimir Putin declared war shortly before dawn.

Gunfire and explosions were heard on Thursday morning in Kyiv, a city of three million people, in what is now the biggest assault on a European state since the Second World War.

Tens of thousands of people have fled from their homes.

Immigration, Refugees and Citizenship Canada (IRCC) is stepping in to support Ukrainians and others living in that country, and working to make it easier and faster for Canadian citizens, permanent residents and their accompanying immediate family members to return to Canada.

Those Canadians, permanent residents and their family members in Ukraine who need new and replacement travel documents are being put at the front of the line.

Canada has already been prioritizing for the past month citizenship grant applications for adoption, as well as permanent and temporary residence applications for people with a primary residence in Ukraine who want to reunite or travel with family, study, work, or start a new life in Canada.

“Ukrainian nationals currently in Canada on a temporary basis can apply to extend their status as a visitor, student or worker,” states the IRCC on its website. “Since Jan. 19, IRCC has approved nearly 2,000 applications from Ukrainian nationals and people residing in Ukraine across various programs.”

Now, Canada is pledging to do more. Among the new immigration measures are:

Immigration Minister Says Canada Will Do Even More

Until the situation in Ukraine stabilizes, Ottawa is not even deporting back to Ukraine those in Canada illegally or found guilty of criminal activity, human rights violations, or who pose a security threat. The Canada Border Services Agency has put a stop to all these deportations.

“Let me be clear: we will not stop here,” tweeted Fraser. “As the situation unfolds, we are preparing additional measures and will increase our efforts to welcome Ukrainians in Canada.”