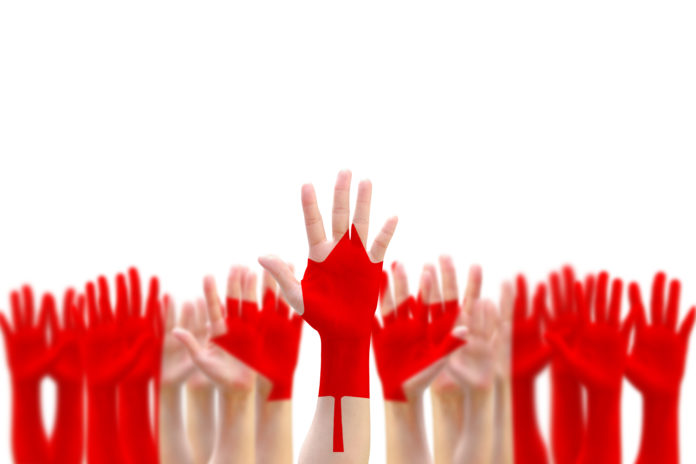 Canada immigration news: Canada is to become a safe haven for all those who promote and defend human rights and face persecution wherever they might be throughout the world.

Under a new permanent residency pathway, Immigration, Refugees and Citizenship Canada (IRCC) is pledging to resettle up to 250 ‘human rights defenders’ per year, including their family members, through the Government-Assisted Refugees Program.

“Through this new refugee stream, the Government of Canada stands with human rights defenders by offering them protection and a safe home in the face of real dangers, because offering refuge to the world’s most vulnerable speaks to who we are as Canadians.”

According to the Canadian government’s Voices at Risk: Canada’s Guidelines on Supporting Human Rights Defenders report, human rights defenders are defined as those who:

“may seek to promote and protect civil and political rights, as well as economic, social and cultural rights. They may also promote and protect the rights of specific groups: women, children, lesbian, gay, bisexual, transgender and intersex (LGBTI) persons, persons with disabilities, Indigenous peoples, refugees, migrants and internally displaced persons, individuals belonging to religious, ethnic or linguistic minorities, or focus on specific themes such as labour rights, or rights related to land, natural resource management and the environment, and democratic governance.”

Friday, the IRCC stated it would focus primarily on those it feels are at heightened risk, such as women, journalists and LGBTQ2 human rights defenders.

“Front Line Defenders welcomes the launch of a dedicated Canadian refugee stream for human rights defenders at risk and we commend the Canadian government on its leadership in this area,” said Andrew Anderson, executive director of Front Line Defenders, in a statement.

Canada To Work With Canadian and International Partners

“We all need to support human rights defenders to exercise their right to defend rights in their communities, but we also owe them practical protection in those dire situations when they cannot return to their countries,” said Gerald Staberock, chairman of the board of ProtectDefenders.eu and secretary general of the World Organisation Against Torture, in a statement.

“The ability to provide safe resettlement options with the support of Canada is excellent news for ProtectDefenders.eu, the European Union Human Rights Defenders mechanism, and we are looking forward to our partnership with Immigration, Refugees and Citizenship Canada.”

As part of the 2020–2022 Immigration Levels Plan, 250 additional government-assisted refugee spaces were added, beginning in 2021, to support admissions under this stream.

Those seeking refugee status through this new pathway must be referred to the Government of Canada by the United Nations Refugee Agency (UNHCR).

Applicants must also meet all admissibility requirements, including security screening and medical examinations to enter Canada. In addition, they must be convention refugees, which means that they are outside their home country and cannot return to their home country due to a well-founded fear of persecution based on: