Canada immigration news: Newfoundland & Labrador is looking to motivate more international students to stay and begin their careers in the province after graduation by extending the provincial healthcare available to them.

As part of a series of new initiatives launched in December, medical care available to international students is to be extended for 90 days after graduation, giving candidates the chance to look for jobs in the province.

Here Are Newfoundland & Labrador’s Top 10 Most In-Demand Jobs
Newfoundland and Labrador Immigration: All You Need To Know To Immigrate To Canadian Province
Newfoundland Immigration Draw Targets Technology and Health Jobs

New funding will also be provided to help international graduates find jobs in the province, and help them prepare for the move from study to work.

Memorial University is to employ a ‘Post-Graduate Retention Coordinator’ to support students in their transition to work, “providing a level of student support that is almost nonexistent across graduate schools in Canada,” the province says.

The province is also providing support for intercultural training for existing citizens and residents, including the university community, employers and sector groups.

“The goal is to provide training that will foster a better understanding and appreciation of international students and their unique cultures, leading to improved outcomes for students while they study and after they graduate,” the province says.

These latest projects are designed to help push towards a target of 5,100 new permanent residents a year in Newfoundland & Labrador by 2026.

The target is ambitious considering the largest annual intake in the last six years was the 1,850 newcomers welcomed in 2019.

If targets are to be reached, there is clearly much work still to be done. 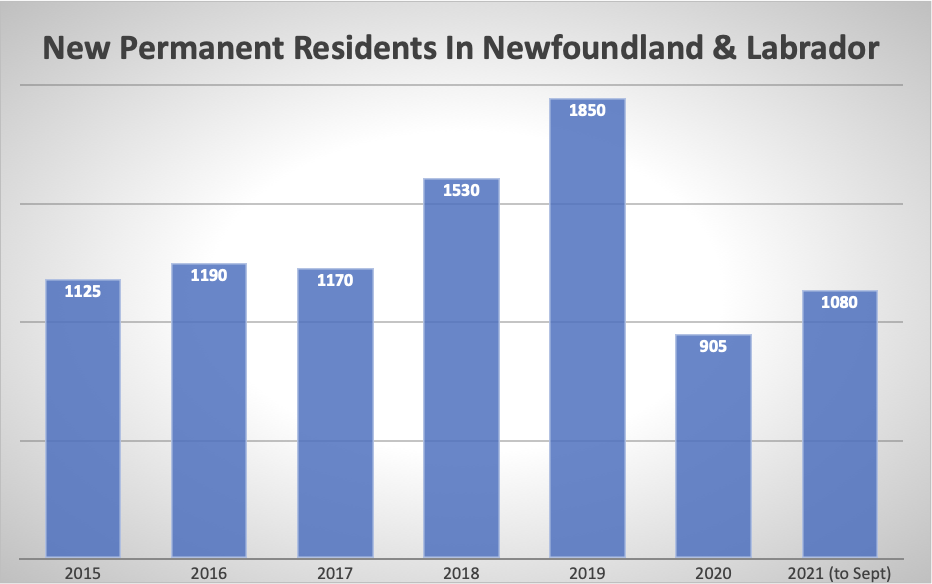 Newfoundland has already introduced a number of initiatives designed to boost immigration.

It launched Priority Skills Newfoundland and Labrador on January 2, 2021, a new stream for skilled newcomers in sectors with labour shortages.

An investment of $2 million over the next two years will see the development of a new online application system in the province, to be used by both candidates and employers.