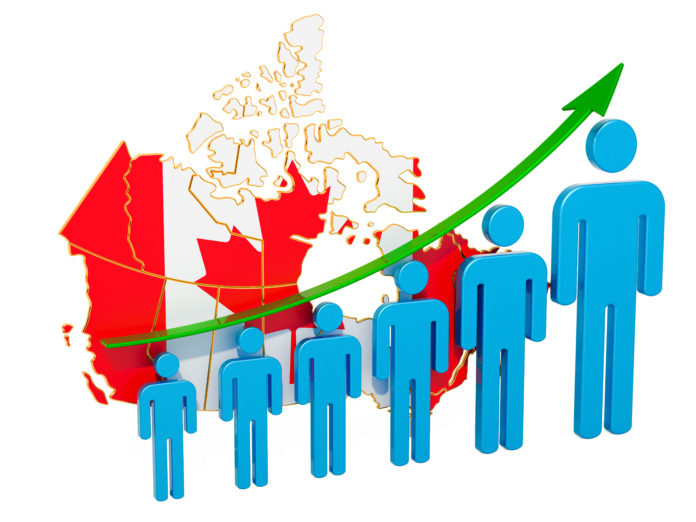 In the first quarter of this year alone, 5,696 people moved to Nova Scotia from other countries and other parts of Canada, pushing up the province’s population by 2,877.

Immigration, Refugees and Citizenship Canada figures (IRCC) show that more than a third of that growth, 34.5 per cent, came from 995 new permanent residents moving to Nova Scotia during the first quarter of this year.

Immigration grew Nova Scotia’s population by 6,170 new permanent residents in the first 10 months of this year alone with most of those newcomers arriving from India, China, the Philippines, South Korea and the United Kingdom.

Bridgewater resident Sasha Raz is one of those who chose to make Nova Scotia home.

“Since moving here from Israel in 2020, I’ve rejoiced again and again over the spectacular natural beauty that is literally around every corner in Nova Scotia,” said Raz. “But most of all, I love the people here.

“They are sincere, kind, friendly, with a lot of sensitivity to others’ emotions and a genuine willingness to help anyone. That is the real treasure of our province.”

The province already retains about 71 per cent of immigrants that come to its shores, the highest retention rate of any of the Atlantic Canadian provinces.

But Nova Scotia is preparing to launch a $2.5-million marketing initiative to support its new provincial immigration and migration targets and attract newcomers from across Canada.

“Nova Scotia is steadily growing, and we want to encourage those living across the country and around the world to build a life in our beautiful province,” said provincial Immigration Minister Jill Balser.

“With a growing population comes increased opportunities,” she said. “Newcomers fuel our economy, fill labour gaps and enrich our communities. We look forward to welcoming new people to Nova Scotia with open arms and experiencing the benefits of newcomers in all parts of the province.”

Nova Scotia is hoping to double its population over the next 38 years by attracting 25,000 newcomers per year both through immigration and by attracting newcomers from other parts of Canada.

The province’s Department of Labour, Skills and Immigration is working with employers to find innovative ways to resolve labour shortages and streamline the immigration process.

“Reaching the one million mark is a significant moment in our province’s history,” said Premier Tim Houston. “After years of a declining population, the world is learning how special Nova Scotia is. We have momentum and are growing.”

“We all benefit from this growth with a greater tax base, new businesses and jobs, greater diversity and culture and improved infrastructure,” he said. “I ask our citizens, employers, communities, schools and workplaces to open their arms to new Nova Scotians and provide a warm welcome to all who choose our spectacular province as their home.”

In its latest Provincial Economic Outlook, TD Economics forecast the Nova Scotian economy would grow by 4.2 per cent by the end of this year and 2.4 per cent in 2022.

In its bid to draw more immigrants to its shores, Nova Scotia is doing more than just marketing itself. It is also introducing new pathways to permanent residency.

It is open to workers with permanent job offers in one of two National Occupational Classification codes:

As well as a job offer from a Nova Scotia employer that corresponds with their fields of study, international graduates must also have completed at least half of their courses in the Atlantic province.

The NSNP has a total of nine different streams with a target processing time for applications of three months.

The nine streams are:

Nova Scotia also operates the Study and Stay program which is aimed at helping international students from China, India and the Philippines stay and build careers in the region after they graduate.

The province previously operated a Nova Scotia Demand: Express Entry stream, but this was closed permanently as of Jan. 4, 2021.