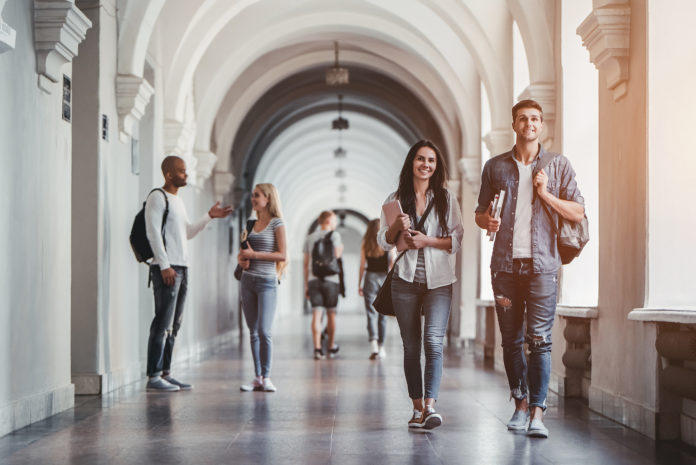 Canada immigration news: The chair of a national organization says thousands of additional international students would study at private career colleges every year and help resolve Canada’s labour shortages if Ottawa made these students eligible for Post-Graduate Work Permits (PGWP).

“We don’t have enough Canadians to fill the demand for personal support workers but if we could offer the work permits, we could bring in more students,” said George Hood, chair of the National Association of Career Colleges (NACC), in an interview.

Under the current rules, international students who complete their courses at private career colleges – unless these offer degrees or are in Quebec – have to return to their home countries.

Third of International Students Want To Immigrate To Canada

But those who graduate from public universities and colleges are eligible for PGWPs, allowing them to stay in Canada, work, and eventually apply for permanent residence. In a recent survey, roughly a third of international students who planned to attend college or university in Canada said they hoped to do just that.

“When an international student finishes the program and has to go back home, often they have regrets,” said Hood.

He estimates that private career colleges in Canada could see their enrolment jump by at least 10 per cent if Ottawa were to allow students at these designated learning institutions to qualify for PGWPs.

“It’s something we’ve been working on for years,” says Hood.

The COVID-19 pandemic has exacerbated many labour shortages, including the demand for personal support workers, which are also called healthcare aid workers and homecare workers.

It would also help the private career colleges’ bottom lines.

The loss of revenue to private career colleges of not allowing international students who enrol there to get PGWPs has been estimated at $120 million.

Canada is a top destination for international students, ranking with Australia as their favourite place to study, a poll from IDP Connect revealed earlier this year.

The biggest chunk of the surveyed students – 38 per cent of whom were Indian – wanted to study in Canada or Australia, followed by the United Kingdom, the United States and then New Zealand.

Mirroring the countries of origin for international students in Canada, significant numbers of the survey sample consisted of students from the Philippines, Bangladesh, Vietnam, Nepal, Indonesia, Kenya, Malaysia, Sri Lanka, and China.

Half had either received at least one offer to study in Canada or had a pending offer, 18 per cent had already begun their studies, and 20 per cent had not yet applied. Twelve percent had put their studies on hold.

The results of that latest poll mirrored those of Navitas’ survey of international students’ view of Canada’s handling of the COVID-19 pandemic in September last year.

“In May, 2020 Navitas surveyed its global agent network to explore how COVID-19 was changing the fortunes of international study destinations,” said Jon Chew, head of strategic insights and analytics at Navitas.

In September, Navitas repeated its survey and got similar results. If anything had changed during the height of the pandemic, it was that Canada’s handling of the pandemic had further enhanced its reputation as a favourable place to come and study.

During the pandemic, Canada allowed international students to take all of their courses via distance education in their home countries without losing their study permits and the benefits that come with them.