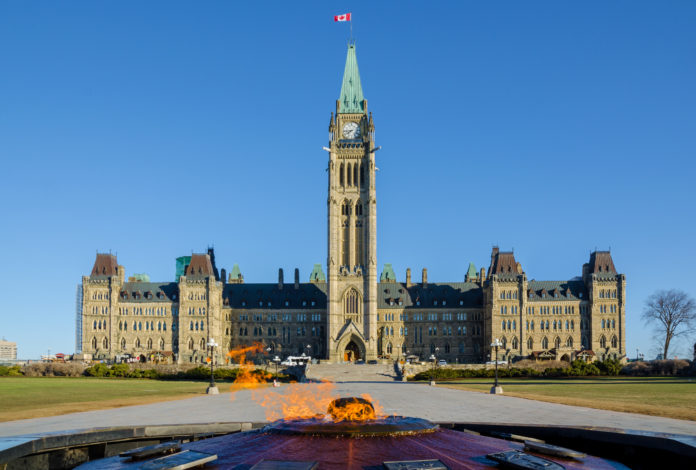 Canada’s federal government agreed today to work with Ontario to temporarily suspend the arrival of international students to that province in a bid to curb the spread of COVID-19.

“This is not the time to travel,” said Prime Minister Justin Trudeau. “On land borders, as a reminder, anyone who comes to the U.S. land border has already been tested in the U.S. in the last three days. Then, they have to get tested again. And everyone has to be quarantined for two weeks and do another test on day eight.

“We are enforcing very severe consequences for anyone breaking these rules,” he said.

In a virtual press conference Friday, he lambasted what he described as Ottawa’s weak measures at the Canada-U.S. land border crossings. Earlier this week, the central Canadian province’s provincial government called on Ottawa to do more to secure those land border crossings and prevent the arrival of travelers with COVID-19.

Ontario has already had more than 463,360 cases of COVID-19 and its death toll from the pandemic there has hit 8,050. With strict lockdown measures, the number of new daily cases of COVID-19 in the province is dropping but was still at 3,887 as of Apr. 30.

At issue for the Ontario government is the disparity between the COVID-19 security measures for travellers arriving by air and those crossing into Canada at the land borders.

If that COVID-19 test comes back negative, they can then continue their two-week quarantine elsewhere.

Those arriving through a land border do not need to stay in the government-approved quarantine hotels.

Ontario wants Ottawa to force people coming into the province at land border crossings to also stay in the quarantine hotels.

“With several land border crossings between the United States and the Province of Ontario, this loophole represents a significant threat to the health and well-being of Ontarians due to the potential for further entry of COVID-19 variants into the province,” Ontario Health Minister Christine Elliott claimed in a letter this week.

It was also signed by Ontario Solicitor General Sylvia Jones.

“In the past two weeks, over 150,000 people – not including essential commercial truckers – have crossed Canada’s land borders. This includes dozens of individuals who crossed between Apr. 24, and Apr. 26, 2021, after travelling from countries where direct flights to Canada are currently banned. This is not just an Ontario problem – it is a Canada-wide problem.”

On Friday, the prime minister said he was “happy to work more narrowly” with Ontario, the only provincial government to make this request, and would be reaching out to the province’s officials to formalize Ontario’s request.

40% Of Ontario Adults Have First Dose Of Vaccine

The vaccination rollout in Ontario is already in overdrive with Ford claiming that 40 per cent of the adults in that province have received their first dose of a COVID-19 vaccine, one week ahead of schedule.

“I am as happy as you about the news for more vaccines, we hit five million vaccines yesterday, and I’m happy that I can tell you that by the end of today, we will have administered the first vaccine to 40 per cent of Ontario adults,” the premier reportedly said. “This is great news. It’s news we’ve all been waiting for.”

Friday, the Ontario premier also said that, if had the power to do so, he would shut down the Lester B. Pearson International Airport in Toronto and he would also close the Canada-U.S. border to all but “absolutely essential” travel.

“I would shut down the land border crossings to only those who are absolutely essential, because I would do everything in my power to stop a vaccine-resistant variant from getting into our country and bringing a fourth wave with it,” Ford reportedly said.

He said too many people are coming into Canada and exploiting weak COVID-19 security measures at the land border.

“As long as you can fly to Buffalo, take a taxi or a limo to the U.S. border and walk across to Canada to avoid having to quarantine in a hotel, as long as these massive loopholes exist, we’re not safe from these new variants,” he reportedly said.