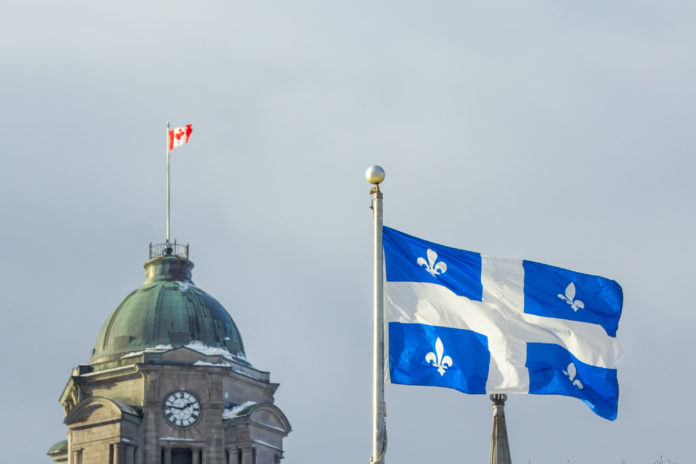 That puts the francophone province on track to have received 4,824 new English-speaking permanent residents through family sponsorship programs for last year. The IRCC has not yet released official data covering all of last year.

But the available data clearly shows Quebec is now accepting far more English-speaking permanent residents under family sponsorship programs than it has in several years.

Since 2015, the number of such English-speaking new permanent residents coming to Quebec under family sponsorships had gradually increased, from 2,935 to a high of 3,680 three years later, in 2018.

*Projected figure for 2021 is based on the extrapolation of the rate of arrivals under family sponsorship programs in Quebec in the first 10 months of the year.

The number of English-speaking new permanent residents to Quebec arriving under other categories of immigration programs rebounded somewhat in 2021 from the hit they took in the first year of the pandemic but have not yet returned yet to normal levels.

Under economic programs, Quebec welcomed 4,605 new English-speaking permanent residents in the first 10 months of last year, putting the province on track to receive a projected 5,526 such newcomers for the entire year.

That projected number of new English-speaking permanent residents to Quebec under economic programs in 2021 is 92.5 per cent higher than the total number of such immigrants to the province in 2020.

That level of economic immigration of anglophones under these programs is, however, still 33.4 per cent lower than the 8,300 English-speaking immigrants who came to Quebec in 2019.

Programs for English-speaking refugees to Quebec showed the same trend last year. In the first 10 months of the year, the province welcomed 2,245 anglophones under refugee programs, putting Quebec on track to welcome 2,694 such refugees in 2021.

That’s almost 63.8 per cent higher than in 2020 but still 3.8 per cent lower than the 2,800 English-speaking new permanent residents to Quebec under these programs in 2019.

At the start of the year, Quebec increased the fees related to family sponsorship programs, raising the amount needed to apply to sponsor the first family member from $293 last year to $301 and the amount for each subsequent relative from $117 last year to $120.

With that permanent residence, sponsored family members are able to live, study and work in Canada.

The sponsor also assumes all financial responsible for their relative once he or she arrives in Canada.

Spouses and common-law partners who come to Canada under the sponsorship programs are allowed to work under the Spousal Work Permit Pilot Program.

Sponsored Spouses Can Work While Applications Are Processed

The program is designed to allow spouses and partners to work while their immigration applications are being finalized.

Eligible candidates must be in Canada and in the process of being sponsored for permanent residence under the spouse or common-law partner class. Candidates must also have valid temporary status as a visitor, student or worker.

Under the sponsorship programs, sponsors ink a contract with Canada’s immigration authorities to repay the government for any social assistance payments made to the sponsored person. Sponsors remain obligated to the undertaking agreement for the entire period of the contract, even in a change of circumstances such as marital breakdown, separation, divorce, or a financial change in circumstances.

In the case of a spouse, common-law partner or conjugal partner, a sponsor is required to sign an undertaking to reimburse the federal or provincial governments from the date in which they become a permanent resident for the period of three years.

In the case of a child under the age of 19 years, of the sponsor or the spouse, common-law partner, or conjugal partner, the obligation starts on the day that the child becomes a permanent resident of Canada for a period of 10 years or until the child reaches the age of 25 years.

In the case of a dependent child over the age of 19 years, the obligation starts on the day that the dependent child becomes a permanent resident, for a period of three years.

In the case of parents and grandparents, the sponsorship obligation extends for a period of 20 years from the date in which the member of the family class becomes a permanent resident. For all other family members, the obligation is of a duration of 10 years.