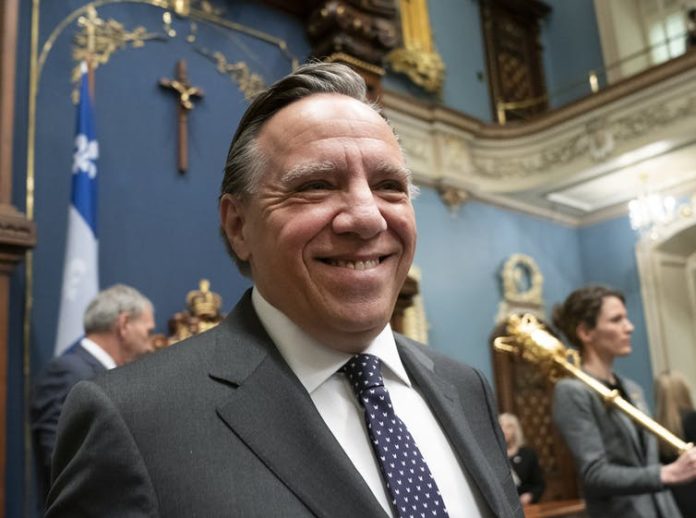 Canada immigration news: In his inaugural speech before the legislature, Quebec Premier François Legault ruled out any large increases in immigration as the francophone province rebuilds its economy in the wake of the COVID-19 pandemic.

Instead, the premier set his sights squarely on Quebec healing itself and building a brighter future.

“Now that the worst of the pandemic is behind us, it’s time for Quebec to project itself into the future,” Legault reportedly said.

Quebec is already bullish on immigration and sees immigrants as vital to resolving labour shortages.

By far the most popular paths for immigrants to gain permanent residency in Quebec this year have been the economic immigration programs which resulted in 1,315 new permanent residents to the province through the Canadian Experience, Caregiver and Skilled Worker programs.

Quebec announced at that time it would be investing more than $20 million into its settlement services for immigrants over three years. That second round of funding included $7.4 million for 78 projects for immigrants in 17 regions of the province through its Community Support Program, the Programme d’appui aux collectivités (PAC) which was announced in late February.

Within the last two years, Quebec has invested in settlement services for immigrants through 74 service centres spread out throughout the province.

Quebec is also offering up Temporary Open Work Permits, (the Permis de travail ouvert transitoire – PTOT) to those who have submitted an application for permanent residence as skilled workers. These are two-year work permits that can be renewed for an additional year, provided the worker remains in Quebec.

These work permits are also offered to the applicant’s spouses regardless of that spouse’s type of employment.

“We have listened to temporary foreign workers and Quebec businesses,” said Girault. “As a result of these agreements, we have taken an important step in supporting economic development in Quebec, its businesses and its regions, to make things easier for foreign workers applying for immigration.”

Quebec’s premier expressed the view that the worst of the pandemic is now over and said Quebeckers are now hungry for things to be better than they were before. They are not just looking for a return to normalcy.

“It’s clear that Quebeckers do not want to return to where we were before the pandemic. We must not go back to our ruts. We must resist the temptation to inaction. We have to consolidate our efforts and move forward,” Legault said in French.

“We must repair what has been broken, renew what is old and worn out, and, above all, we must seek out the exceptional opportunities that still lie ahead of us.”