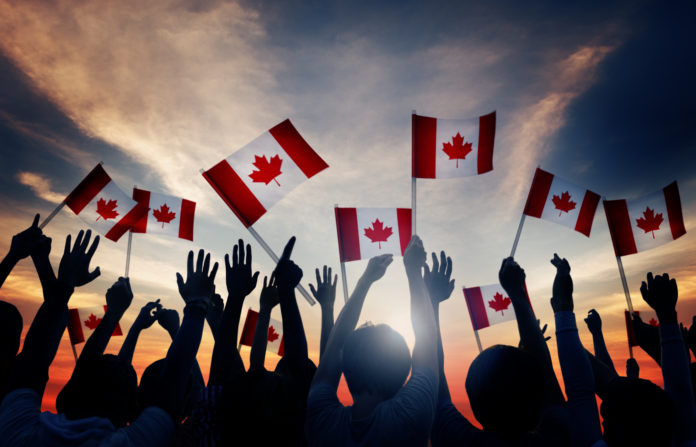 An international think-tank’s latest report reveals Canada is moving up in the rankings of the friendliest countries for immigrants.

“Canada, along with New Zealand, is taking the place of previous top-ranking countries such as Australia, the UK and the United States, which all go down in the Migration Integration Policy Index (MIPEX) rankings this round under pressure from populist political forces,” he says.

The MIPEX’s international scorecard ranks the policy performance of 52 countries from five continents. This year, Canada received a high score of 80, placing it fourth in the world for its comprehensive, immigrant-friendly policies that emphasize equal rights, opportunities and security for newcomers.

“The MIPEX scores allow us to gauge how well our policies support or hinder newcomers on their path to settling into Canadian society,” says Anna Triandafyllidou, the Canada Excellence Research Chair in Migration and Integration at Ryerson University.

“The index helps us compare our performance over time and identify where we have room for improvement or the potential to learn from other countries,” she says.

When the last MIPEX was released in 2015 after almost a decade of Conservative Party of Canada governments under the leadership of Prime Minister Stephen Harper, Canada ranked only sixth.

During the Liberal Party of Canada’s years at the helm under Prime Minister Justin Trudeau, Canada has since upped its overall score by two points due to improvements in access to healthcare for asylum seekers and improvements to the 2017 Citizenship Act.

According to the international think-tank, Canada’s greatest strength is in its anti-discrimination policies. It received a top score because of its world-leading laws and policies, including the Canadian Charter of Rights and Freedoms and its national policies on multiculturalism.

The organization recognized with its latest scorecard that permanent residents have the opportunity to obtain citizenship, and hence voting rights, relatively quickly in Canada.

But the Migration Policy Group docked Canada points because non-citizens have no opportunity for political participation at the local and national level and there is a lack of representation of non-citizens in policy-setting bodies.

Labour market mobility needs the greatest amount of improvement, the authors of the latest report state.  Migrants without legal documents or with restricted temporary work permits in Canada still face barriers to employment and limited access to healthcare.

This latest MIPEX Index report, produced by the Migration Policy Group and the Barcelona Centre for International Affairs, covers the five years ending in 2019 and measures policies to integrate migrants across five continents: Europe; Asia; North and South America, and; Oceania.

The index is a comprehensive international benchmark for integration policies and is widely used by policymakers, civil society, researchers and the media.  The policies that governments put in place affect how easily newcomers can find jobs, access language and education opportunities, develop a sense of belonging, and grow to become citizens who participate fully in society.

Canada the Most Sought-After Destination

The results of this latest index dovetail with other recent data from surveys undertaken by Remitly, a company that lets users transfer money online from desktops, tablets or mobile phones, and the international polling giant Gallup.

In its Where the World Wants to Work report released earlier this year, Remitly revealed that Canada was the most sought-after destination in Google searches using the term “how to move abroad” of all the 101 countries surveyed.

Many of those Googling information about immigrating to Canada are Africans, particularly those living on the southern half of the continent. Canada was the preferred destination of Africans in Namibia, Botswana, Zimbabwe, Zambia, South Africa, Malawi, Tanzania, Madagascar, the Seychelles, and Mauritius and Kenya, as well as the west coast African countries of Ghana and Nigeria and Tunisia in the north.

India and Pakistan, two major sources of immigrants to Canada, were also revealed to be Googling how to immigrate to Canada as were people living in Qatar.

Among the European nations, those with the strongest historical, linguistic and cultural ties to Canada, perhaps unsurprisingly, also have residents thinking of hopping across the pond to Canada. Google searches of how to immigrate to Canada were most common in Ireland, the United Kingdom, Belgium and France.

A Gallup survey of Canadian attitudes to immigrants also shows them to be the most welcoming people in the world when it comes to newcomers.

Gallup’s latest Migrant Acceptance Index asked people living in 145 countries last year whether they thought immigrants living in their country, becoming their neighbors and marrying into their families were good or bad things.

Canada scored the highest score, 8.46, indicating Canadians are the most welcoming people in the world when it comes to immigration.

Canada Immigration Leads To Significant Growth In Use Of South Asian...