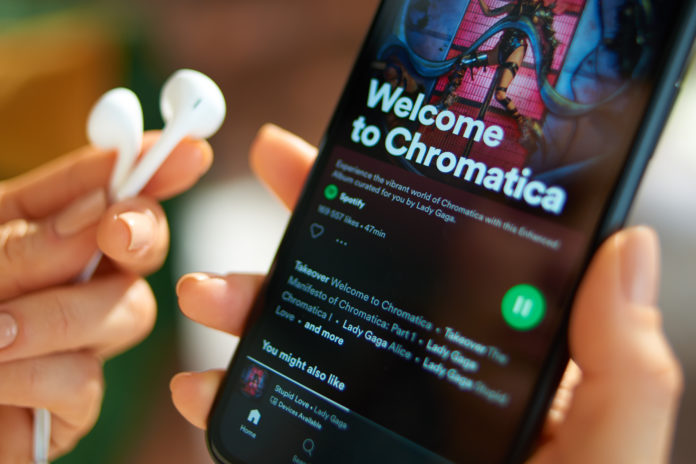 Canada immigration news: Digital media streaming service Spotify is planning to follow in the footsteps of Amazon by hiring hundreds more employees in Canada, as well as Europe and Australia, in its bid to beef up its advertising revenues.

That giant online retailer announced in September it would expand its workforce in Canada by 15,000 this autumn.

Now, Spotify is following suit and expanding its own workforce in the Great White North.

“We are increasing our ads business marketing workforce by over 70 per cent in Europe, Australia and Canada … and that’s off a pretty sizable base,” Lee Brown, Spotify’s head of advertising business, reportedly said in an interview.

“We’re investing in our advertising business. As far as long-term strategy, I think gone are the days of advertising being less than 10 per cent of our overall revenue.”

Spotify has reportedly already snagged an ad industry exec to lead its international sales to boost the money it makes from its 210 million ad-supported users from about 12 per cent of its total revenues. The company also has 155 million paying subscribers.

The new Spotify jobs in Canada are part of a trend of tech companies choosing the country to expand their operations.

As those tech firms expand in Canada, they are increasingly looking to hire foreign nationals under Canada’s economic immigration and refugee programs.

Earlier this month, the $230-billion information and communications industry in Canada partnered up with a global non-profit that finds jobs for refugees, particularly those from countries like Afghanistan, Lebanon and Jordan.

Under that deal, TECHNATION, a Canadian technology industry association, is working with Talent Beyond Boundaries (TBB), a global non-profit.

“My own experience working in the Canadian military in war-zones, forever changed my view as to why Canada must continue to step up and lend a helping hand,” she said.

Tech industry watchers say Canada is increasingly getting a bigger share of the tech industry due to restrictive immigration policies south of the border that are limiting the ability of companies in the United States to bring in foreign talent.

Venture capitalist Chris Albinson, the CEO of Communitech, first saw the writing on the wall and warned American policymakers in an opinion piece in The Globe and Mail earlier this year.

“Canada now has six times as many skilled immigrants, as a percentage of the population, as our American neighbours do – a significant stat when you consider half of the founders of America’s tech unicorns (private companies worth $1-billion or more) were born outside the U.S.”

The venture capitalist warned U.S. policymakers that Canada stood poised to dominate the tech sector because of its immigration policies and its “strong advantage in the next wave of technology (think artificial intelligence, machine learning, quantum computing, 5G, Medtech, and advanced manufacturing), our relative cost advantage, and parity in access to markets and capital.”

As vaccination rates rise and the Canadian economy recovers, the country is seeing huge job growth and opportunities for new Canadians and temporary foreign workers.

That’s providing new opportunities for those who want to immigrate to Canada.

Canada Has More Jobs Than Before COVID-19, BMO Economist Says