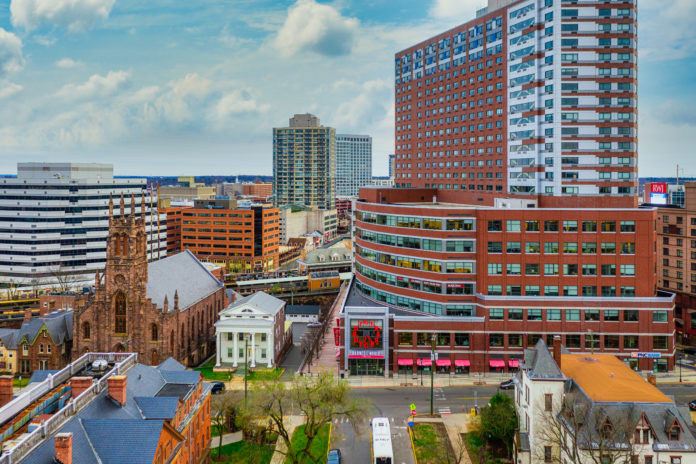 New Brunswick is attempting to woo international with a new program to encourage them to remain after graduation.

“Growing our population base is essential to addressing the workforce needs of the future, and access to skilled talent is crucial for New Brunswick companies of every size,” said provincial Immigration Minister Arlene Dunn.

“Not only are international students a critical component of our talent pipeline, they also contribute immensely to making our province more diverse and inclusive.”

The $1 million, three-year Study and Succeed in New Brunswick program is offering international grads access to resources, support and connections in a bid to boost the availability of skilled labour in the province.

The program is being funded by Opportunities NB and the Atlantic Canada Opportunities Agency (ACOA) through its Regional Economic Growth through Innovation (REGI) program. Each agency is plunking down about $500,000.

“The government of Canada, through ACOA, is proud to support projects like Opportunities NB’s Study and Succeed initiative that provide international graduate students with the tools, training, and professional contacts they need to stay in New Brunswick,” said Fredericton MP Jenica Atwin.

“By creating the right networks and opportunities, we are fostering inclusion and strengthening our vibrant, diverse communities.”

“The PNP is the most common way that former international students become permanent residents,” noted the non-profit think tank in its report, After School: Keeping International Students In Province.

“An increase in PNP slots for international students can make it easier for them to stay in Canada, which can facilitate retention in provinces of study.”

The Conference Board of Canada also highlighted in that report the importance of improved settlement services offered by the provinces, such as New Brunswick is now doing, to help international students seeking their permanent residence in Canada.

“The post-study period can be precarious. International students are navigating the transition to the labour market and the immigration system without access to federally-funded settlement services,” noted the Conference Board of Canada.

“Provinces can boost retention by ensuring that international students get support from their post-secondary institution and from provincially funded settlement services.

“An early investment from provincial governments in the success of international students will help them build a career and community connections, which will ultimately benefit retention.”

Universities and colleges in Canada enjoy a very solid reputation throughout the world.

The University of Toronto was ranked 18th. UBC placed 35th. McGill University was deemed the third-best university in Canada.

As last year drew to a close, Immigration, Refugees and Citizenship Canada (IRCC) data offered a glimpse of the massive potential to increase immigration to the country through better programs to retain international students.

That IRCC data shows Canada was on track to set a new record for study permits issued in 2022 with 418,260 international students having been given one of these permits in the first nine months of the year.

Since 2015, the number of study permits issued to international students coming to Canada has more than doubled, soaring from 219,035 during that year to record-breaking levels today.

Study Permits Allow International Students To Work While In Canada

IRCC allows students to work while studying in Canada.