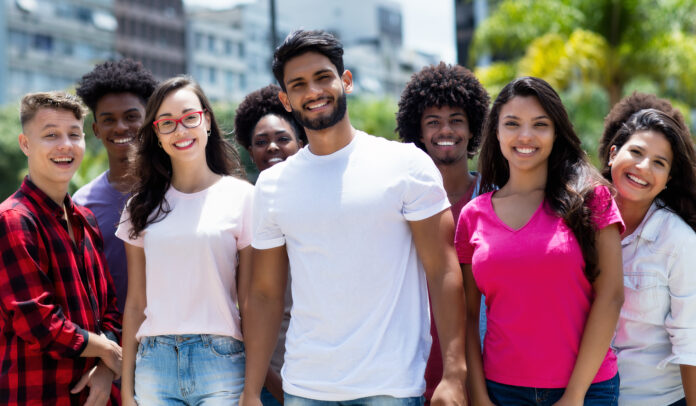 New statistics have revealed immigrants are likely to comprise more than a third of Canada’s population within the next 19 years because they are responsible for almost all population growth in the country.

In its Canada’s Population Estimates, Second Quarter 2022, Statistics Canada chalks up 94.5 per cent of the population growth in Canada during the second quarter of this year to immigration, an increase of 269,305 people.

“This was the highest increase from international migration since comparable records have existed and were 93,000 higher than in the third quarter of 2019, which saw an increase of 175,907, the next highest quarter on record,” noted Statistics Canada.

Now, the statistical and demographic services agency is saying the contribution of immigration to population growth will dramatically change the composition of Canadian society.

“Given that the population of Canada continues to age and fertility is below the population replacement level, today immigration is the main driver of population growth,” noted Statistics Canada on Wednesday.

“If these trends continue, based on Statistics Canada’s recent population projections, immigrants could represent from 29.1 per cent to 34 per cent of the population of Canada by 2041.”

That’s more than one in three Canadians.

And the arrival of all of those immigrants will significantly alter the demographic composition of the country, explained Statistics Canada.

“Immigrants come from many different countries, bringing with them their cultural, ethnic, linguistic and religious heritage,” noted the agency in its latest Daily report.

“Over time, Asia has become the top source region of new immigrants, and this trend continued in 2021. The share of new immigrants from Africa also increased. Together, immigrants, Indigenous people – who have walked this land for thousands of years, before Europeans settled here – and their descendants have helped shape Canada as it is known today.”

Almost One in Four Of Canada Population Is An Immigrant

According to Statistics Canada, more than 8.3 million people, or almost one-quarter, exactly 23 per cent, of the Canadian population, were, or had ever been, landed immigrants or permanent residents in Canada.

‘”This was the largest proportion since Confederation, topping the previous 1921 record of 22.3 per cent, and the highest among the G7,” noted Statistics Canada.

Last year, Canada set a new record for the number of new permanent residents in the country and Immigration, Refugees and Citizenship Canada seems on track to set another immigration record this year.

But business groups are saying they want immigration levels to be raised even more to deal with labour shortages.

“With job vacancies in late 2021 hitting 80 per cent higher than pre-pandemic levels, and the working population aging, immigration is even more critical to the labour market than ever before,” noted Statistics Canada.

“Recent immigrants, whose age structure is younger than the general population, constitute a pool of workers who can help mitigate the impacts of labour shortages in a number of sectors and regions across the country.”

Earlier this month, two insiders within the ruling Liberal Party of Canada echoed those sentiments, calling for much higher immigration to the country in an open letter published in The Financial Post.

Former Innovation, Science and Industry Minister Navdeep Bains and his former chief of staff in 2016 and 2017, Elder C. Marques, recommended Canada become even more ambitious with its immigration targets.

Now retired from politics since last year, Bains is currently vice-chair of global investment banking for CIBC. Elders, now a partner at the law practice of Blake, Cassels & Graydon, was also a senior advisor to Prime Minister Justin Trudeau for a bit more than two years from 2017 through to 2019 and later chief of staff to the minister of finance in the Liberal government prior to returning to private practice.