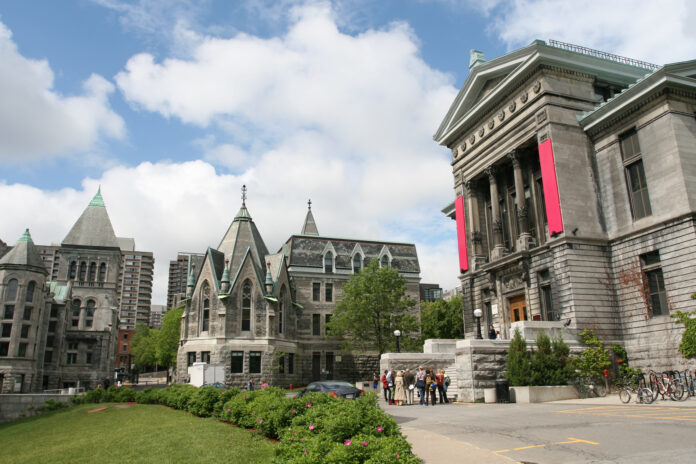 Canada immigration news: The latest ranking by QS Quacquarelli Symonds, a provider of analytics and insight to the global higher education sector, puts three Canadian universities among the top 50 in the world.

The strength of Canada’s university education system is further evident by the appearance of another 11 Canadian universities, for a total of 14, in the top 25 per cent of the more than 1,400 universities ranked by Quacquarelli Symonds in its list.

Mcgill University Is In The Most Student-Friendly City In The World, Montreal

McGill, based in what was described as the most student-friendly city in the world in the QS Best Student Cities 2017 ranking, has 50 research centres and institutes, more than 400 programs, and an alumni network of more than 250,000 around the world.

“Based in Montreal, McGill University ranks among Canada’s most prestigious universities, attracting thousands of international students from over 150 countries every year, and the highest percentage of PhD students of any Canadian research university,” notes Quacquarelli Symonds.

“Graduates are highly sought after by employers, with the following percentages of graduates in education or employment two years after graduation:

McGill ranked 27th on the list with an overall score of 81.9, narrowly beating out the University of Toronto for the bragging rights to the best university in Canada.

The University of Toronto ranked 34th with a score of 81.5.

The University of British Columbia, the third most highly rated Canadian university on the list, placed 47th globally with a score of 77.

“The University of British Columbia is recognized internationally for excellence in teaching and research as well as global impact. Since 1915, UBC has been opening doors of opportunity for people with the curiosity, drive and vision to shape a better world,” notes the report from Quacquarelli Symonds.

“UBC is committed to equity, diversity and inclusion to strengthen its community, the quality, relevance and impact of its research, and the opportunities for the full pool of potential participants in the research ecosystem. UBC is also the first university in North America to commit to implementing the United Nations Declaration on the Rights of Indigenous Peoples.”

The other 11 Canadian universities among the 14 ranked in the top 25 per cent of all these post-secondary learning institutions throughout the world are:

Most of the roughly 350,000 foreign nationals who come to study at Canadian universities must apply for study permits.

International Students Can Work In Canada While Completing Studies

7 Reasons International Students Should Study In Canada In 2022