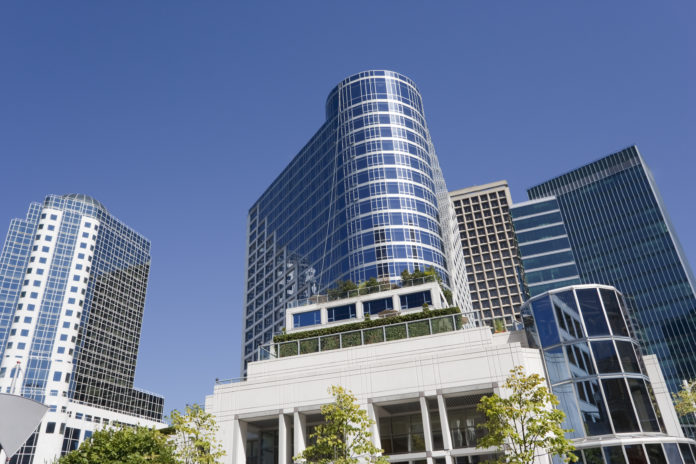 Canada immigration news: The lifting of many of the COVID-19 public health restrictions pushed up the number of people working full-time in retail jobs in British Columbia in September, Statistics Canada date shows.

The West Coast province now has one of the lowest unemployment rates in Canada, behind only Manitoba, even as its labour force is growing. In Kelowna, in the province’s Interior, and Victoria, its capital city on Vancouver Island, unemployment hit a low of 4.4 per cent in October.

And it’s not just the retail sector in British Columbia that’s booming again.

Despite a dip in September, the trend this year across Canada has been for more job openings in professional, scientific and technical services as well.

“Since the end of the first wave of the pandemic in June 2020, the number of people working in the professional, scientific and technical services industry has followed a long-term upward trend, with employment surpassing its pre-COVID February 2020 level by 183,000 in September 2021,” states Statistics Canada in its latest Labour Force Survey.

The other noticeable trend in British Columbia is that many of the jobs available are now full-time, not part-time.

While COVID-19 has hurt many people’s job prospects due to the various public health restrictions and the economic blow to several industries, many other occupations have fared even better than before the pandemic began.

Here are the Top 10 Most In-Demand Jobs In British Columbia that Ottawa says improved during the pandemic by their National Occupational Classification (NOC) codes.

When the COVID-19 pandemic hit, demand for payroll administrators boomed as many employers needed to lay off staff due to the pandemic public health measures – and, later, had to hire employees again as the restrictions were lifted. Payroll administrators were needed to implement such measures as employment terminations, temporary layoffs, and reductions of employee hours.

In mid-November, the Indeed.ca job website listed 174 jobs for payroll administrators in British Columbia alone and 667 across the country.

Based on a 37.5-hour work week and full-time employment, a payroll administrator in British Columbia makes a median annual income of $47,750 but can earn up to $71,500 in the northeastern part of the province.

During the first year of the pandemic in Canada, the number of jobs for IT professionals shot up by roughly 32 per cent as travel restrictions and lockdowns forced Canadians to turn to online shopping and Zoom meetings.

Suddenly, they were in even bigger demand than usual. In mid-November, Indeed had 876 positions for information systems analysts in British Columbia and 6,427 such jobs across Canada.

These professionals earn a median annual wage of $72,150 in British Columbia based on a standard work week but can command up to $120,000 in Vancouver, the province’s biggest city.

The government’s Job Bank website gives its highest rating to the job prospects for teacher’s assistants.

These are the people who support students and help teachers and counsellors with teaching and non-instructional tasks. They assist in the areas of personal care, teaching and behaviour management under the supervision of teachers or other childcare professionals.

In 2016, the Supreme Court of Canada forced British Columbia to reduce its class sizes. Since then, the population has grown and there are now more students than ever – and that’s driven up the need for teacher’s assistants in the province.

Early in the pandemic, elementary and secondary schools in the province pivoted to on-line learning. But in September last year they returned to in-class learning and funding was increased to support new health and safety measures, protective equipment and new learning groups.

In British Columbia, teacher’s assistants earn a median annual income of $49,375 with those at the upper end of the wage scale making $58,500 annually for a standard work week.

The people doing these jobs were hit hard by supply chain disruptions due to COVID-19 but these positions are coming back as the economy recovers. Job Bank listed 71 jobs in this field in British Columbia in mid-November but that’s just the tip of the iceberg. Indeed listed 525 jobs in this occupational category.

These employees command a median annual income of $52,650 in British Columbia but salaries can go as high as $103,100 per year in the northeastern part of the province based on a standard work week.

Anyone with any experience in the hospitality sector who is out of work in British Columbia is probably just not looking for work. The restaurant sector is screaming for employees, including cooks.

“It’s unprecedented times out there,” he said. “I’ve heard of restaurants changing their hours, closing earlier … The staff they have is burning out.”

There were 3,667 jobs for cooks in British Columbia in November, according to Indeed.

It’s not the highest-paying work. The median annual income for a cook in British Columbia, based on a 37.5-hour work week, is $31,200 and the annual salary tops off at $48,750. But jobs are very, very plentiful.

During the pandemic, the demand for janitors and caretakers went through the roof as employers sought to comply with public health restrictions and cleaned every high-traffic area of their businesses several times each day.

These workers, who clean and maintain the interior and exterior of commercial, institutional and residential buildings and their surrounding grounds, suddenly became in high demand.

In British Columbia, they earn a median annual income of $40,092 based on a standard work week and full-time employment but they can make as much as $62,400 per year on Vancouver Island and in the Kootenays.

These workers handle, move, load and unload materials by hand or using a variety of material handling equipment and work for transportation, storage and moving companies. They can also be employed by manufacturing and processing companies and retail and wholesale warehouses.

Think about all the people that handle goods shipped out through Amazon or other online shopping platforms. The online shopping boom during the pandemic caused an explosion of jobs for those people who move those goods.

During the first wave of COVID-19 in Canada, employment for material handlers almost doubled, rising 91 per cent in April last year compared to the number of people doing these jobs in 2019.

Even though the pandemic seems to be coming under control, there were still 190 of these positions up for grabs in British Columbia in mid-November and 1,140 of them across the country.

The median annual income based on a 37.5-hour work week for these jobs is $37,500 in British Columbia, with those at the upper end of the wage scale earning $64,800 annually.

Considered essential, truckers faced new COVID-19 safety protocols to provide interprovincial and intra-provincial transportation of goods during the pandemic, including the loss of access to many of the services on which they rely. Many card lock sites (fuel stations specifically for commercial trucks), restaurants, washrooms, and some rest areas simply closed down during the pandemic.

With the shifting retail environment as shoppers turned to the web to buy goods, truckers became and even hotter commodity than they had been before the pandemic.

In mid-November, Job Bank listed 541 jobs for truckers in British Columbia, most of them in the Lower Mainland near and including Vancouver.

The median annual income for a trucker working a standard work week in British Columbia is $52,650 but that can rise to $76,050 for those working in the northeastern part of the province.

Mining was hit hard by the drop in demand for commodities in the first half of last year but the re-opening of economies throughout the world has seen the industry bounce back.

It’s not a job for the faint of heart.

“New employment opportunities are expected as demand for BC’s copper and gold is tied to an anticipated rebound in global infrastructure investment in the wake of the pandemic,” the Canadian government noted in its British Columbia outlook report.