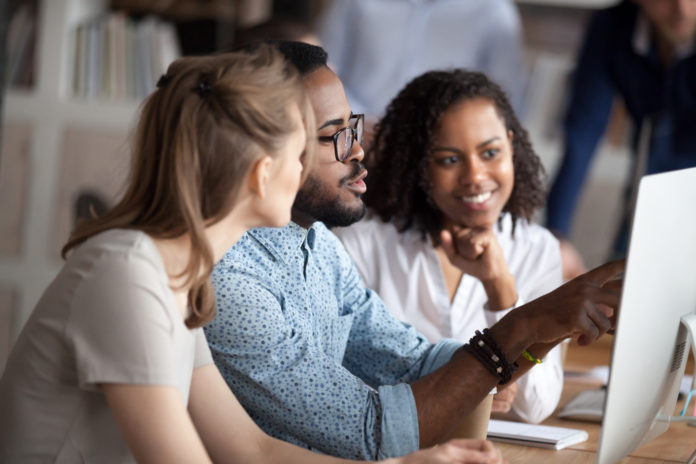 Canada immigration news: A study released by a leading commercial real estate firm reveals Toronto is a magnet for attracting some of the brightest tech workers in North America.

In its 2021 Scoring Tech Talent report, CBRE again places Toronto high among the top cities for the tech sector. In the last five years, Toronto attracted 81,200 tech jobs and produced 26,338 tech degrees, meaning it attracted a net of 54,862 tech workers.

The CBRE report calls that the city’s “brain gain”.

“That shouldn’t be a surprise, given how much Toronto relies on international immigration,” said Marc Meehan, the CBRE’s director of research in Canada.

Among the 50 North American cities in the annual ranking, Ottawa placed 10th, Vancouver 11th and Montreal once again came in at 16. The Waterloo region was ranked 21st, Calgary 28th, Quebec City 34th and Edmonton 38th.

Toronto placed fourth in the ranking, making it once again the top city in Canada for information technology (IT) jobs.

International job seekers looking for the best place to land jobs in IT would do well by checking out opportunities in those cities.

“These locations possess the strongest combination of attributes that the technology sector requires to flourish including, and most importantly, a high concentration of tech employment,” reports CBRE Research.

In the past year, many North American IT industry watchers in the United States have been casting a wistful glance at Canada’s immigration processes and wishing they had the means to attract tech workers as easily as Canadian tech companies.

Canada’s open-door policy and easy access for tech workers is one of the reasons retail giant Amazon has recently announced it will hire 1,800 new corporate and tech employees in Canada this year alone to support its AWS, Alexa, Amazon advertising, and retail and operations technology teams in Vancouver and Toronto.

The tech-driven retailer, whose business is booming due to pandemic-fueled online shopping, already has more than 1,500 positions posted on amazon.jobs for:

“Amazon is proud to create good jobs that provide opportunities for employees to develop new skills and grow their careers while innovating on behalf of customers,” said Jesse Dougherty, Amazon vice-president and Vancouver site lead.

In its 2021 report, the research arm of CBRE used 13 metrics to measure each market’s depth, vitality and attractiveness to tech employers and potential employees, including the availability of talent, quality of labour and gross operating costs.

Smaller cities tend to not make it into the top 50 markets due to the criteria set out by technology companies when choosing a site. In an attempt to provide a glimpse of how those smaller cities measure up, the CBRE also ranks the next 25 emerging tech markets, using a different set of criteria.

On that list, Halifax ranked seventh and London 10th.

“Larger markets do have an edge and that’s reflected in the site selection processes of many Canadian tech companies, but that’s not the end-all and be-all,” said Meehan.

The Waterloo region, which was ranked first on the emerging 25 list last year, is in the top 50 this year. Halifax is expected to do the same next year.

“They have a really good growth number on a five-year basis,” said Christina Cattana, the CBRE’s manager of research in Canada.

“They grew by 24 per cent over the last year and they’re home to the Atlantic super-cluster for tech. There’s a lot of good stuff happening there right now.”

Does Canada Need A New High-Potential Tech Talent Visa With No Job Requirement?