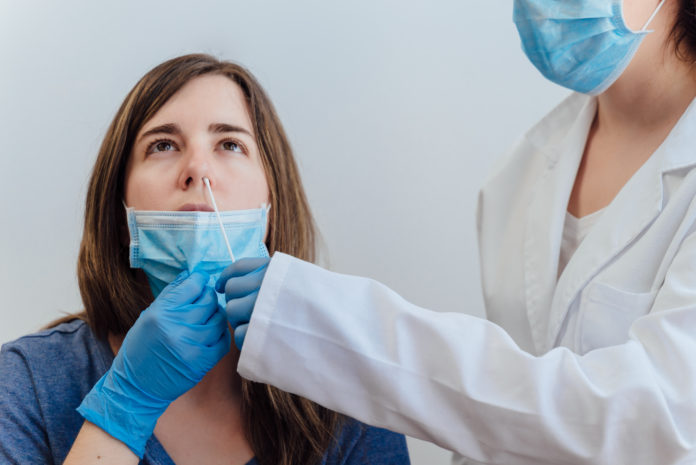 Taking a COVID-19 test upon landing at their destination could reduce the quarantine tie for travellers flying into Ontario.

Under a pilot program announced by Premier Doug Ford earlier this month, eligible travellers landing at the Toronto Pearson International Airport can now get a free COVID-19 test.

“With over 60,000 international passengers coming into Pearson airport every week, we can’t take any unnecessary risks,” said Ford. “That’s why we’re putting in place this new pilot program to help stop the spread of COVID-19 and respond to new threats like the recent strain of the virus we’re seeing in an alarming number of countries without the same travel restrictions as the U.K.”

Ottawa already requires anyone flying into Canada from another country, with only a few temporary exceptions, to present a negative COVID-19 test before boarding the airplane. Once in Canada, travellers then have to self-isolate for 14 days even if they have no symptoms of COVID-19.

But a spokesperson from the premier’s office said Thursday there may soon be a way for travellers to reduce the number of days they spend in quarantine upon arrival in Ontario.

According to the premier’s director of media relations, Ivana Yelich, the pilot project is being done in anticipation of a modified-quarantine program yet to be announced for which it will be mandatory to have a test done upon arrival to participate.

“Quarantine is mandatory for all returning international travellers as per federal regulations,” wrote Yelich in an e-mail. “What we are trying to set up is a voluntary system where people who choose to undergo additional testing, combined with quarantine, could leave quarantine early if they test negative.”

A program allowing travellers to end their self-isolation early with a negative COVID-19 test result would both help protect Ontarians from further transmission of the coronavirus and also speed things up for foreign nationals immigrating to that Canadian province.

Under the current pilot project, the province, in partnership with the Greater Toronto Airports Authority, is offering free and voluntary COVID-19 testing for international travellers arriving and staying in the province for at least 14 days.

“We are working closely with our industry partners to proceed on our commitment to implement testing at Pearson airport to help keep people safe and stop the spread of COVID-19 in our communities,” said Ontario Deputy Health Minister Christine Elliott.

“This airport testing pilot will test, trace and help isolate COVID-19 cases early and is a great step forward in protecting our borders.”

Travellers who choose to participate in the pilot receive a free, self-collected lab-based polymerase chain reaction (PCR) test and are supervised by a healthcare provider either in-person or by video as the traveller self-administers the test.

Switch Health, a health service provider, is providing the monitored self-swabbing tests in a dedicated space in the airport. The company has been delivering testing services in the Windsor-Leamington area and Peel Region.

Test results are reported into Ontario’s Lab Information System within 48 hours and local public health units follow up on all positive tests.

During the pilot program, all international travellers still have go through a 14-day quarantine after arriving or returning to Canada, even if they have a negative test.

Deborah Flint, president and CEO of the Greater Toronto Airports Authority, hailed the pilot program as another layer of protection for air travel in Canada.

“We look forward to continued collaboration with the federal and provincial governments, as testing is an internationally-accepted risk mitigation strategy,” she said.