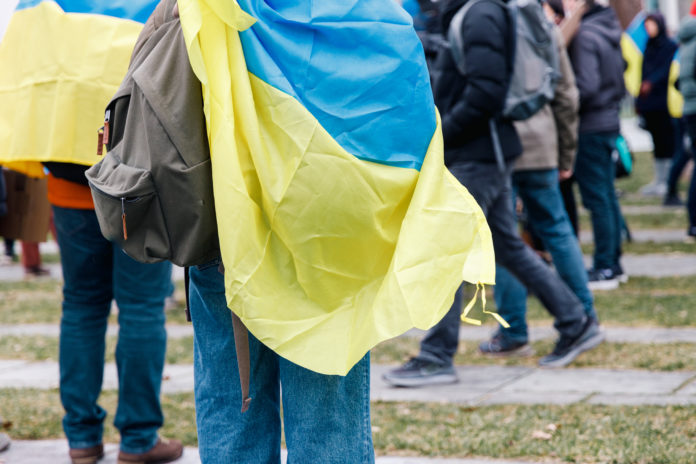 Canada immigration news: The reason Ukrainian refugees will be allowed to come to Canada in “unlimited” numbers in two weeks from their war-torn homeland is that many of them will likely not stay here, says Immigration Minister Sean Fraser.

“One of the first things we heard from the Ukrainian-Canadian community is that the vast majority of the people who want to come to Canada don’t want to stay,” Fraser reportedly told CTV’s Question Period.

“If we learned anything about Ukrainians who are fleeing this conflict, it’s that they love their homeland and they want to go back when the war is over.”

Since the beginning of this year, Canada has welcomed roughly 6,235 Ukrainians to its shores.

That number is expected to skyrocket after March 17, the day Immigration, Refugees and Citizenship Canada (IRCC) is hoping to have its Canada-Ukraine Authorization for Emergency Travel pathway open.

It didn’t take long for the number of Ukrainians seeking safe refuge to reach alarmingly-high levels.

“More than 1.5 million refugees from Ukraine have crossed into neighbouring countries in 10 days – the fastest-growing refugee crisis in Europe since World War II,” tweeted Filippo Grandhi, the United Nations’ high commissioner for refugees, on Sunday.

On Wednesday last week, Grandhi tweeted that thousands upon thousands of Ukrainians were then trying to cross the border at the Moldovan village of Palenca, just outside of Ukraine’s southwest corner.

“Thousands of stories of separation, anguish, and loss,” tweeted Grandhi. “A difficult day, but much respect for the many dedicated Moldovan officials and people helping the refugees.”

The Russia-Ukraine war, declared by Russian President Vladimir Putin, is the biggest assault on a European state since the Second World War.

“I am inspired by the courage Ukrainians have displayed as they uphold the democratic ideals that we cherish in Canada,” says Fraser.

Ukrainians Coming To Canada Under New Pathway To Get Work Permits

Until that pathway comes into effect the IRCC is encouraging Ukrainians to apply through all programs and reassuring them that theirs will be the first ones processed.