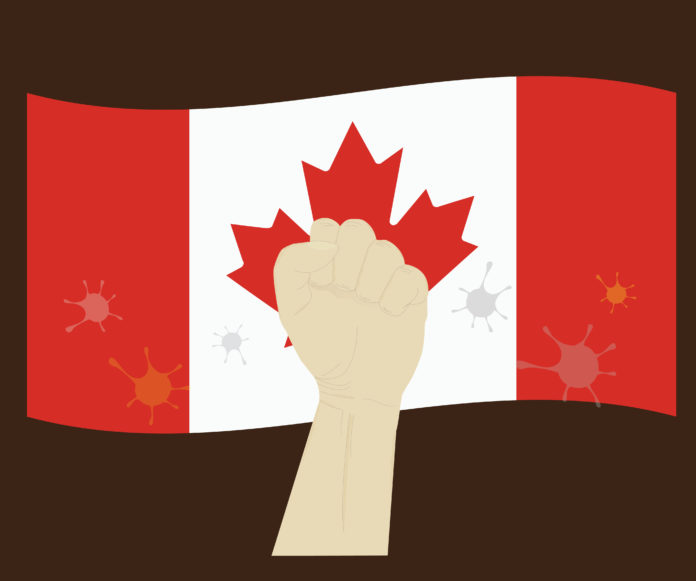 Canadian immigration is set to get a much-need shot in the arm in the coming year as vaccines being used to fight COVID-19 allow governments to lift travel restrictions imposed during the pandemic.

“If all goes according to plan, we should be able to have the majority of Canadians vaccinated by next September,” Prime Minister Justin Trudeau has said. “That puts us in very good stead.”

That means Canada could reach herd immunity – a situation where such a large percentage of the population is immune to a disease that it can no longer spread – by early in the second half of 2021.

Experts peg the threshold of vaccination or having recovered from COVID-19 needed to reach herd immunity at anywhere from 50 to 90 per cent.

“The more infectious a disease is, the higher the proportion of the population that has to be protected before we get to herd immunity,” Gypsyamber D’Souza, a professor of epidemiology at the Bloomberg School of Public Health at John Hopkins University, has said.

“So, for coronavirus, we think that it’s probably around 70 per cent of people that would need to have immunity before the rest of the group would be protected,” she said.

David Dowdy, an associate professor at the Bloomberg School, points out that immunity can be achieved either through vaccination or by surviving the illness.

As Canada’s vaccination program was getting underway at the end of this year, almost half a million Canadians, or about 1.2 per cent of its population, had already recovered from COVID-19 and had presumably become immune to it.

As herd immunity kicks in, Ottawa will almost certainly re-open its borders and encourage more immigration to jumpstart its economy, including its tech sector.

In a recent Innovation Economy Council report, author Barrie McKenna writes of the Canadian tech sector’s resilience in the face of the global pandemic.

“The resilience of tech employment in uncertain times is a testament to some of the sector’s key strengths: an immigration system that welcomes skilled foreigners, a steadily growing crop of post-secondary STEM graduates, generous (research and development) tax credits and a thriving ecosystem of start-up companies,” wrote McKenna in Magnetic North: How Canada Holds Its Own In The Global Race For Innovation Talent.

“Foreign tech giants and emerging companies alike are building operations here to tap our talent in artificial intelligence, cloud computing, bioengineering and other fields. The federal Global Talent Stream program is bringing senior talent to Canada. This all suggests that Canada is on the right track.”

Certainly, Ottawa and the Canadian provinces are bullish on immigration these days.

Throughout the pandemic, provinces have been issuing invitations to apply for immigration to suitable candidates under various streams.

On the West Coast, British Columbia’s immigration department issued 230 Invitations To Apply  (ITA) for permanent residence under its Provincial Nominee Program in late December, taking care to exclude some jobs from the list of applicable occupations due to the risk of COVID-19. The move came in the wake of a British Columbia Provincial Nominee Program Tech Pilot draw that saw 93 ITAs issued that same month and a provincial draw that saw 256 ITAs issued.

In the Prairies, Saskatchewan immigration had a draw in mid-December, issuing 576 ITAs across two streams, Occupations In-Demand and Express Entry.

In central Canada, Ontario issued 19 ITAs earlier that month under the Entrepreneur Stream of its Ontario Immigrant Nominee Program. At about the same time, Quebec immigration issued 233 ITAs through its Arrima Expression of Interest system.

All of that interest in immigration came after Canada had already passed the threshold of 100,000 ITAs for the calendar year in its first three consecutive Express Entry draws.  As of Dec. 9 – before any of the subsequent draws later in the month – Canada had already issued 102,350 ITAs.

In a year marred by the coronavirus crisis, such a high number of ITAs is considered remarkable.

In 2021, the rate of immigration to Canada is expected to skyrocket from those low levels this year.

Immigration, Refugees and Citizenship Canada Minister Marco Mendicino has already announced that Canada will be dramatically increasing immigration to boost its economic recovery from the coronavirus pandemic over the next few years.

In a bid to ensure the new arrivals spur Canada’s recovery, 60 percent of the newcomers are to be in the economic class, with the next largest group the family class, followed by refugees.

Ottawa, eager to welcome international students back to the country, also re-opened the door to them in late October, provided they were attending a Designated Learning Institution with a COVID-19 readiness plan approved by their provincial or territorial government and agreed to quarantine for 14 days on arrival.