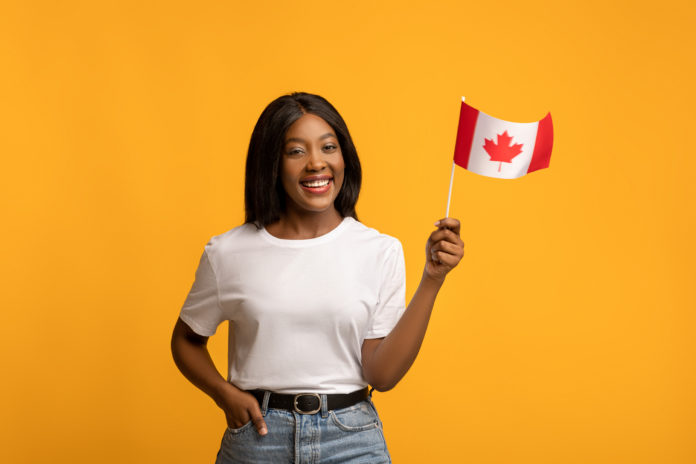 Canada immigration news: A TD Economics forecast says the Canadian province of Prince Edward Island is poised to grow its real GDP by three per cent in the coming year after managing roughly four per cent growth this year.

COVID-19 public health restrictions in the province were more relaxed than in many other regions of Canada due to Prince Edward Island’s very low number of cases of the illness.

“Businesses on the island have certainly benefitted from the province’s loose stance, as retail and wholesale sales are up about 20 and 30 per cent, respectively, year-to-date,” wrote economists Beata Caranci, Derek Burleton, Rishi Sondhi, and Omar Abdelrahman in their TD Economics Provincial Economic Forecast in late September.

“This is well above Canada’s performance,” they noted. “Provincial government spending and construction are also poised to make massive contributions to growth this year, the latter buoyed by a huge gain in non-residential building construction. This includes commercial investment, which has been bucking the nation-wide trend.”

Tourism in the province took a beating during the pandemic as cruise lines cancelled their sailings and the Canada-United States border was closed to non-essential travel until recently. That hit the hospitality sector hard but it seems to be coming back with the re-opening of the international border earlier this year.

“Tourism is key to PEI’s outlook, and on this front, there have been some encouraging developments, as the U.S. was recently added to the list of places that travelers can visit from,” noted the economists.

“This is important as nearly 10 per cent of overnight visitors came from the U.S. in 2019. However, as more people from different jurisdictions visit the island, the risk of a COVID-19 wave increases, which could set back PEI’s economic progress.” 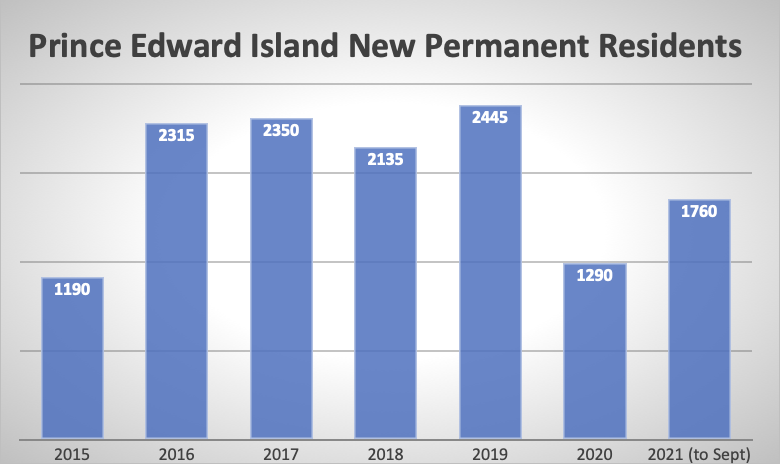 Unemployment is fairly high on Prince Edward Island compared to the rest of Canada. In October, the province had an unemployment rate of 9.1 per cent, significantly above the national average of 6.7 per cent reported by Statistics Canada in its latest Labour Force Survey.

The economic upswing in the province, though, has led to labour shortages in several occupations. That means there is a continued need for a high level of economic immigration to the province.

Economic immigration programs typically account for upwards of 90 per cent of all new permanent residents to Prince Edward Island every year.

Immigration was steadily rising on Prince Edward Island prior to the pandemic, more than doubling from the 1,190 new permanent residents in 2015 to 2,445 in 2019, the last full year before the current health crisis, figures from Immigration, Refugees and Citizenship Canada (IRCC) show.

In 2020, public health restrictions, including border closures, pushed down immigration to the province to only 1,290 new permanent residents.

‘We’ve Relied So Much On Immigration’

“Right now we’re on a standstill,” Matthew MacKay, the province’s minister responsible for immigration, reportedly said last year. “We just don’t know how long this is going to last.

“We’ve relied so much on immigration and we’ve been rolling on such a high over the last few years in the economy,” he said during the year of the pandemic. “We didn’t know how long it was going to last. And to see what slowed us down, with this COVID-19, it’s something nobody’s ever seen before.”

Now, immigration to Prince Edward Island is picking back up so much that it is poised, based on its rate of immigration in the first nine months of this year, to come within three percentage points of the number of new permanent residents the province welcomed in 2019.

Under its Express Entry category of immigration programs, the province considers candidates already in the federal Express Entry Pool for provincial nomination.

Applicants for immigration under Prince Edward Island’s Express Entry system need, though, to meet the requirements of one of the federal economic immigration programs:

The profiles created by applicants are evaluated on a grid with points given for:

ITAs are issued to the best-scoring candidates through draws that take place monthly.

Once invited to apply, a candidate has 60 days to complete and submit a full application with all the federal and provincial forms and supporting documents. He or she must also pay a $300 fee.

In an attempt to streamline the process, the province moved all Workforce Applications to an online payment system starting Oct. 4 this year and effectively stopped accepting E-transfers.

Under its Labour Impact category, the province operates two streams:

The Skilled Worker stream is employer-driven and allows skilled workers with job offers in the province to be nominated for Canadian permanent residency if they meet the following criteria:

The Critical Worker category attempts to resolve labour shortages and is open to foreign workers already in the province who are holding down jobs in specific, in-demand occupations.

The primary criteria for nomination are:

Under its Business Impact category, the province offers permanent residency to those who have obtained a Canadian work permit and worked for a Prince Edward Island business for the requisite amount of time as specified in a Performance Agreement to gain permanent residency.

That is done through the PEI Work Permit Stream provided the applicants meet these criteria:

The Atlantic International Graduate Program is aimed at candidates who have a degree, diploma or another credential from a publicly-funded institution in an Atlantic province and an offer for a job that will last at least one year but no work experience.