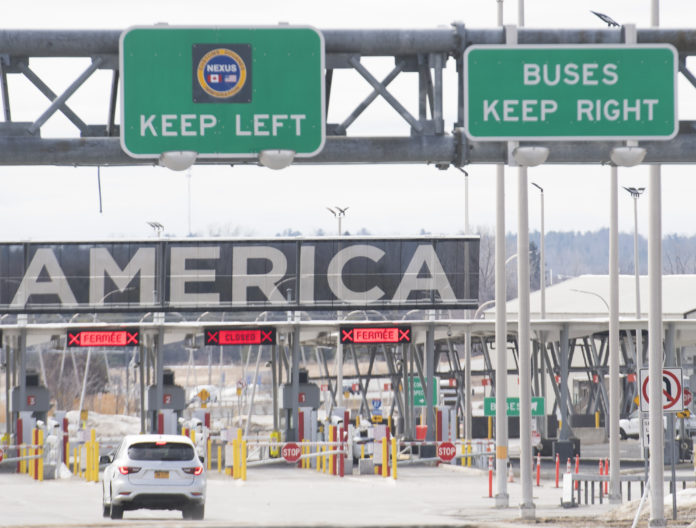 The Canada-U.S. border is likely to remain closed beyond the current October 21 deadline due to coronavirus concerns, Prime Minister Justin Trudeau suggested this week.

Trudeau said this week that as long as cases remain high in the U.S., the border would remain closed.

“We have committed to keeping Canadians safe and we keep extending the border closures because the States is not in a place where we would feel comfortable reopening those borders,” the prime minister said in a radio interview in Winnipeg.

“We will continue to make sure that Canadian safety is top of mind when we move forward. We see the cases in the United States and elsewhere around the world, and we need to continue to keep these border controls in place.”

The Canada-U.S. border has been closed to all non-essential traffic since March 21, with government on both sides of the divide renewing the closure on a monthly basis.

Canada also has in place restrictions on international travel to stop the spread of COVID-19.

Canada immigration numbers dropped again in August, as the recovery seen in the aftermath of the first wave of coronavirus stuttered for a second consecutive month.

The latest federal government figures showed 11,315 new permanent residents were admitted in August, down from 13,675 in September, a drop of more than 17 percent.

The figure is also significantly down on August 2019, when 31,585 permanent resident admissions were recorded.

After eight months of 2019, Canada had welcomed 228,430 new immigrants, compared to just over 128,000 this year. It means Canada is 100,000 newcomers behind this time last year, and highly unlikely to meet its pre-coronavirus target of 341,000 new permanent residents. 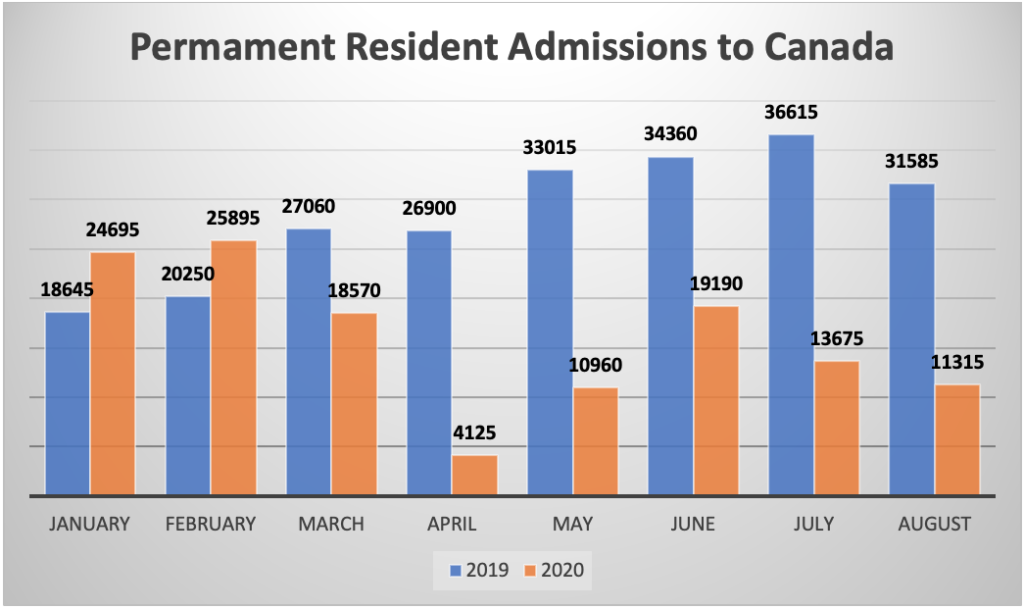 Provincial, Territorial and Federal Ministers Meet to Speed Up and Boost Canadian Immigration