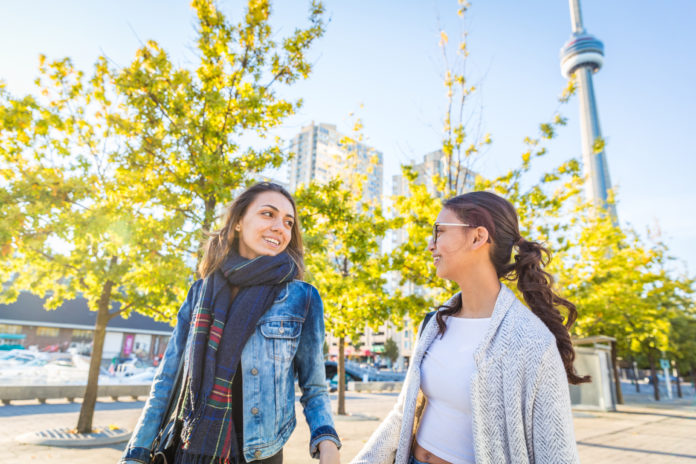 Canada immigration news: Canada’s population growth was jumpstarted in the first three months of 2021, thanks to a boom in immigration and international students coming to study – and staying here to work, says a senior economist with the Royal Bank of Canada.

“The federal government’s strong push for new permanent residents resulted in immigration returning to pre-pandemic levels, with most of the increase accounted for by people already temporarily living in the country.”

During the height of the pandemic last year, immigration to Canada slowed to a trickle. Tough travel restrictions to curb the spread of COVID-19 caused Canada’s population growth rate drop, highlighting the importance of immigration to the country.

“International migration has accounted for more than three-quarters of the total population growth since 2016, reaching 85.7 per cent in 2019,” the report stated.

But that was then.

RBC Economics notes Canadian population growth is now back on track with a significant increase in temporary foreign workers that is keeping pace with those getting their permanent resident status.

International students coming to Canada to study – and many of those already here deciding to remain and take jobs – has also boosted the country’s population.

“New Study Permits issued increased 21,000 (44 per cent) year-over-year, and new Post-Graduation Work Permits increased by 24,000 (160 per cent) in the first quarter of 2021,” wrote Agopsowicz. “This is good news after seeing Canada’s international post-secondary student population fall by 60,000 in 2020.”

Despite the uptick in immigration and return to fast population growth in Canada in the early part of this year, the COVID-19 pandemic has left a permanent reminder of its passing.

“Even with strong growth in the early months of 2021, the pandemic amounts to a lost year in terms of Canadian population growth,” wrote Agopsowicz.

“Year-over-year growth was 0.4 per cent. The natural increase in the population (births minus deaths) was just 6,400, the lowest level in recorded history, as a result of both population aging and COVID-19 related loss of life.

“Even as COVID-19 subsides, the natural increase is likely to continue to decline into the future leaving immigration to make up the shortfall. This puts even more of a spotlight on the federal government’s execution of its immigration plan,” wrote the senior economist.

Although immigration fell off drastically last year due to COVID-19 border and travel restrictions, Canada has raised immigration targets to bring in more immigrants than ever.

Immigration Minister Marco Mendicino has said he’s confident Ottawa will be able to hit those targets.

Canada Rated No 1 in World For Welcoming Immigrants