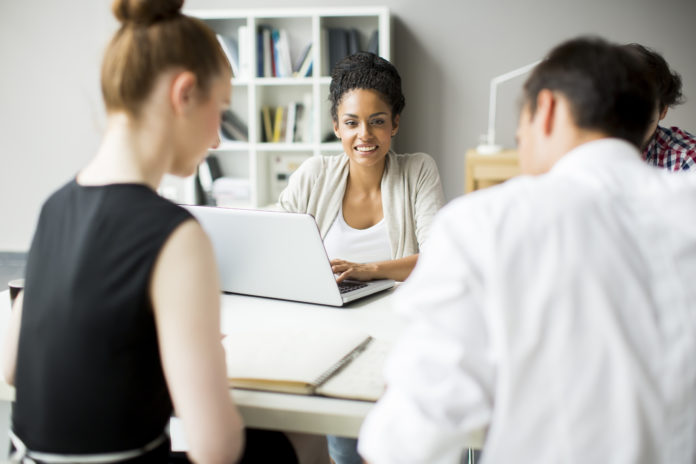 Canada immigration news: A growing labour shortage in Manitoba is expected to only get worse over the next few years with a net shortage of 29,600 workers for the available jobs, according to its economic outlook.

The Manitoba economy will see a total of 141,700 job openings between 2021 and 2025 but only 112,100 new workers join the employed labour force during that time, leaving many job openings going begging.

“Transportation and warehousing; forestry, fishing, mining, quarrying, oil and gas; and healthcare and social assistance are anticipated to be the fastest-growing Manitoba industries between 2021 and 2025,” states the economic outlook.

The sales and service sector is expected to create the most jobs, 28,000, or 19.8 per cent of the total Manitoba job openings outlook.

“Job openings in trades, transport and equipment operator occupations are estimated at 27,500 or 19.4 per cent, and occupations in education, law and social, community and government services are expected to produce 17,300 job openings over the forecast period, or 12.2 per cent,” states the report.

COVID-19 Pandemic Led To Drop In Demand For Some Workers, Boost For Others

During the Covid-19 pandemic, many jobs were affected by public health restrictions and the growing trend to do more online shopping and hold more meetings and events virtually, including trade shows and conferences. Other occupations were affected by the need to have more healthcare and cleaning services – or by supply chain disruptions.

This has led to less demand for some jobs and a greater demand for others.

Here are the Top 10 Most-Improved Jobs In Manitoba and their National Occupational Classification codes based on Ottawa’s forecasts.

These are the people who take care of administrative duties and prepare, key in, edit and proofread correspondence, invoices, presentations, brochures, publications, reports and related material from machine dictation and handwritten copy.

They also open and distribute incoming mail and other material and co-ordinate the flow of information internally with other departments and organizations and schedule and confirm appointments and meetings for their employers.

In mid-November, the Indeed job website listed 334 of these jobs in Manitoba and demand is expected to remain high as businesses reopen and work-from-home arrangement become more commonplace due to Covid-19.

Administrative assistants earn a median annual wage, based on a 37.5-hour work week, of $43,875 in Manitoba with wages at the upper end of the scale hitting $67,500 per year.

These workers process and sort mail and parcels in post offices, mail processing plants and internal mail rooms, and serve customers and record transactions at sales counters and postal wickets.

The Covid-19 public health restrictions smacked this occupational group on the side of the head early during the pandemic, driving down employment by 61 per cent in April last year compared to the previous year. Then, online shopping took off and the volume of parcel delivery went through the roof. Now, demand for these jobs is back up.

Postal workers earn a median annual salary of $42,900 based on a standard work week but can earn up to $54,600 in Winnipeg, the provincial capital.

During the first year of the pandemic in Canada, the number of jobs for IT professionals shot up by roughly 32 per cent as travel restrictions and lockdowns forced Canadians to turn to online shopping and Zoom meetings.

Suddenly, they were in even bigger demand than usual. In mid-November, Indeed had 128 positions for information systems analysts in Manitoba.

These professionals earn a median annual wage of $80,170 in Manitoba based on a standard work week but can command up to $107,800 in Winnipeg.

As the people who provide personal care and companionship for seniors, persons with disabilities and convalescent clients, home support workers usually provide care in the client’s home and often live there too. They can also be employed by home care and support agencies or be self-employed.

In Canada, there were 1,093 such jobs posted on Jobbank in mid-November.

The position pays an average annual salary of about $29,250 in Manitoba with more experienced workers topping out at about $44,030.

These are the professionals who conceptualize and produce graphic art and visual materials to effectively communicate information for publications, advertising, films, packaging, posters, signs and interactive media such as Web sites and CDs.

In mid-November, there were 214 jobs for graphic designers across Canada with about 20 openings in Manitoba as jobs for in this occupational group started to rebound after an earlier shortfall in work due to a pandemic-driven decline in advertising.

The job to have early on in the Covid-19 pandemic was that of a cleaning company supervisor or owner as everyone, it seemed, suddenly needed and wanted to have every high-traffic area in every business wiped down and cleaned multiple times per day to stop the spread of the illness.

Across the country, there were 428 such supervisory jobs in mid-November – and 475 jobs in the cleaning and janitorial sector overall in Manitoba.

Plumbers install, repair and maintain pipes, fixtures and other plumbing equipment used for water distribution and waste water disposal in residential, commercial and industrial buildings. They are employed in maintenance departments of factories, plants and similar establishments, by plumbing contractors, or they may be self-employed.

Although Covid-19 public health restrictions did put a damper on the number of jobs in this sector early in the pandemic, the occupation was considered an essential service and so most plumbers were able to continue to operate. With new infrastructure spending to stimulate the economy, jobs for plumbers are expected to take off.

The median annual income for plumbers in Manitoba, based on a standard work week, is $60,900.

These workers handle, move, load and unload materials by hand or using a variety of material handling equipment. They work for transportation, storage and moving companies. They can also be employed by manufacturing and processing companies and retail and wholesale warehouses.

Think about all the people that handle goods shipped out through Amazon or other online shopping platforms. The online shopping boom during the pandemic caused an explosion of jobs for those people who move goods.

During the first wave of COVID-19 in Canada, employment for material handlers almost doubled, rising 91 per cent in April last year compared to the number of people doing these jobs in 2019.

Even though the pandemic seems to be coming under control, there were still 105 of these positions up for grabs in Manitoba in mid-November, according to Indeed.

Most online shoppers know these people these days as those who bring stuff bought on eBay and Amazon to their homes. The online shopping boom and growth of Amazon in Canada led to a hiring boom for these workers this year.

According to Indeed, there were 208 jobs for delivery drivers in Manitoba in mid-November.

The job pays $26,325 as a median annual income based on a standard work week in Manitoba but some in the Interlake region of the province can get up to $56,550 per year.