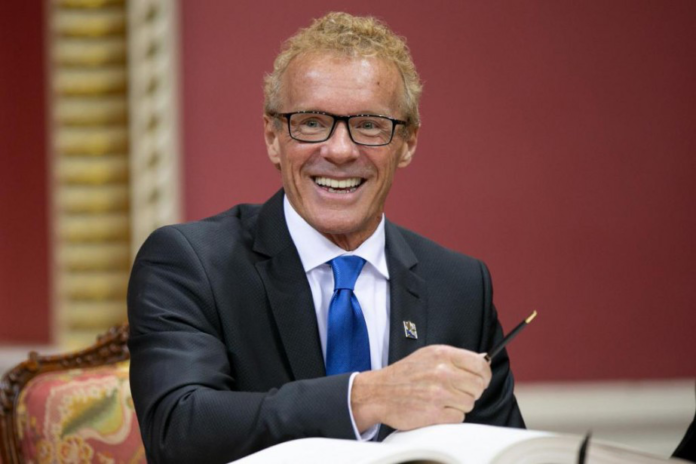 Jean Boulet will no longer be immigration minister no matter the outcome of the provincial election in Quebec on Monday, says Premier François Legault.

In the final days before voters go to the polls, Boulet drew fire when he said during a debate that “80 percent of immigrants go to Montreal, do not work, do not speak French or do not adhere to the values of Quebec society.”

The provincial immigration minister later backtracked on those comments which drew an immediate backlash from his political opponents, the mayor of Montreal, and immigration advocates.

But the damage to Boulet’s reputation as immigration minister has been done.

The very same day those comments came to light, the premier reportedly distanced himself from Boulet and indicated the immigration minister had effectively “disqualified” himself from that ministerial position “for reasons of perception and confidence.”

Montreal Mayor Valérie Plante blasted the immigration minister in tweet, saying his comments flew in the face of the city’s effort to welcome and integrate newcomers.

“Montreal is a welcoming place for immigrants, people who contribute to its economic, social and cultural vitality and the strength of the French language,” she tweeted in French.

The immigration minister’s faux pas on the campaign trail comes as the political party to which he belongs, the Coalition Avenir Québec (CAQ) is coming under fire for the premier’s own comments on immigration as well.

Earlier this year, Legault clearly stated he is dead set against increasing immigration to Quebec to 58,000 new permanent residents per year.

Increasing Immigration Levels To Quebec Would Be “Suicide” For The French Culture, Claims Premier

“With 50,000 immigrants per year, we are already one of the few places in the world that receives proportionately as many immigrants,” the premier reportedly said in French in early June.

During the election campaign, Legault has remained steadfast on holding the line on immigration.

But his choice of words in speaking about that cap on immigration in a talk before the Montreal chamber of commerce drew harsh criticism this week.

“Until we have stopped the decline of French,” the premier told business people during that appearance on Wednesday, “I think that, for the Quebec nation, which wants to protect French, it would be a bit suicidal to increase (immigration).”

Polls during the campaign have barely budged for the CAQ, still giving them a wide lead and putting the party on track to not only win this election but to do so with an even bigger majority than in 2018.

Second place, though, is up for grabs with three parties jockeying for the opportunity to become the Official Opposition.

An Angus Reid poll released Wednesday shows the Conservatives at 19 per cent of the voting intentions of decided and leaning voters and Québec Solidaire and the Liberals each having a 16 per cent share. One-in-eight say they will vote for the Parti Québécois.

The immigration issue has given those parties ammunition to fire back at the incumbent CAQ.

“What we need in Quebec is a leader who brings people together,” reportedly said Québec Solidaire’s choice for premier, Gabriel Nadeau-Dubois.

“Look at what is happening around the world. Look at the rise in conflict and tensions. It seems to me Quebec deserves to be led by someone who brings Quebecers together no matter what your religion or the colour of your skin or how your name sounds – you are a Quebecer.”

Liberal leader Dominique Anglade dismissed Boulet’s characterization of immigrants as both false and as dividing Quebecers.

Business groups in Quebec have been very outspoken about the need for more immigration to resolve the province’s acute labour shortages.

The consensus among industry groups is for Quebec to welcome 80,000 immigrants every year.

Ahead of the campaign period for the provincial election, MEQ and three other business associations, the Conseil du Patronat du Québec (CPQ) employers’ group, the Fédération des Chambres de Commerce du Québec (FCCQ) association of chambers of commerce, and the Fédération Canadienne de l’Entreprise Indépendante (FCEI) association of independent businesses, lobbied the provincial political parties to take a series of measures to resolve the labour shortages.

“The issue of the availability of workers is the No. 1 issue invoked by businesses when they’re asked about the risks or obstacles to their growth and even the risks for the eventual survival of the business,” said Michel Leblanc, president of the Chamber of Commerce of Metropolitan Montreal, earlier this year.