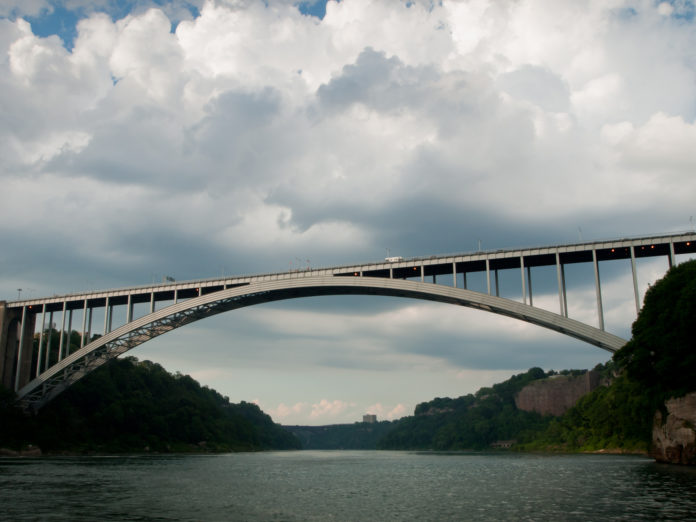 Members of Parliament in Prime Minister Justin Trudeau’s own party are urging him to re-open the Canada-U.S. border, a move the Prime Minister said in March was too soon to even discuss.

Maybe March was too soon – but several of Trudeau’s MPs think the time to discuss the border’s re-opening has finally arrived.

Wayne Easter, a Liberal Party MP and chair of the House of Commons’ finance committee, reportedly told the Politico news outlet on Friday the Canadian government needs to put in place a border re-opening plan within the next month.

Easter carries extra clout on re-opening the border to Americans due to his position as co-chair of the Canada-U.S. Inter-Parliamentary Group.

“As you get into July 1, Canada Day, and July 4, Independence Day, then those target dates are real pressure points for wanting to be normalized,” he reportedly said. “The heat’s on, and I think we absolutely must have a plan.

He blames the lack of a plan on the extensive use of Zoom to hold caucus meetings during the pandemic.

“You can’t rub shoulders … and say to somebody, ‘Look, this is the issue and let’s get on it together today and put the pressure on,’” he reportedly said.

“You have, to a certain extent, the Ottawa bubble mentality and that can be part of the problem. Same as the Washington, D.C., mentality. It’s two different worlds. I say both [are] a bubble in which reality or common sense doesn’t exist.”

Canada’s border with its neighbour to the south has been shut to non-essential travel since March of last year.

U.S. Ahead of Canada On Vaccination Program

Vaccination programs in both the United States and Canada, though, are now causing public sentiment to slowly change about the possible hazards of spreading COVID-19 by re-opening the border.

According to Ottawa’s own data, only 3.99 per cent of Canadians were fully vaccinated against COVID-19 as of May 15, the most recent date for which figures are available, but 45.1 per cent of the Canadian population has had at least one dose of these vaccines.

In the U.S., the Center for Disease Control reports that 62 per cent of the population has had at least one shot of a COVID-19 vaccine. In May, roughly 10 times as many Americans as Canadians per capita had been fully vaccinated against COVID-19.

In the United States, political leaders are already starting to talk about re-opening the border within the next month.

All indications are they’ll open up next month,” Texas Rep. Henry Cuellar, a Democrat, reportedly said. “We’re almost there. But I don’t know if they’ll do it all at once or take a phased approach.”

In its official communications, Trudeau’s government has been adamant the Canada-U.S. border must stay closed to non-essential travel until the COVID-19 pandemic abates. The prime minister has repeatedly stated most Canadians will be vaccinated by September.

Anonymous sources have told journalists a different story about the government’s intentions.

The New York City media giant Bloomberg reported earlier this month that several anonymous sources in the Trudeau government have admitted Canada is considering a “two-track system” to ease the quarantine and COVID-19 testing measures for vaccinated travellers.

In mid-March, the Canadian prime minister nixed the idea of vaccine passports for travel within Canada but did leave the door open to the possibility they might be required for international travel.

“The idea of certificates of vaccination for international travel exists already and is well-established. There are countries in the world where you shouldn’t go unless you can prove that you’ve been vaccinated against certain tropical diseases, for example. That’s well established,” said Trudeau.

“But the idea of certificates of vaccination for domestic use to decide, you know, if you can go to a concert or who can go to a particular restaurant or engage in certain activities does bring in questions of equity, questions of fairness,” said the prime minister.

“There are some people who because of medical conditions or other reasons will not be able to get vaccinated. There are other people who are not on priority lists who will have to wait much longer before getting vaccinations. These are things we have to take into account.”

In that poll, a quarter of Canadians reported they only want the country’s border with its southern neighbour to be re-opened this autumn. Almost a third, 31 per cent, said it should only open at the end of the year.

Canada’s Permanent Residence Program For Temporary Workers May Be Extended