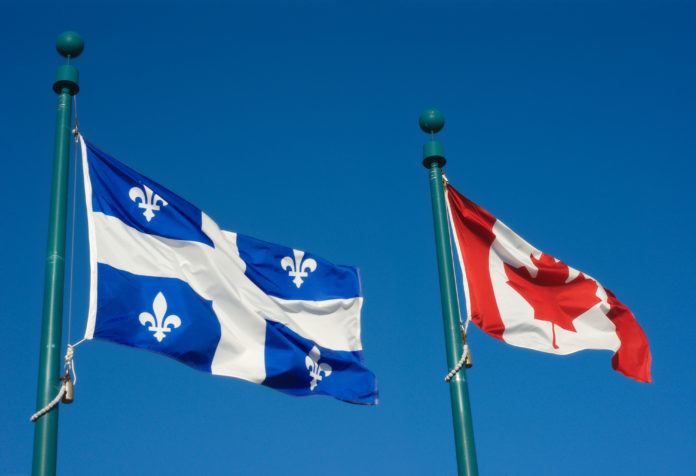 Until the COVID-19 pandemic struck, francophone immigration to Canada outside Quebec was on a steep incline, figures reveal.

In the five years ending in 2019, the number of francophone new permanent residents tripled, jumping from 2,965 to 8,470.

The increase was a result of initiatives at both federal and provincial level to boost the number of French-speaking newcomers.

Then, the COVID-19 global pandemic hit and slowed immigration to Canada to a trickle as border restrictions and COVID-19 testing hampered the arrival of newcomers. Last year, francophone immigration outside of Quebec fell by 32 per cent, to 5,755. 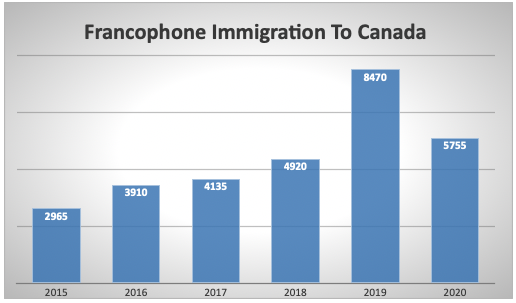 As Canada’s most populous province and the home of the nation’s capital with its largely-bilingual federal government bureaucracy, Ontario snagged the lion’s share of those francophone immigrants. Almost 59 per cent of francophone immigrants to Canada outside of Quebec settled in Ontario last year.

British Columbia and Alberta got 525 and 465 francophone immigrants respectively last year, Nova Scotia snagged 160, and the remaining few handfuls were spread out throughout Newfoundland and Labrador, Prince Edward Island, Manitoba, the Yukon and the Northwest Territories.

The six new streams which start on Thursday are for more than 90,000 essential workers and international graduates already in Canada, as Ottawa looks to hit its target of 401,000 new permanent residents despite coronavirus travel restrictions.

Under the six new pathways, the IRCC will accept the following from anglophone candidates:

However, the three streams targeting francophone candidates feature no cap and will remain open to applications until November 5, 2021.

In all, the six new streams will draw on workers in 40 healthcare occupations and 95 other essential jobs, including caregiver, food production, and distribution worker.

Canada’s federal government is bullish on immigration, seeing it as crucial to its long-term prosperity and short-term economic recovery.

Late last year, Mendicino said Canada was going to greatly increase immigration levels for the next three years to make up for the shortfall in 2020 due to the pandemic. Canada is now planning to welcome more than 1.2 million newcomers between 2021 and 2023 with 401,000 new permanent residents to Canada this year, 411,000 in next year and 421,000 in 2023.

Journalists who reported on the need to boost francophone immigration to Ontario were named this week as finalists for an award.

In one episode, the president of the Assemblée de la Francophonie de l’Ontario, an association of French communities, says immigration is crucial for the very survival of these francophone communities.

“The average age (of our communities) is four years old than the rest of the province,” says Carol Jolin, in French in one episode of that series. “So, we have an older population and we no longer have large families like in the past.

They are finalists in the Canadian Association of Journalist’s 2020 journalism awards in the online media category.

As Canada Economy Recovers, Immigration Set For Major Rebound In 2021