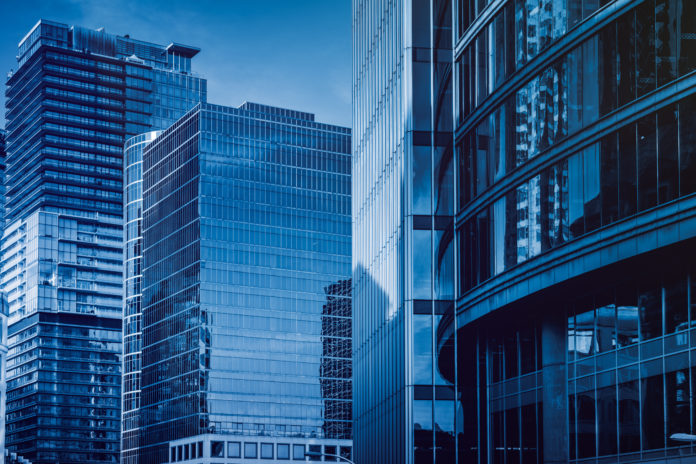 Canada immigration news: Toronto, Ottawa, Vancouver, the Waterloo region and Montreal are the best places to find technology jobs in Canada, according to a report by the research division of the biggest commercial realtor in the world.

“These locations possess the strongest combination of attributes that the technology sector requires to flourish including, and most importantly, a high concentration of tech employment,” reports CBRE Research.

In its 2020 ‘Scoring Canadian Tech Talent: Ranking Canadian Cities on Competitive Advantages and Appeal to Tech Workers and Employers’ report, the research group used 13 metrics to measure each market’s depth, vitality and attractiveness to tech employers and potential employees, including availability of talent, quality of labour and gross operating costs.

The Central Canadian city of Toronto again retains its top spot in the rankings in the latest report but Halifax in Nova Scotia moved up in the past year, boosting its score by eight points to rise three positions to the eighth spot.

Here are the Top 10 Best Cities for IT Jobs in Canada.

Toronto is magnet for tech talent. In the past five years, this city has singlehandedly accounted for about 25 per cent of all the new tech jobs in Canada. During that time, the metropolis grew its tech talent base by 36.5 per cent.

“The 66,900 tech jobs Toronto added over 2014 to 2019 represent enough tech workers to fill a typical, one million-square-foot, new office tower 10 times over,” reports CBRE Research. “And, this doesn’t even include the administrative and managerial staff that would be needed to support them.”

That’s what makes Toronto the number one spot for anyone looking for a tech job in Canada.

Canada’s national capital, Ottawa packs a big wallop for a city of its size. When it comes to determining how tech-friendly a city’s business environment really is, tech labour concentration is a key metric. By that standard, Ottawa is king.

“With its suburban Kanata tech park, Ottawa has an impressive 11.3-per cent concentration of tech workers, double the Canadian average of 5.6 per cent and the highest level amongst all North American cities,” reports CBRE Research.

Ottawa’s universities also produce the fifth-highest volume of tech graduates in the country, making it a IT recruiter’s dream.

In British Columbia’s Lower Mainland, tech-friendly Vancouver saw some of the best growth for the sector in Canada in the five years that ended in 2019. Tech talent there grew by 47.9 per cent to hit 84,900 tech workers during that period, pushing the concentration of tech jobs compared to the rest of the labour force to seven per cent.

The West Coast city is perhaps best known for its mild winters and its beaches on the Pacific Ocean but it also scores an A+ for the quality of its tech workforce. This is a city that attracts the A-list of tech companies.

“Among major tech occupiers in downtown Vancouver, Toronto and Montreal, 49 per cent have two or more locations in a given market,” reports CBRE Research. “This is true for nearly 90 per cent of occupiers with footprints greater than 100,000 square feet.”

A talent-rich, mid-sized market, the Waterloo region of Ontario is poised to see disproportionate benefits from firms choosing to set up office campuses there. These can often be larger in size than the spaces these companies might be able to afford in markets like Toronto.

The Waterloo region has 22,400 tech workers, much less than the bigger markets, but these represent 8.5 per cent of the region’s workforce, making this a true tech hub. Its tech labour force grew by 51.4 per cent in the five years ending in 2019.

The entire area from Ontario’s biggest city through to Waterloo is now being described as “Toronto-Waterloo Innovation Corridor.”

The biggest city in the francophone province of Quebec, Montreal is home to 141,600 tech workers, an impressive 15.7 per cent of Canada’s total tech labour force.

The city also has a tech labour force concentration of 7.4 per cent. This makes it a Canadian powerhouse when it comes to the tech sector, attracting companies who are looking to hire highly-skilled IT workers.

“Education forms the foundation for the quality of tech labour and is best analyzed through degrees conferred by higher-education institutions,” notes CBRE Research. “Notably, the top five ranked Canadian Tech Talent cities are also those that produce the highest number of tech graduates. Montreal has three of the top 10 university-level computer science programs as ranked by Maclean’s and produces the highest volume of tech graduates followed by Toronto, Vancouver, the Waterloo region and Ottawa.”

In Alberta, a city usually known more for its oil industry and stampede than IT sector is nonetheless CBRE Research’s pick for the sixth spot on this list. The quality of the tech talent provided by the city’s 42,500 tech workers is rated “A” by the researchers and that labour force is considered to offer a great value to tech companies.

“Scoring well on this quality vs. cost scale are Calgary, Victoria and Guelph, who each have a very high quality of tech labour,” notes CBRE Research.

The research division of the commercial realtor ranks Calgary as the number one location in Canada for tech firms looking for good deals because commercial rents in the city’s downtown core are dropping and vacancy rates are climbing.

British Columbia’s provincial capital saw a 14.1-per cent growth in the size of its tech labour force in the five years ending in 2019, hitting 10,500 tech workers and a tech labour force concentration of 6.6 per cent, higher than the Canadian average of 5.6 per cent.

Its primary tech industries include, not surprisingly, software application developers, and advanced manufacturing and ocean science firms. A smaller city than Vancouver and home to the University of Victoria, this city is one that CBRE Research considers offers excellent value for quality to tech firms.

On the other side of Canada, in the country’s Atlantic Provinces, Halifax is the young lion of this list of top spots for the tech sector.

“Impressive results in Halifax saw its score improve by eight points and move up three positions to clinch the eighth spot, the largest score improvement of any market,” notes CBRE Research.

The biggest city in Atlantic Canada and home to several universities, including Dalhousie, St. Mary’s, and Mount Saint Vincent, one of Halifax’s big draws for tech companies is its steady supply of top-quality talent.

“Outside of (the) top five ranked cities, a notable number of tech degrees are also earned in Halifax, Windsor and Edmonton, where each see over 1,000 tech degrees awarded annually,” notes CBRE Research.

In La Belle Province, an often-overlooked tech hub is Quebec City, the capital of the province of Quebec. With its 35,400 tech workers who primarily serve the life sciences, optic, phonics, and computer solutions industries, Quebec City has a tech concentration of 8.7 per cent of its labour force.

Perhaps more important for those seeking jobs in the IT sector, that labour force is growing at a dizzying pace, jumping 27.4 per cent in the five years that ended in 2019.

The 17,800 tech workers in Hamilton work in some of the coolest new trends in the IT sector, including autonomous vehicles, digital media and gaming as well as the life sciences.

Although a smaller market, Hamilton, Guelph and Oshawa – all of them in Ontario – punched above their weight in the five years ending in 2019 and added between 1,900 and 4,600 tech jobs each.