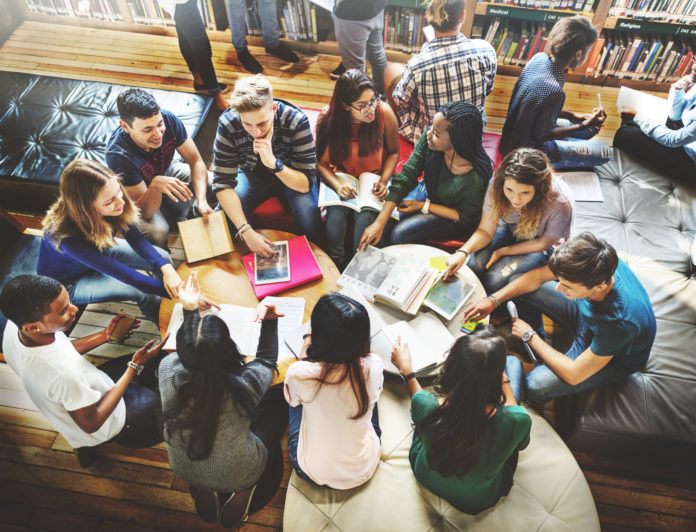 Canada immigration news: Canada issued a record number of study permits during the second year of COVID-19, as foreign nationals were enticed to come to the country due to these seven reasons to study in Canada.

Immigration, Refugees and Citizenship Canada (IRCC) figures for all of 2021 are not yet in.

But IRCC data for the first 11 months of the year reveal that 397,210 study permit holders had come to the country as of the end of November 2021. That puts Canada on track to have welcomed 433,320 international students to Canada’s colleges and universities by the end of last year.

Since 2015 when Canada welcomed 219,040 study permit holders, the number of international students in the country has steadily grown and hit 401,000 in 2019, the last full year before the COVID-19 pandemic hit Canada.

During the first year of the pandemic, the number of international study permit holders in Canada fell by 36.1 per cent, to 256,165, but has since strongly rebounded.

Here are 7 reasons to study In Canada in 2022, that are driving the in-migration of international students to Canadian colleges and universities, even during a global pandemic.

1) Great Schools: Canada Has Some Of The World’s Top Universities

The latest QS World University Rankings 2022 has 26 Canadian universities on its list of 1,000 best places to study, with 10 ranked in the top 25 per cent.

“Canada has a well-established position among the world’s leading study destinations,” notes QS Quacquarelli Symonds, a leading provider of services, analytics, and insight to the global higher education sector, on its website.

“The most popular Canadian provinces for international students are Ontario, British Columbia and Quebec, which between them are home to many of the top universities in Canada.”

2) Canada Has Some Of The World’s Most Vibrant Cities.

In its Time Out Index, a poll of 27,000 city-dwellers from Melbourne to Madrid, Chicago to Copenhagen and Tel Aviv to Tokyo, the Time Out hospitality website ranked Montreal as the sixth most vibrant city in the entire world.

That puts the Canadian city in the francophone province of Quebec ahead of such international hotspots as Tokyo, Los Angeles, London, Barcelona, Mexico City, Melbourne, Madrid, Shanghai, Singapore and Miami.

The survey ranked Montreal so highly primarily because of its community spirit.

“This city is famous for its community spirit, and up against the biggest crisis in a generation, we showed enough of it to make any city proud. As our famous music and politics make abundantly clear, conformity has never been in fashion here, and it’s those differences that bring us together: 73 per cent of locals would describe Montreal as ‘diverse’, and even more say it’s easy to ‘express who you are’,” states Time Out.

In early July last year, Canada opening its doors even wider to international students by allowing applications to the Student Direct Stream (SDS) from seven more countries in Central and South America and the Caribbean.

That brought the total number of countries covered by the SDS, a four-year-old program that speeds up the processing of applications for Study Permits of post-secondary students who want to come to Canada to study, to 14.

The IRCC first launched the SDS for China, India, the Philippines and Vietnam in 2018. It was expanded to include Pakistan, Morocco and Senegal in 2019.

That year, the IRCC issued nearly 16,000 study permits to applicants from the seven countries that will now be included in the SDS, including about 10,000 from Brazil and 4,400 from Colombia.

Ottawa sees international students as highly-valued candidates for immigration and has put economic immigration programs in place to help them remain in the country after they finish their studies.

With a Post-Graduation Work Permit, international students can work in Canada after graduation for up to three years and the permit lets these students be exempt from Labour Market Impact Assessment (LMIA) requirements. That makes it easier for Canadian employers to hire them.

In Atlantic Canada, the Study and Stay Program also offers a full range of services to some international students to help them fully integrate into Canadian society.

The program was designed to complement the now-permanent Atlantic Immigration Pilot which has a specific international student stream offering permanent residence to graduates who have a job offer from a recognized employer.

During the COVID-19 pandemic, Ottawa bent over backwards to help international students hoping to get an education in Canada with a series of initiatives just for them.

In addition to doubling the number of countries from which international students could apply for expedited processing of study permits through the Student Direct Stream, Canada also quickly put in a vaccine passport system so that fully-vaccinated international students would not have to quarantine upon arrival.

Canada also gave international students the option of completing their studies online and still qualifying for a Post-Graduation Work Permit (PGWP). The measure was put in place in February 2021 with so many international students unable to travel to Canada due to COVID-19 restrictions. It was then extended in November.

The provinces, too, created a welcoming environment for international students, in some cases, like in Quebec and Nova Scotia, offering them free COVID-19 vaccinations.

Encouraged by Canada’s positive COVID-19 response, the country only grew in desirability as a destination for international students during the pandemic.

“Canada’s successful vaccination rollout will hold the country in good stead to take the lead on a less restrictive international travel environment though universities will still need to carefully consider how they manage their international recruitment strategies … and what measures they can implement to safeguard against any future setbacks,” wrote Kym Nguyen, vice president of client development with QS Enrolment Solutions, a university-ranking organization.

When it comes to applying for immigration to Canada under the Express Entry system, the more education an applicant has, the better his or her prospects of being sent an Invitation to Apply (ITA).

Under the Comprehensive Ranking System (CRS), profiles in the Express Entry Pool are rated on a points system and the greater the education, the more points are awarded and more likely an applicant is to be sent an ITA.

It’s a system that can be quite competitive – and a Canadian education can be the make-it-or-break-it factor that can put an applicant’s profile over the top.

A three-year undergraduate degree or master’s or doctoral degree can add 30 points to an applicant’s CRS score, making it all that much easier for them to immigrate to Canada over someone who has an identical education but from another country.

Given that roughly a third of international students state in surveys that they want to immigrate to Canada upon completion of their studies, the extra points for a Canadian education are a powerful incentive to study in Canada.

Canada is seeing massive job creation numbers and experiencing serious labour shortages in many fields, creating a lot of opportunities for students who graduate with job-ready skills.

“The number of job vacancies in Canada reached an all-time high of 912,600 in the third quarter of 2021, as employers and workers continued to adjust to easing public health restrictions and rapidly-evolving economic conditions,” Statistics Canada reported late last year.

“Like other economies recovering from the labour market impacts of the COVID-19 pandemic, record-high job vacancies coincided with growth in overall employment and falling unemployment.”