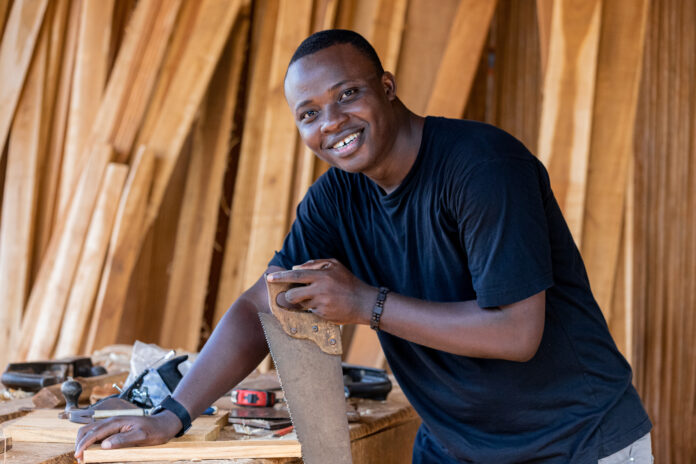 The latest data from Statistics Canada reveals the labour market in Canada is still getting tighter as more of those workers who are looking for jobs land them.

“In December, the unemployment rate declined 0.1 percentage points to five per cent,” reports the statistical and demographic services agency.

“This was the third decline in four months and left the rate just above the record low of 4.9 per cent reached in June and July.”

In the final month of last year, employment rose by 104,000, or half a percentage point, with more workers finding jobs in six of the country’s 10 provinces, including Ontario, Alberta, British Columbia, Manitoba, Newfoundland and Labrador, and Saskatchewan.

The construction, transportation and warehousing, information, culture and recreation and professional and technical services sectors all saw more people getting hired in December.

“Following a decrease in November, the number of people working in construction rose by 35,000, up 2.3 per cent, in December,” reports Statistics Canada.

Employers in Ontario hired the most construction workers as the year came to a close, adding 16,000 jobs or 2.7 per cent, more in December with Alberta a close second, with businesses in that Prairie province adding another 13,000 construction jobs for an increase of 5.8 per cent.

“Investment in building construction had edged up 0.2 per cent nationally in October, with Ontario accounting for nearly all the gains,” reports Statistics Canada. “On a year-over-year basis, employment in construction was up by 84,000 jobs, or 5.8 per cent, in December.”

The transportation and warehousing sector saw an additional 29,000 people landing jobs in December, recouping earlier losses of 18,000 in September and marking the industry’s first notable gain since November 2021.

IT and Culture and Recreation Sector in Canada Is Booming, Up 57,000 Jobs as of December

“Employment in information, culture and recreation was up by 25,000, up 3.1 per cent, in December, building on the gain of 16,000 recorded in November,” reports Statistics Canada.

“Compared with 12 months earlier, employment in information, culture and recreation grew by 57,000, or 7.2 per cent, in December.”

The professional, scientific and technical services sector added 23,000 jobs, up 1.3 per cent, in December, with those gains mostly in Ontario.

“Employment in this industry has trended upward since the summer of 2020,” reports Statistics Canada. “On a year-over-year basis, employment growth in professional, scientific and technical services is up by 122,000 jobs, or 7.1 per cent, and accounted for the largest share of total employment gains across all industries.”

Other sectors that saw more people landing jobs in December included the accommodation and food services sector, which added 13,000 jobs, public administration, which grew by 11,000 positions, and the “other services” category which added 10,000 jobs.

The labour shortages in Canada are proving to be a boon for women, including immigrant women, who are looking for jobs with employers snatching them up to fill vacant positions.

“Throughout 2022, the employment rate of core-aged women hovered around record highs,” reports Statistics Canada. “On average over the course of the year, 81 per cent of core-aged women were employed, the highest annual rate on record since 1976 and 1.3 percentage points higher than in 2019.

“Among core-aged women who were immigrants admitted to Canada within the previous five years, the employment rate was 69.3 per cent on average in 2022, 9.7 percentage points above its 2019 level. As highlighted in a recent release from the 2021 census about jobs in Canada, recent newcomers are faring better than previous cohorts in terms of certain labour market outcomes.”

Foreign nationals hoping to gain their permanent residency in Canada can seize the opportunities offered by this tight labour market to immigrate through the country’s many economic immigration programs.

Candidates’ profiles are then ranked against each other according to a points-based system called the Comprehensive Ranking System (CRS). The highest-ranked candidates will be considered for an Invitation to Apply (ITA) for permanent residence. Those receiving an ITA must quickly submit a full application and pay processing fees, within a delay of 90 days.