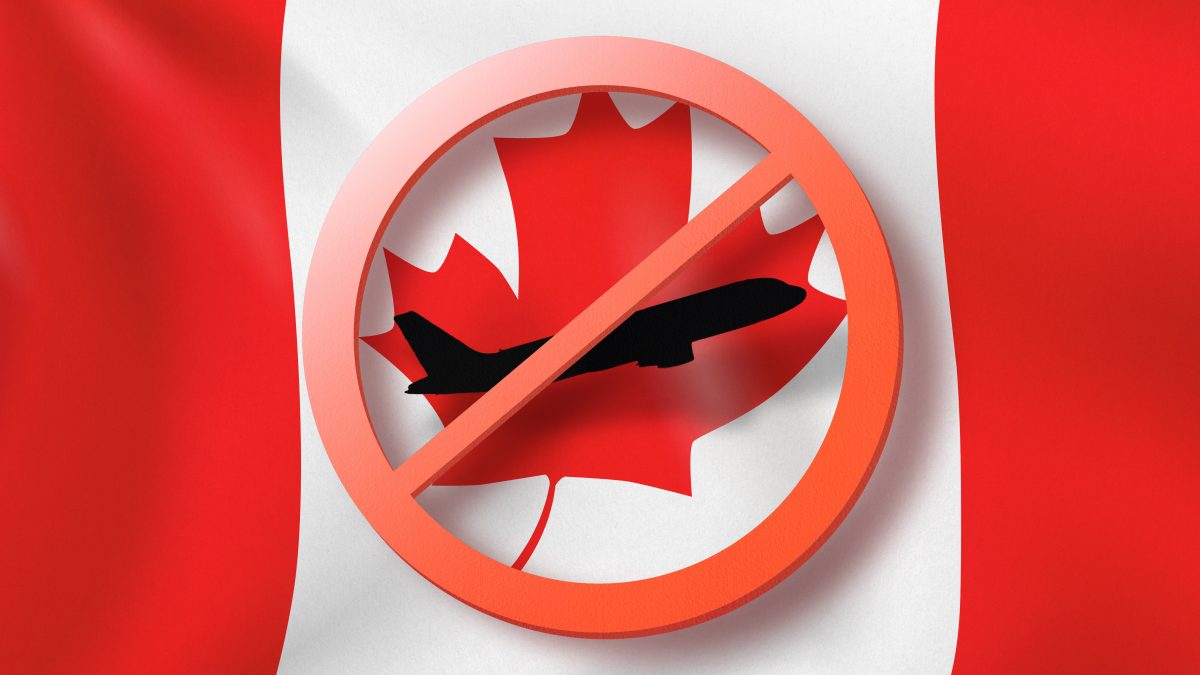 Canada is extending its restrictions on travellers from the United States until March 21, and on non-U.S. international travel to Canada for another two months.

“Non-essential travel restrictions with the United States have been extended until March 21,” tweeted Public Safety and Emergency Preparedness Minister Bill Blair. “We will continue to base our decisions on the best public health advice available to keep Canadians safe from COVID-19.”

Travellers from countries other than the U.S. will have to deal with the restrictions until Apr. 21, tweeted Blair.

Friday’s announced extension of the travel restrictions comes as new variants of the coronavirus are popping up throughout the country.

“In the past two months, more contagious new variants have emerged in Canada and now appear in all 10 provinces,” she said. “Starting with a few travel-related cases in the early weeks, these variants have been smouldering in the background and gaining fuel that now threatens to flare up into a new, rapidly spreading blaze.”

The extension means restrictions will have been in place for 13 months for non-U.S. travellers as countries all over the world, including Canada, battle a second wave of the COVID-19 pandemic and the arrival of new variants of the coronavirus.

The latest extensions to the travel restrictions break with Public Safety Canada’s previous policy to line up the dates for the U.S. and non-U.S. travel restrictions.  The department has previously claimed in a statement it aligned U.S. and international travel extension dates to allow Canada to communicate any travel extensions or changes as quickly as possible and provide certainty for Canadians, Americans and international travellers.

Canada requires that anyone returning to the country quarantine for 14 days.

Travellers arriving to Canada by land from the U.S. also need to provide proof of a negative COVID-19 molecular test result taken within 72 hours or a positive test taken 14 to 90 days prior to arrival.

In addition, as of Feb, 22, travellers entering Canada at the land border will be required to take a COVID-19 molecular test on arrival as well as toward the end of their 14-day quarantine.

“As we do for air travel, we are now also requiring travellers by land to provide information using ArriveCAN to facilitate processing and limit points of contacts between border services officers and travellers.”

All travellers arriving to Canada by air, as of Feb. 22, with some exceptions, will need to take a COVID-19 molecular test when they arrive in Canada and another toward the end of their 14-day quarantine period. They will also need to stay in a government-designated hotel for three days at their own cost to await the results of those tests.

Anyone arriving by air from another country for non-essential travel is also required to have gotten a negative COVID-19 test prior to boarding the aircraft in their home country.

COVID-19 Pandemic Slashed Immigration By Half

After dropping to a low of 3,495 in April last year, the number of new permanent residents to Canada rose to 16,665 in June only to go back down and languish between 9,055 and 12,970 for every month through to the end of November as the second wave hit Canada.

Prime Minister Justin Trudeau has said that everyone who wants a COVID-19 vaccine should be able to get the shot by the end of September.

“Canada will have 84 million doses of the two currently-approved vaccines available by the end of September,” said Trudeau last week. “So any doses from AstraZeneca or Johnson & Johnson or others that may be approved in the coming months would be on top of that, but that’s 84 million doses of the two approved vaccines confirmed by the end of September.

“That’s why we can say with such confidence that everyone who wants a vaccine here in Canada will get one by the end of September,” he said.

Ottawa is hoping that the vaccines will lead to herd immunity and curb the pandemic.

Violating any quarantine or isolation instructions is an offence under the Quarantine Act and can result in penalties, including six months in prison and/or $750,000 in fines.

Canadians citizens, persons registered under the Indian Act and permanent residents arriving by land to Canada who do not present a valid COVID-19 molecular test will be allowed entry but can be fined up to $3,000 per day or face criminal prosecution.