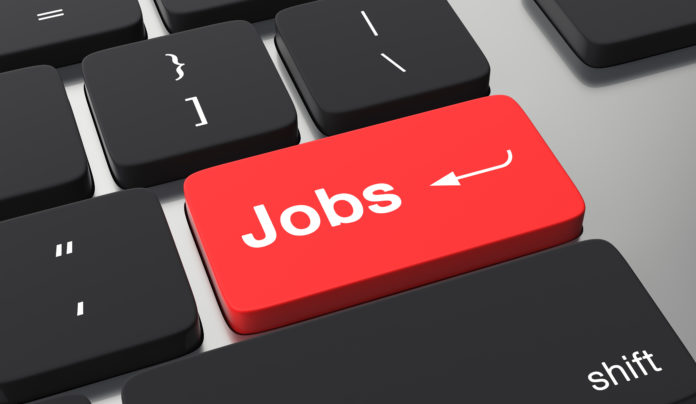 Saskatchewan’s chronic labour shortages are expected to remain for years as the Prairie province fares better than the rest of Canada against inflation and a nationwide economic slowdown.

“While the province is unlikely to buck the trend of slowing growth in the quarters ahead, it appears well-positioned to hold up better than most others. Signs of ongoing resilience continue to be displayed in the latest manufacturing, retail and housing data, where the province continues to outperform.”

In their Provincial Economic Forecast: Most Economies to Narrowly Keep Their Heads Above Water in 2023, the economists forecast real GDP growth of 4.9 per cent this year in Saskatchewan.

That is expected to soften somewhat to 1.6 per cent GDP growth next year and hold steady into 2024 but the employment outlook will continue to be strong with only 4.7 per cent unemployment this year, 4.8 per cent next year, and 5.3 per cent in 2024.

That’s a very tight labour market and employers in Saskatchewan are desperately looking for workers.

In its report, Light at the End of the Tunnel: Saskatchewan’s Two-Year Outlook – June 2022, the Conference Board of Canada pointed out that several major capital projects in the pipeline should grow real, non-residential business investment in the province by 8.7 per cent in this year and 4.9 per cent next year.

The Conference Board was then predicting Saskatchewan would have the highest GDP growth in the country this year and the third-highest in 2023.

Even with that strong demand for workers, foreign nationals looking to immigrate to Saskatchewan need to be aware that some occupations are more in demand than others.

After all, the province has gone so far as to publish a list of 152 occupations which are actually excluded from its Occupations In Demand and the Express Entry program sub-categories of its Saskatchewan Immigrant Nominee Program (SINP).

Here are the top 10 most in-demand jobs in Saskatchewan.

In Saskatchewan, Indeed noted there were 1,126 jobs in sales in late November, the peak of the retail shopping season.

Based on a 37.5-hour week, the median annual income of a retail sales associate in that province is $29,250.

In late November, Indeed had 70 job listings for heavy equipment mechanics in Saskatchewan and Job Bank estimated the job prospects for this occupation as fair.

“This occupational group is expected to face labour shortage conditions over the period of 2019-2028 at the national level,” noted Job Bank.

Those workers who operate the heavy equipment used in the construction and maintenance of roads, bridges, airports, gas and oil pipelines, tunnels, buildings and other structures, in surface mining and quarrying activities, and in material handling work are in hot demand.

Indeed.ca listed 111 jobs for heavy equipment operators in Saskatchewan in late November and Job Bank shows these workers earn a median annual income of $58,500 based on a standard work week in that province.

They are typically employed by construction companies, heavy equipment contractors, public works departments and pipeline, logging, cargo-handling and other companies.

The demand for truck drivers to deliver parcels skyrocketed during the pandemic and retiring Baby Boomers in the industry mean an even greater demand for younger drivers to replace them.

In late November, the Job Bank job website listed 207 jobs for truckers in the province and Indeed was then carrying ads for 394 such jobs.

The median annual income for a trucker working a standard work week in Saskatchewan is $48,750.

Restaurateurs in Saskatchewan are in dire need of cooks as the hospitality sector faces an unprecedented labour shortage.

There were 471 jobs for cooks in Saskatchewan in late November, according to Indeed. Job Bank listed 313 such positions.

It’s not the highest-paying work. The median annual income for a cook in Saskatchewan, based on a 37.5-hour work week, is $29,500 but there are a lot of jobs in the hospitality sector in the province.

Restaurateurs in Saskatchewan are also facing a serious labour shortage when it comes to servers with 333 jobs for servers in the province in late November, according to Indeed.

The median annual income for a server before tips in Saskatchewan, based on a 37.5-hour work week, is $25,350.

In Saskatchewan, software developers earn a median annual wage of $71,077 based on a standard, 37.5-hour work week, Job Bank data reveals. The Indeed job website had 122 such job listings in Saskatchewan in late November.

In late November, Indeed had 206 job listings for accountants in Saskatchewan where the median annual income for these professionals was $79,696 based on Job Bank data for a standard, 37.5-hour work week.

The federal government job-hunting website rates the job prospects for accountants in Saskatchewan as “very good”, its highest rating.

With construction going strong in Saskatchewan, demand for workers in the construction trades is very high right now.

In late November, Indeed had 271 job listings for those wanting to work in the construction trades in Saskatchewan and Job Bank data shows the median annual income for these workers is $42,900 in that province based on a standard, 37.5-hour work week.

These are the caregivers who help seniors, people with disabilities and convalescent clients in their homes. They work for homecare and support agencies, private households, or they may be self-employed.

In late November, Indeed listed 144 jobs for personal support workers in Saskatchewan where they earn a median annual income of $37,050 for a standard, 37.5-hour week.