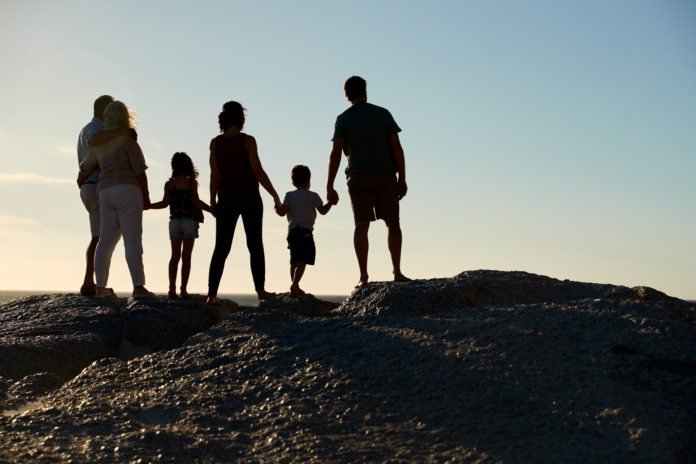 Parents and grandparents of Canadian citizens and permanent residents immigrated here through the Parents and Grandparents Program (PGP) in growing numbers last year – but the dampening effect of the COVID-19 pandemic is still being felt.

Immigration, Refugees and Citizenship Canada (IRCC) data shows the PGP allowed 12.1 per cent more parents and grandparents to become new permanent residents of Canada last year than in the first full year of the pandemic.

That, though, is still a historically low level.

In 2015, the PGP allowed 15,490 parents and grandparents to be sponsored to come to Canada and that number grew steadily, with the exception of a dip in 2018, through to 2019, the last full year before the pandemic when 22,010 new permanent residents were welcomed under the program.

The PGP is a lagging indicator of what else is happening in terms of Canadian immigration because it allows new permanent residents to bring their parents and grandparents to Canada. And, in 2020, Canadian immigration slowed to a trickle, only to rebound last year as Canada’s vaccination program spread throughout the country. That explains the still-low numbers of new permanent residents under the PGP last year.

But that’s expected to pick up soon.

With that, Ottawa has already set its sights set on a much higher level of immigration for this year and is expecting the PGP to attract 32,000 in 2024.

Here are eight things Canadians and permanent residents need to know about the PGP.

1. It Costs $1,050 and Takes Up to Two Years to Process Pgp Applications

It costs $1,050 to sponsor a parent or grandparent and the process takes 20 to 24 months, with the people being sponsored required to provide biometrics after they apply. That processing time includes the time to provide those biometrics.

Once a Canadian citizen or permanent resident has submitted an interest in sponsoring these relatives, he or she is sent an Invitation to Apply and must then submit two applications to the PGP:

If those applications get the green light, the sponsor signs an agreement called an undertaking which starts on the day the sponsored person becomes a permanent resident of Canada.

Under the PGP, there are several requirements that need to be met to determine eligibility to sponsor a parent or grandparent, including:

3. Undertaking Is a Binding Contract Between the Sponsor and the Government

All sponsors living outside of the province of Quebec, which has its own immigration system, must promise to financially support the sponsored person for a period of time.

This undertaking commits the sponsor to:

That sponsorship agreement means that the sponsor will provide the basic needs of the sponsored person, including:

The sponsorship agreement is not one to be entered into lightly as it obliges the sponsor to meet those requirements even in the case of:

Sponsors who live in Quebec must meet that province’s immigration sponsorship requirements after the IRCC approves of the sponsor. The length of the undertaking is 10 years for Quebec.

Due to the need for sponsors to accept responsibility for their parents and grandparents through sponsorship agreements under the PGP, past criminality and serious financial troubles can render a Canadian citizen or permanent resident ineligible for this program.

Applicants may not be eligible to sponsor their parents or grandparents if the sponsors:

5. Pgp Sponsorship Does Not Apply to the Parents or Grandparents of Applicant’s Spouse

Under the PGP, the applicant cannot sponsor his or her spouse’s parents or grandparents, aka their in-laws, but can be a co-signer on that spouse’s application to bring to Canada his or her parents and grandparents.

The PGP program also does not allow a Canadian citizen or permanent resident to sponsor someone who is otherwise inadmissible to come to Canada.

The PGP is restricted to the applicant’s own parents and grandparents, related by blood or adoption.

6. Pgp Applicants Are Required to Keep Their Information Up to Date

Delays in processing can quickly occur when the IRCC is faced with information which is no longer accurate and so Canadian immigration officials encourage applicants to keep their contact information and application details up to date.

Important information which must be updated includes:

The applicant is responsible for going into the application and updating it with this information him or herself.

“Don’t mail us changes to your contact or application information,” notes the IRCC. “If you do, we won’t acknowledge your request and we won’t update your application.”

Canadian immigration officials notify applicants under the PGP as soon as they begin to process the application, sending them both an application number and an acknowledgement of receipt of the application.

The IRCC then assesses both the applicant’s eligibility as a sponsor and the person being sponsored for permanent residence.

“If we refuse you as a sponsor, you can choose to have us keep processing the application for permanent residence for your family members,” notes the IRCC.

Choosing to have the IRCC continue processing the application at that point means the sponsor forgoes all fees which have been paid.

By choosing to withdraw the application in the eventuality of being deemed ineligible to sponsor, the applicant can get all of his or her fees back, minus the $75 sponsorship fee.

8. Sponsored Candidates Are Assessed Once the Sponsor Has Been Deemed Eligible

Once Canadian immigration officials have approved a sponsor under the PGP, they then turn their attention to the people being sponsored to determine their eligibility under the program.

The IRCC will typically request documents from those being sponsored, including: