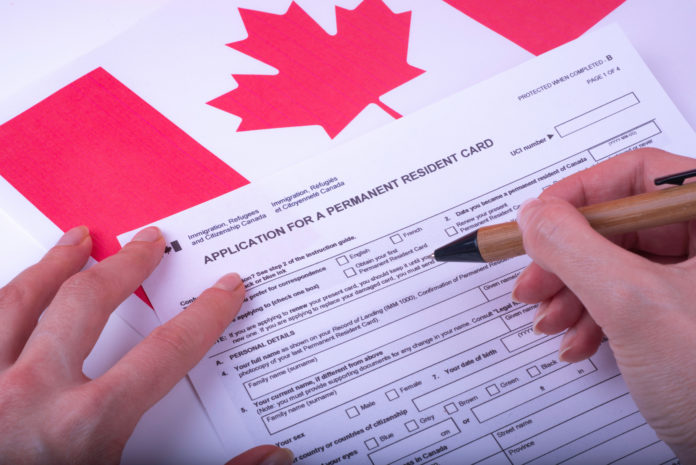 Canada immigration news: The fees for all Canada permanent residence applications will go up at the end of April, in a move the Canadian government says is meant to reflect the current level of inflation.

Economic, permit holder, family and humanitarian classes will all be affected by the coming fee hikes on Apr. 30, says Immigration, Refugees and Citizenship Canada (IRCC).

“In 2020, IRCC increased permanent residence fees to account for inflation for the first time since 2002,” notes the IRCC on its website. “At that time, it was announced that fees would increase every two years to adjust for inflation.”

But now, Canada’s current rate of inflation is 5.7 percent, higher than even the 5.63 percent inflation rate reached in 1991.

Since the early 1990s, the country’s inflation rate has generally stayed under three percent.

Then, the supply chain woes of the COVID-19 pandemic began to work their way through the economy.

But prospective immigrants don’t need to be afraid they will now get dinged with massive fee increases based on the current rate of inflation.

Ottawa seems to have instead opted to raise prices by the average inflation rate during the past two years. The proposed fee increases all seem to be only about 3.2 percent higher than the current rates.

Other fees increases fall into the same range on a percentage basis, with the right of permanent residence fee nudging up to $15, or three percent, to $515, and the fees for both the principal applicant and the accompanying spouse or common-law partner for Federal High-Skilled, Provincial Nominee Program, Quebec Skilled Workers, Atlantic Immigration Cass and most economic pilots going up to $25, or just a smidge over three percent, to $850.

In two cases under the family reunification pathways, the IRCC is giving applicants a break by keeping the fees exactly where they are. The fee paid by the sponsor and the fee paid for a dependent child are both staying at $75.

In 2020, Ottawa raised economic program fees for principal applicants, spouse and common-law partners, plus dependent children for all apart from the caregiver programs by a lot more, by 50 percent.

“The government of Canada supports a cost-effective approach to financing government programs, where most of the costs are the responsibility of those who receive the services and benefit directly from them,” notes the IRCC on its website.

Canada’s Immigrants Seeing Incomes Rise, But Still Below Those of Canadians