The first seven months of 2020 saw nine out of 10 Canadian provinces record a drop in immigration above 40 percent, the latest figures show.

The only province to record a drop below the 40 percent mark was British Columbia, where immigration fell 33 percent between January and July 2020, compared to the same period of 2019.

By comparison, Manitoba saw the biggest percentage drop, welcoming almost exactly half the number of new permanent residents in 2020 compared to 2019.

The figures show how the COVID-19 pandemic has decimated Canada’s plan to bring in 342,000 new immigrants this year, with the national average over the first seven months down 41 percent on the same period of 2019.

All of the decreases were concentrated in the four months most affected by COVID-19 restrictions, namely April, May, June and July. 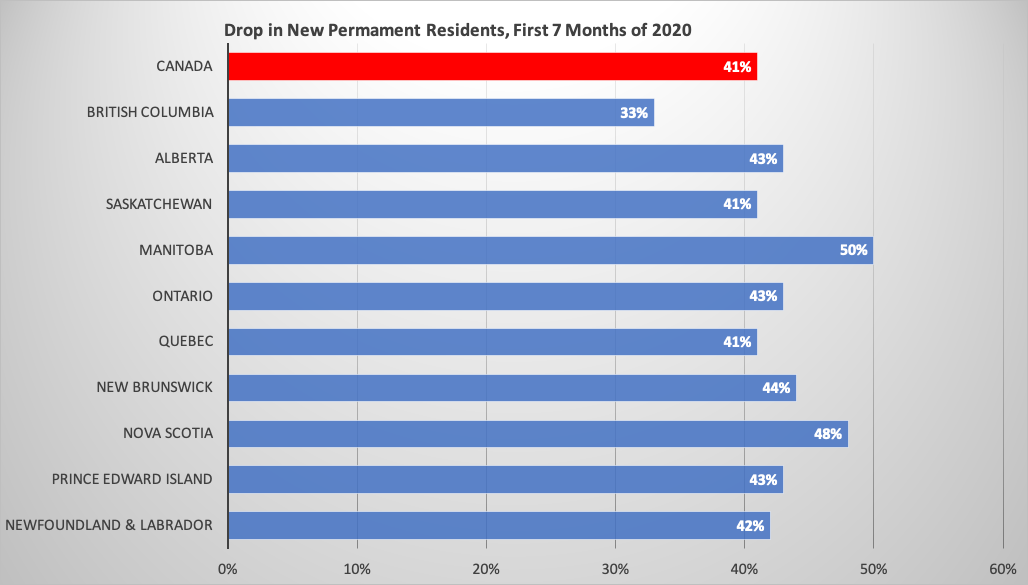 Until restrictions were imposed in mid- to late-March, the number of new permanent resident admissions in 2020 had exceeded 2019.

But the numbers plummeted from there.

Despite the low numbers of coronavirus cases in Atlantic Canada, the percentage decrease of new permanent residents were the second and third highest in Nova Scotia and New Brunswick, which dropped 48 percent and 44 percent respectively.

The real numbers serve to further highlight the reduction in permanent resident admissions.

In Ontario, for example, the figures dropped by 43 percent compared to 2019, but that represented a reduction of nearly 39,000 newcomers in Canada’s most populous province. 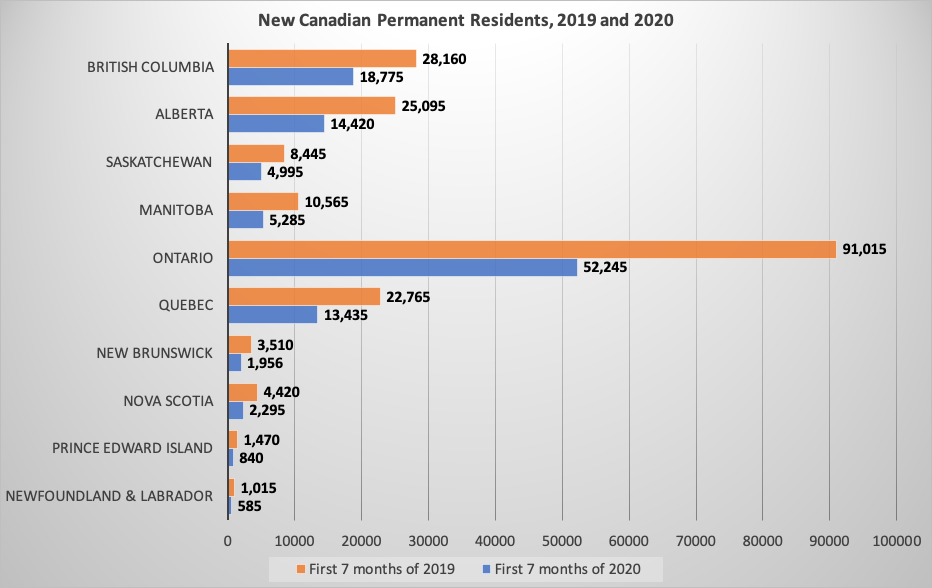 On a month-to-month basis, Canada immigration numbers dropped off in July, halting the recovery seen in May and June.

Figures show 13,645 new permanent residents were admitted during the month, nearly 30 percent down on the 19,180 admissions in June.

July’s figures are also dramatically down on the same month of 2019 when 36,615 new permanent residents were admitted.

International travel restrictions due to coronavirus are still in place and the Canada-U.S. border is still closed. 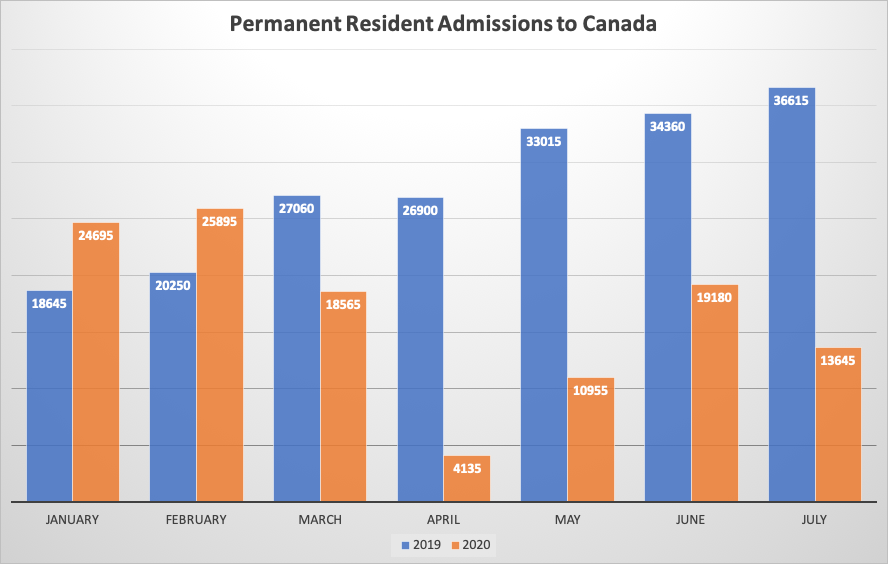