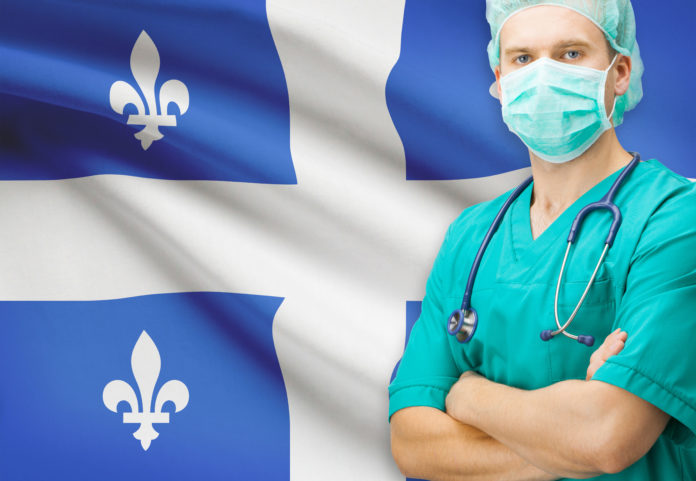 “I am very proud to announce this project to recruit nurses which is part of our action plan to recognize the foreign credentials of immigrants,” said Boulet.

These Quebec Employers Can Now Hire More Temporary Foreign Workers
Quebec Labour Shortage: Top 10 Most In-Demand Quebec Jobs
All You Need To Know About Immigrating To Canadian Province of Quebec

“This project will allow us to speed up our international recruitment efforts and the recognition of the credentials of these nurses who will quickly help resolve labour shortages in our health network and social services.”

The immigration minister says the initiative will include settlement services to help newcomers integrate into Quebecois society and the provincial labour force.

“This is a win-win for Quebec and for skilled immigrants who are ready to lend their skills to improve our health network,” he said in French.

Quebec is hoping to recruit these nurses from the heavily-francophone countries of Algeria, Cameroon, Morocco, Tunisia, and Mauritius Island and have them work in the outlying areas of the province, including the Abitibi-Témiscamingue, Côte-Nord, Bas-Saint-Laurent, Gaspésie, Saguenay-Lac-Saint-Jean, Baie James and Outaouais regions.

Successful candidates will be paid $500 weekly for up to a year during their training at a local CEGEP, a community college in Quebec, while they work to get their credentials recognized by Quebec’s Order of Nurses.

While in school for those nine months to a year, the candidates will also be allowed to work as nurses’ aides for up to 20 hours per week while in training and full-time during school holidays.

The cost of the program is being covered by Quebec’s immigration department, the Ministre de l’Immigration, de la Francisation et de l’Intégration (MIFI).

This immigration program doesn’t just allow the prospective nurses to come to Quebec. It also allows them to bring their spouses, who will be given open work permits, and their children.

Quebec and Ottawa Working To Speed Up Processing Times

Education Minister Danielle McCann said the new immigration initiative will allow the province to quickly boost the number of healthcare workers in Quebec.

The first group of nurses to come to Quebec are expected to arrive this autumn with more settling in the province throughout 2023.

During the past year, Quebec has become even more bullish on immigration as a means to resolve its massive labour shortages.

According to the new immigration minister in Quebec, the Canadian government still has a long way to go when it comes to its processing times for applications for economic immigration and study permits for international students.

The processing times for applications for permanent residency in Quebec were reported last year as being more than two years long, 27 months, compared six months in the rest of the country. The situation was also getting worse, not better.

In 2019, the processing time for applications to Quebec was 19 months.

Last month, Canada’s new immigration minister, Sean Fraser, took action on the file and met with Boulet. Although no details of the outcome of that meeting have been released, the Quebec politician described it earlier this month on Twitter as a “good meeting”.

“I reminded him that Ottawa must speed up the process of admitting economic immigrants selected by Quebec and the issuance of study permits for francophone international students,” tweeted Boulet in French. “My counterpart has assured me of the cooperation of Immigration, Refugees and Citizenship Canada (IRCC).”

“Canada and Quebec are continuing to work together to move forward on our joint priorities,” tweeted Fraser. “Canada is committed to protecting the French language by welcoming more francophone immigrants to Quebec and the rest of the country.”

As Canada rolled out its vaccine program and put in vaccine passports at the border to allow international travel to resume, Quebec welcomed 50,170 new permanent residents in 2021 compared to only 25,225 the previous year when the COVID-19 pandemic slowed immigration to Canada to a trickle.

Despite successive waves of COVID-19 affecting Canada, Quebec’s boom in immigration allowed it to welcome almost 23.7 per cent more new permanent residents last year than the 40,565 that arrived in 2019, the last full year before the pandemic.